Makow - A Sneeze Could Gulag You 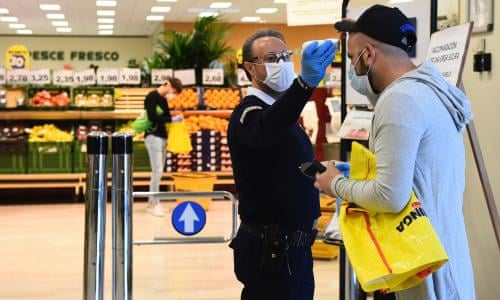 They've weaponized
the common flu to
control us.
You want to fly or eat?
Play along.
Do you want a job?
Same again.
by Henry Makow Ph.D
As we disembarked from our flight, a passenger said I was the only person who coughed, yet did not wear a mask consistently.
"I have acid reflux," I explained. "I cough after I eat."
"Still it's common courtesy," he replied.
It's no longer about whether you have COVID-19 or not, it's about obeying the rules.
Ultimately, the person who does not obey the rules will be considered sick. COVID-1984.
Just sneezing or having a runny nose, things that used to be commonplace, now potentially make you a Public Enemy.
At Mexico City airport, my temperature was checked four times. But not once in Canada.
On our flight to Toronto, there were a dozen Mexican laborers. Apparently, even in hard times, there are no Canadians willing to do the dirty work.
What are the chances these laborers will self-quarantine for 14 days? What are the chances they will be fined and jailed? 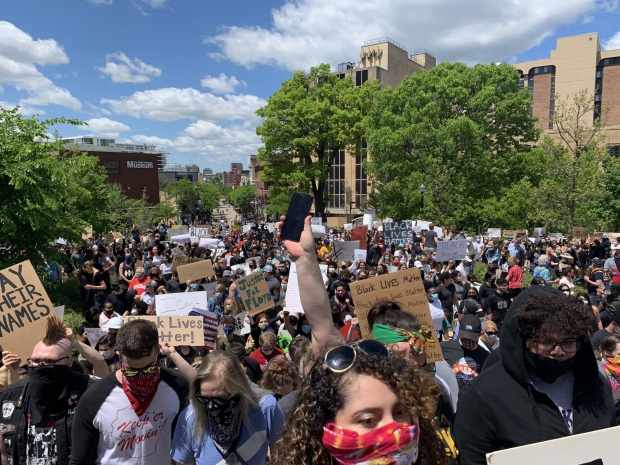 Self quarantining and social distancing are only for the goyim. They don't apply to people who serve the NWO agenda.
MEXICO/CANADA
I spent the winter in Mexico to check it out.
I expect there will be a nuclear war during Trump's second term.
I never expected another calamity to occur this winter.
Returning to Canada is like returning to a war zone.
The banker-controlled establishment is attacking the general population.
The cure is 100x worse than the disease. The financial security of millions of people has evaporated. More people probably committed suicide than died from the virus. This stunt is unforgivable!
Most victims actually died of other causes. The statistics have been distorted.
They've turned us into marionettes.  Social distancing. Mask-wearing. It's just the flu folks. Only the dying die from it. 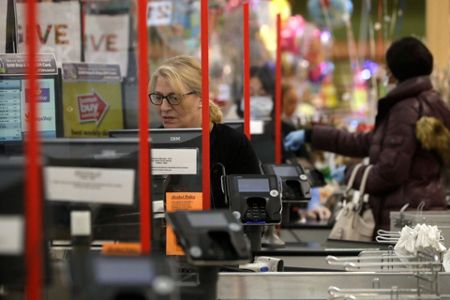 I return home to find most banks branches closed; restaurants and coffee shops doing take-out-only from behind plexiglass windows. Every customer is a deadly threat.
Thus employees must be protected. CAA won't provide rides to stranded members. Contact customer service and you must listen to a diatribe about the virus, and how they want to help you.
People are rioting due to police brutality while supinely accepting the loss of their basic freedoms. They sacrifice so much upon a sketchy pretext and don't even question it. Such is our faith in our leaders.  Such is the control exercised by the mass media.
The pharmaceutical industry is a criminal conspiracy.  They control the medical profession. Bill Gates, who expects to make billions from the vaccines, has the ear of Presidents and Prime Ministers.
They should have quarantined sick people. Instead, they quarantined the healthy.
When you control the sick, it's called a quarantine.
When you control the healthy, it's called tyranny.
How dare they require citizens returning home to Canada to quarantine for 14 days even if they are not sick, and have no symptoms.
This under threat of penalties of up to $1,000,000 and three years in jail  ...when it is unclear if unsymptomatic cases are even contagious.
They are not even allowed to stop for groceries on the way home from the airport. There is no option to be tested.
A Toronto family got fined $880 for not social distancing -having a backyard BBQ. WTF? Even the Gestapo showed more discernment.
Meanwhile, schools remain shuttered. Dying parent? Forget about hospital visits or a funeral.  Since Canada is a Communist country, there is virtually no criticism from Opposition politicians or from media. 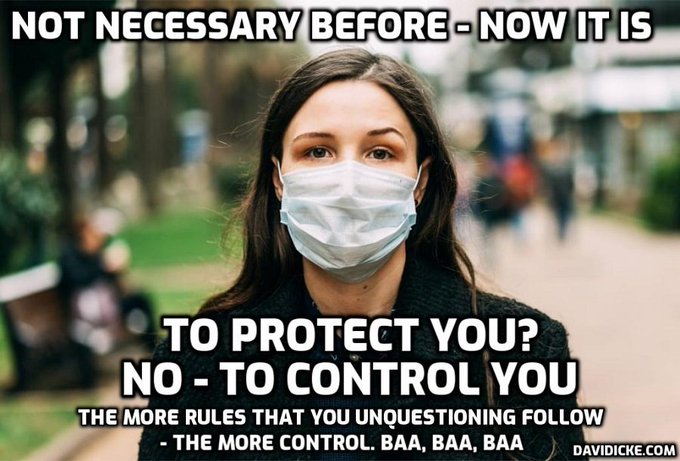 (Masks are not only useless, but they are also bad for you. That's why you must wear them)
How dare the bankers use this flimsy excuse for a pandemic as a pretext to ransack the whole world?
The media is suppressing stories of lives ruined.
Walmart is packed but the little shop that supports a family is forced to close.
F**k the media. F**l the politicians. F**k the bankers. F**k the medical profession.
We'll never "return to normal" because we'll never trust these f**kers again.
----
Afternote:  A Message of Hope
Anxiety is caused by fear.  The war to overcome fear to be courageous and resolute.  God is stronger than his adversaries.
Have faith in God. And serve Him. Lack of Faith is a sin.
---
First Comment from KB-
Last Monday I sent the following LTE to our local newspaper.
"I'm not a medical expert or a statistician, but I am trying to fact check the media's scaremongering about Covid19, as more and more data becomes available.
According to the CDC, 80% of Covid19 deaths are in people over 65, most with compromised immune systems.
https://data.cdc.gov/NCHS/Provisional-COVID-19-Death-Counts-by-Sex-Age-and-S/9bhg-hcku
Using the media reported number of deaths as 100,000, which I think is inflated, would suggest 20,000 deaths in people under 65.
The infection rate for Covid19 in the U.S. is 13.5% according to the CDC:
https://www.cdc.gov/coronavirus/2019-ncov/covid-data/covidview/05212020/public-health-lab.html
The number of people in the U.S. under 65 is 84% or 277million according to The World Bank:
https://data.worldbank.org/indicator/SP.POP.65UP.TO.ZS?locations=US
This would suggest that 37 million people under 65 would test positive for Covid19 and produce a mortality rate (deaths/number infected) of .05%, in other words, half the rate of the seasonal flu (.1%).
The economic shutdown was based on the assertion by the World Health Organization that Covid19 had a 3.4% mortality rate and British epidemiologist Neil Ferguson's estimate of 2.2 million deaths in the U.S.A. if there was no shutdown. Both estimates were wildly off by a factor of more than 20:1.
In hindsight, the proper course of action would have been to quarantine the nursing homes, intensive care wards, and people with known immune problems while allowing the healthy people under 65 to work and attend school. The progression of the virus through this population would lead to herd immunity, prevent the second wave in the fall, while maintaining economic stability for 40 million low wage workers. "
------------
I received no acknowledgement, so on Wednesday I called their switchboard to inquire and was told: "the offices are closed due to the pandemic".
Total stonewall. They are still publishing a paper daily, so they are working in some place.
They were recently sold to a larger outfit, dropped all pretense of impartiality, eliminated the online comments, and basically reprint NYT and WA Post editorials. I canceled my subscription.
BTW, I live in Illinois where the Democratic governor shut us down completely. Illinois is about the same size as Sweden, we have over 6400 deaths to Sweden's 4800, so what did we gain by shutting down?
Your mask is your symbol of submission to the state.

Comments for "Makow - A Sneeze Could Gulag You "

Your mask is your symbol of submission to the Jewish state.

Who with a lick of intelligence trusted them in the first place?

" another 5 trillion was looted in the form of debt that you, I, and our children will repay forever."

Nobody will repay the debt as such, that would be impossible. They will continue creating fiat by the trillions until the whole pile of shit blows up. They have no choice. It's over man. Look at Chaz in Seattle. Insurrectionists kick out the police and take over six square blocks and nobody does anything about it. How about all the other rioting and looting? Where is the police/government?

I've been reading your sites for about 3 years now, and your articles are nothing but stone-cold truth!

Your latest write-up "A Sneeze Could Gulag You " rings home clearly. Humans increasingly being enslaved yet the only thing they care about are useless 'entertainment', promiscuity and lots of irrelevant nonsense while letting the real issues (like the Corona scam) slide.

This situation is not different in other parts of the world and especially in (West) Africa where I reside. That part of Africa is becoming an imitation, albeit, a poor imitation of the West in all the wrong things.

Most African governments and institutions are just too thoughtless, useless, and corrupt. In Nigeria for example, people have died from police brutality, bandit attack, and preventable diseases than the so-called academics. Those that contracted the virus are well under 15,000 with less than 1000 deaths I think, in a country of 200m+ yet the whole country is still in some form of lockdown. Such is the type of stupidity found today.

They shut down their countries, destroyed their respective economies and people's livelihood without providing any real form of palliative, and yet, the sheeple obeyed because they've been convinced that the scam is real. Thank God the situation is changing.

Other West African countries like Ghana have woken up to see the extent of damage the scam is doing to their economy and have relaxed restrictions.

I've also long figured out by independent observation, thinking (also thanks to you and a host of others for more exposition) that the whole thing is nothing but a scam. Till today, I've not met anyone that knows anybody that has contracted the virus. None!

I never wore the darn nose mask for a day! I almost burst into laughter when I see people religiously donning the mask and looking at others without mask as like devils sent from beyond to kill them. They really think another healthy human being will give them the virus! Such saddening ignorance!

It has been hard to find others in or outside my age bracket who had also figured out the scam clearly. It's a sad one!

Keep writing and exposing the ongoing evils, we the young ones are increasingly listening and spreading the word.

The COVID and ANTIFA PSYOPs are both designed to eliminate elected constitutional government from the free world by fraud and domestic terror.

The COVID psyop that is being perpetrated by the CDC and its oligarchs and propagated through the MSM can only be effective if the people cooperate. I wouldn't worry too much about the COVID fiasco much anymore because as they continue to take away the authority of the police and the national guard they'll have no way of enforcing their decrees on the public anymore.

The ANTIFA fraud is a premeditated color revolution designed to overthrow President Trump and Constitutional Government in America. They also will fail because they don't have the numbers or the arsenal to conquer over 350 million
Americans citizens.

What worked in the Ukrainian Color Revolution won't work here.

Slight correction: We'll never "return to normal" because most of the population has bought all this bullshit and agreed with it!

I can only admit: F**k the Sheeple!