Police Abolition Has Been Tried & Failed 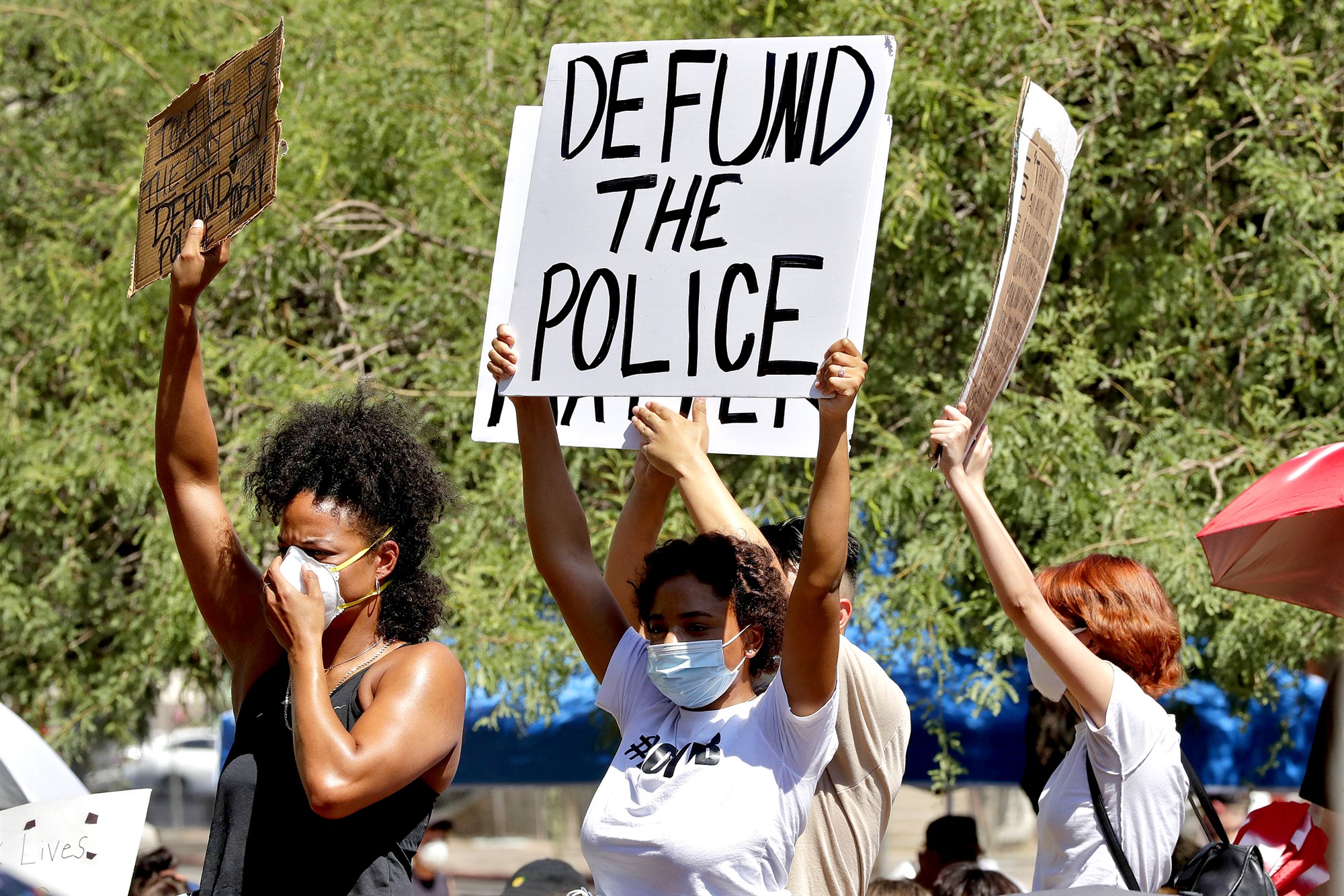 Abolishing police abolishes the concept of crime, and rebrands it as a health issue:
"In the Therapeutic State everyone is potentially crazy and therefore could be mind-altered with pharmacological treatment; in the Law-based Society, everyone presumably is aware of the basic elements of law and are responsible for being law-abiding, and crimes are judged and punished as a deterrence factor against the temptation of crime."
Yoichi Shimatsu:  "With BLM, we are dealing with social insanity, this is no longer politics or legality, but pill-delivered mental straitjackets. Pure subjectivity without objective reality, aka psychosis. MK-ULTRA .... seems to be the present goal of the Deep State and Academia.  And the problem is that THEY ARE CRAZY .... but WE ARE SANE. The lunatics are running the asylum."
By Yoichi Shimatsu
(henrymakow.com)
The City Council of Mnneapolis' plan to eliminate the institution of a police force has already been tried and failed terribly.
Here is the summary of the proposal for non-forceful response versus police intervention as laid out by councilman Steve Fletcher: 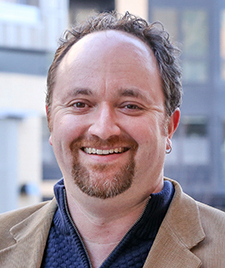 "We had already pushed for pilot programs to dispatch county mental health professionals to mental health calls, and fire department EMTs to opioid overdose calls, without police officers. We have similarly experimented with unarmed, community-oriented street teams on weekend nights downtown to focus on de-escalation. We could similarly turn traffic enforcement over to cameras and, potentially, our parking enforcement staff, rather than our police department."
The response to criminal acts with emergency medical teams under mental health professionals was tested experimentally at 200 hospitals, sanatoriums and prison across the USA and Canada under MK-ULTRA.
The Therapeutic State experiment failed to "cure" criminal impulses and violence, but in fact increased the scope of psychologically motivated crimes, many de-linked from economic factors, with the innumerable incidences of mass murders with no apparent purpose other than a perception in the assailant's mind.
Psychiatric care as a remedy for criminal behavior presumes the criminal is not making rational decisions based on his financial situation, limited available options for economic solutions or simply bills to pay.
Instead this mind-centered approach presumes that criminal to be psychologically deviant or emotionally unbalanced  The logical result of this subjective approach to criminality is an Inquisition, meaning a sustained effort to purge the errant individual of his or her psychological disorder or possible organic disease in the brain, which then leads to massive "therapy" with psychiatric drug prescription, methods of suggestion, and other types of intervention.
This is in stark contrast with standard judiciary and enforcement norms, which presume the criminal has a rational conception of normative law-abiding standards and therefore recognizes the risk of being detected and put on trial and serving time in prison.
The law does not presume to judge a person's mind or subjective viewpoint, but simply sets limits of lawful behavior and defines in detail unlawful activity.
So in the Therapeutic State everyone is potentially crazy and therefore could be mind-altered with pharmacological treatment; in the Law-based Society, everyone presumably is aware of the basic elements of law and are responsible for being law-abiding, and crimes are judged and punished as a deterrence factor against the temptation of crime.
The objectivity based Legal State, therefore, has clear limits of action, due to the assumption of innocence until guilt is proven; whereas the Therapeutic State presumes most people are insane to a greater or lesser degree and that the solution is medication to prevent criminal actions.
Under this presumption, the whole of Society itself is presumably a seedbed of madness, the World as Insane Asylum as in the play Marat Sade by Peter Weiss, in which the lunatic asylum is run by a dictatorship of the inmates.
This is the Brave New World of Black Lives Matter, everyone is insane and in dire need of psychiatric drugs.
--------
Related - Trump- "There won't be any defunding of police"
https://en.wikipedia.org/wiki/Political_psychiatry
https://www.hugedomains.com/domain_profile.cfm?d=4thmedia&e=com
https://sec.report/CIK/0001372879
https://web.archive.org/web/20170114161613/http://www.4thmedia.org/aboutus/
Thanks to K!
First Comment from SC
In the US, prison recidivism is approaching 80%. One the other hand Norway has a recidivism rate of about 30%.
Why the difference? Norway requires all inmates to go through psychotherapy. This is by far the best approach. However the Industrial Prison Complex of the US will fight this to the end. It means their profits will be slashed.
However there is also a problem thinking that crime is caused by mental or emotional issues, the bleeding hearts abolish-the-police crowd doesn't take into account is that there are those that are incurable, such as narcissists, sociopaths, psychopaths, etc. that need a police force to deal with them and keep the public safe from these monsters.
Police numbers could be reduced with this approach, but they should not be eliminated.
I have heard from clients of many abuses, drug dealing and even murder committed by police and some bad cops are making all police very unpopular in many towns and cities. This too is something that needs addressing. There are also sociopaths that are within law enforcement  and I have personally found cases of law enforcement personnel being worse than the inmates they are guarding. Police should also be required to go through psychotherapy and evaluated every few years. The power hungry and those with mental issues must also be eliminated.
I have also run into corrupt psychotherapists that will for a fee pass your dog for the police force. I know a prominent therapist that takes her fee dealing with sex offenders and never sees them in her office. The sex offenders are happy, the therapist is happy and the police look the other way.
Another issue is that there are  people on anti psychotic drugs may stop taking their meds and then relapse into crime.
Believing that therapy is a cure all, is a huge mistake, but not having therapy for offenders is also a huge mistake.
JG
The Mayor and the City Council of Minneapolis have taken insanity to the point of no return. They still believe the friendly rioters and friendly looters are not in need of policing in the city of Minneapolis. Well, now they don't have much of city left to worry about as the legitimate citizens are packing their bags and getting out of Dodge. The Psychotropic Drugs they're on didn't do the job this time and they won't do the job the next time either.

Comments for " Police Abolition Has Been Tried & Failed"

I believe that the potential abolition or
even serious defunding of the police, in majority non-Muslim countries, particularly in dense urban areas with high concentrations of Muslims, such as Minneapolis, would most likely leave an
opening for Sharia law to fill the void.

Just read your article on the riots. I fear that Minneapolis and other big cities just may abolish their police Dept by firing everyone, then cherry-pick brownshirt communist types to replace the police and give them a nice name like the people’s compassionate posey. Now because the police unions own the liberal politicians, the unions who are leftists too, would immediately be allowed to unionize the new group to keep the power in balance and the cities would have no resistance to Totalitarian rule of the people to move towards socialism, communism and the loss of freedoms of all kinds.