Why Satanists Have Sexualized Society 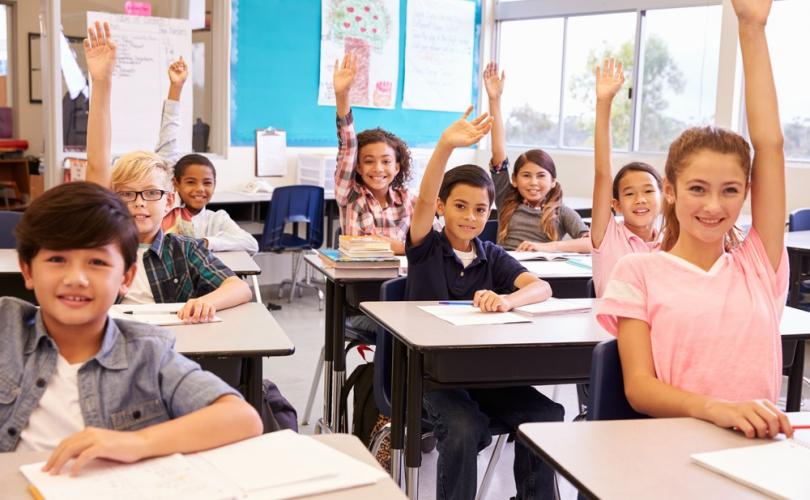 (Children! Who would like to be sodomized today?)
Satanists dehumanize us by reducing every relation to
a sexual one. There are no relationships based on love,
concern or friendship, just predatory sexuality.
An adult cannot address a child without being accused of
pederasty. Two men cannot be friends without being thought
of as homosexuals. People seek lifelong mates on the basis of
sex appeal  etc.
New sex ed teaches New Jersey minors about sodomy and how to consent to it
By Martin BÃ¼rger
WARNING: The following article contains sexually explicit language and material.
TRENTON, New Jersey, June 8, 2020 (LifeSiteNews) -- The new standards for sex education in public schools of New Jersey push homosexuality and gender ideology, as well as abortion and contraception. Children are taught about giving "consent" and how to decide "whether and when to engage in sexual behaviors" such as "oral" and "anal sex."
Abortion giant Planned Parenthood was one of the organizations that had worked with the state's Department of Education to prepare the new standards.
"Modeled on the National Sexuality Education Standards -- the gold standard for sex education -- the new guidelines and educational requirements feature an updated, more comprehensive curriculum that includes expanded content topics, including LGBTQ identities and consent," wrote Planned Parenthood Action Fund of New Jersey in a press release.
The standards want students by the end of high school to "[a]dvocate for school and community policies and programs that promote dignity and respect for people of all genders [sic], gender expressions, gender identities, and sexual orientations."
"Analyze the influences of peers, family, media, social norms and culture on the expression of gender, sexual orientation, and identity," another standard reads.
SUBSCRIBE to LifeSite's daily headlines Email address SUBSCRIBE U.S. Canada World Catholic Additionally, students need to "[c]ompare and contrast the advantages and disadvantages of contraceptive and disease prevention methods (e.g., abstinence, condoms, emergency contraception, dental dams)."
They are also supposed to "[a]nalyze personal and societal factors that can influence decisions about pregnancy options, including parenting, abortion, safe haven, and adoption.
Per the new standards, sex education is not limited to high school. By the end of middle school, students already need to "[d]ifferentiate between gender identity, gender expression and sexual orientation" and "[d]evelop a plan for the school to promote dignity and respect for people of all genders [sic], gender identities, gender expressions, and sexual orientations in the school community."
Middle school is also the time for children in the Garden State's public schools to define "vaginal, oral, and anal sex," as well as identify "short and long-term contraception and safer sex methods that are effective and describe how to access and use them."
By the end of grade 8, students must learn to "identify factors that are important in deciding whether and when to engage in sexual behaviors," the standards state. They must be able to "identify factors that can affect the ability to give or perceive consent to sexual activity."
Students learn about abortion in middle school as well.
Elementary schools already have a section in the official standards for Comprehensive Health and Physical Education dedicated to "sexual health."
DROP Disney+: New teen film 'Out' features openly homosexual main character! Sign the petition here.
New Jersey wants young children to study "the range of ways pregnancy can occur (e.g., IVF, surrogacy)." The difference "between sexual orientation and gender identity" is also mentioned, as well as sexual orientation.
What sounds harmless in grade 2 -- "Discuss how individuals make their own choices about how to express themselves." -- is explicit by grade 5: "Differentiate between sexual orientation and gender identity[.] ... Demonstrate ways to promote dignity and respect for all people (e.g. sexual orientation, gender identity and expression, race, ethnicity, socio-economic status, differing ability, immigration status, family configuration).
While the standards mention consent, abstinence, and adoption, a new publication by the Family Research Council (FRC) has pointed out that these buzzwords are often without meaning.
The term "consent" is no longer used exclusively "to equip kids to resist committing, or being a victim of, sexual assault." Rather, "[t]he 'consent' movement seems less about avoiding assault and more about promoting sex and sexual rights."
The FRC publication quoted the Guttmacher Institute, the research arm of pro-abortion Planned Parenthood, which revealed, "Teaching about consent is key to pushing back against abstinence-only messages."
Abstinence, in turn, has nothing to do with waiting for marriage but means "abstinence until your next steady boyfriend or girlfriend."
New Jersey is only one of many jurisdictions imposing explicit sex education curricula on public school students. Parents in Fairfax County, Virginia, for example, are told an abstinence lesson will talk about "the benefits of abstaining from sexual activity until marriage." However, as the publication found out, "the word 'marriage' never appears anywhere in the lesson!"
Regarding adoption, "Virginia law requires that students be taught about both adoption and abortion, but for more information on making an adoption plan, the lesson script in Fairfax County refers students to Planned Parenthood," according to the FRC booklet. According to its 2018-2019 annual report, Planned Parenthood listed 4,279 adoption referrals across its U.S. affiliates in 2018. The organization claimed to have committed 345,672 abortions over the same period, meaning a ratio of about 80 children aborted for every adoption referral.