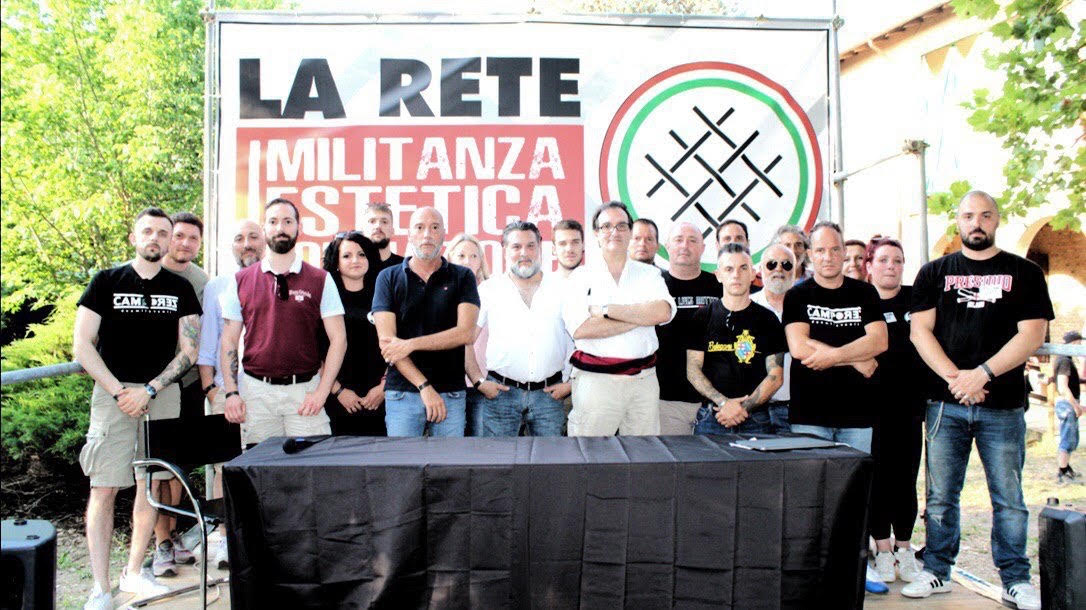 CAMPO ZERO: THE INAUGURAL CAMP
OF "LA RETE" IN ITALY
There is a New Nationalist conservative
movement in Italy
by Marzio Gozzoli
(henrymakow.com)
Despite the so-called "Pandemic" restrictions, the new Italian nationalist movement of La Rete ("The Network") had decided to hold a summer camp for approximately 200 leaders and active militants on July 4th-5th in a location called "House of Patriots" in Solarolo, near Ravenna.
The camp was called "Campo Zero" to underline that it was a new beginning in the nationalist struggle.  Several ideological, cultural, and organizational conferences were held in order to explain the tactical and strategic objectives of the movement as well as the particular functions of the different Commissions and Offices.
Among the Commissions are the Legal Office (that is already quite busy against Facebook) and satellite associations like "Praesidium" (cultural front) and "Rete Studentesca" (Youth Front). There will also be a new sports association launched.
Special instructions regarding propaganda and the use of social networks were given to the activists by experts who explained that the situation is continually changing and therefore it is important to understand the change and adapt our tactics accordingly. 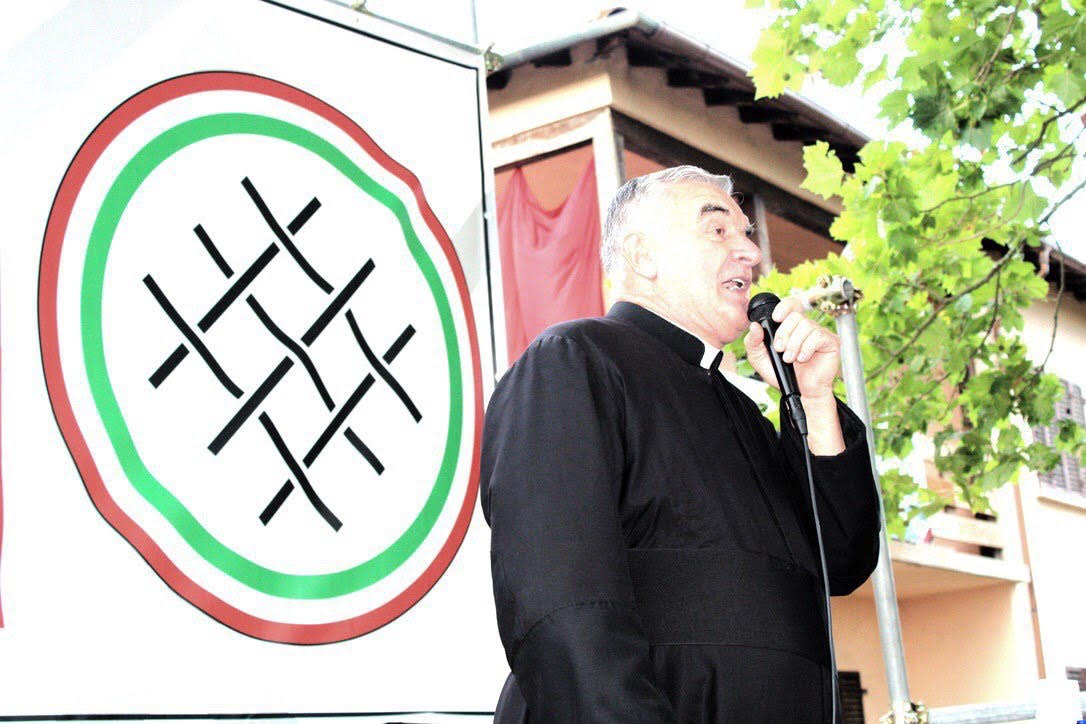 Father Giulio Tam, left, probably the most famous Italian traditionalist priest, celebrated the Mass (in Latin) on Sunday and exhorted the militants to be ready to fight like the warriors in the battles of Lepanto, Vienna, and the Spanish Reconquista.
Several guests representing other right-wing political, cultural, and assistance groups were present. Agreements were reached regarding coordinated militant actions, assistance for political activists arrested under false accusations as well as cultural activities.
This is the first step to achieve real cooperation and build a common front for nationalists. The leadership of the Rete made several important decisions: the recruiting and membership campaign was officially launched, five new official spokesmen have been nominated for different areas of the country, the Movement will participate in the political campaign against the new "homophobia" law  (which is in fact in contrast with freedom of speech and opinion) and in other political battles and the Associazione Evita Peron is organizing the Colonia Evita Peron, the summer camp for children (again in the House of Patriots).
Several discussions about particular aspects of the struggle were held by selected groups of militants, regional leaders reported about the political situation in their areas and women seemed to be particularly helpful and active. Campo Zero, however, was not just speeches and meetings. The local activists provided an excellent organization, good food, and security at the entrance. The comrades had the opportunity to purchase books, Soldato Politico t-shirts, etc. and last but not least, after the lockdown, to enjoy the joyful atmosphere,  especially during the meals and on Saturday night, during the music concert with the FVM band.

Thank you so much for your very valuable work, Henry. Thanks for posting on the Italian nationalist movement, that is so so great to see. Great to see men organize and stand up. We need that in America and Canada right now. Right now. The Talmudic communist kabbalistic control of media and education and social media giants has kept down and silenced the voice of our nationalist obligations and survival far too long. We need a plan of action right now in America to assemble a multiple million man organization to win back our Western heritage and culture.