Mike Stone - Don't Buy the Promise of a Return to Normality 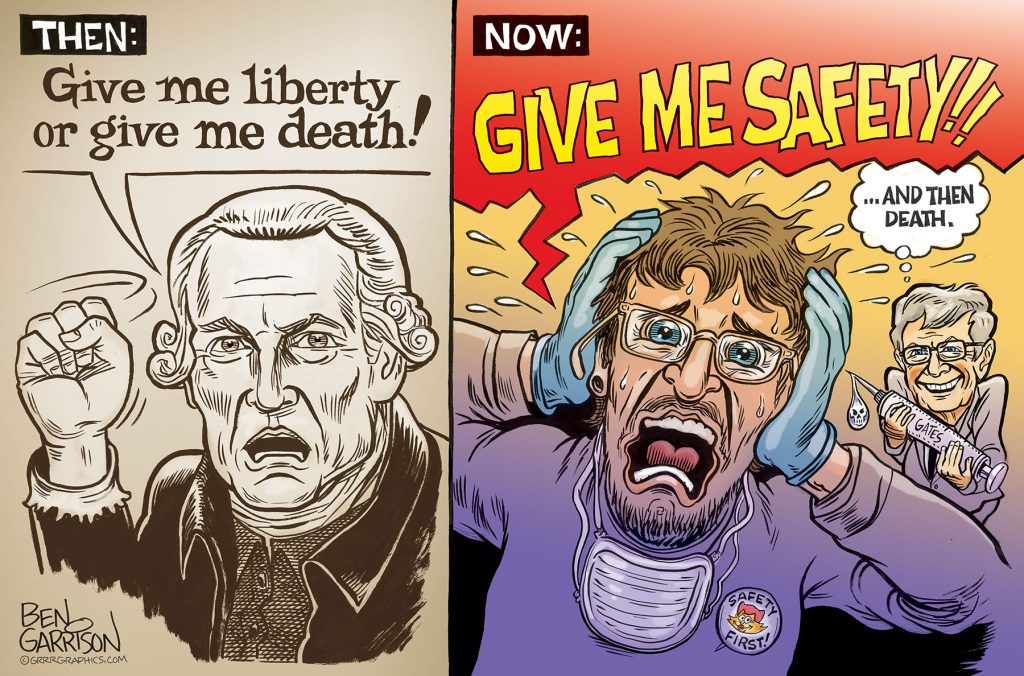 How Clueless Are Blue-Pilled Americans?
"The truth is life as we know it - or did know it - is over. Kaput. Finished. It's not going back to the way it was. You need to prepare yourself for that because things are going to get worse. A lot worse."
It's the end of the world as we know it And I feel fine - R.E.M.
by Mike Stone
(henrymakow.com)
Believe it or not, I have friends and family members who still think we'll be going back to normal at some point.
They have no concern about where the country or the world is headed. Their most troubling thoughts are what's on the boob tube tonight, whether they'll be able to take their annual summer vacation, and how their Disney, MacDonald's, and Microsoft stocks are performing.
Speaking to them about the urgency of our situation is like talking to a wall. They have no conception of communism; they've never heard of Marxism, and they think Vladimir Lenin was a songwriter for the Beatles.
The friends and family members I've just described represent tens of millions of normie, blue-pill Americans all across the country.
They were the first to don face masks before anyone made them mandatory, the first to snitch on their neighbors for sneezing, and they will be the first to line up for the unproven vaccines rolling out later this year.
You see, they think all they have to do is wear their mask, take the vaccine, and insist that everyone else does the same, and then life is going back to normal.
How clueless they are. 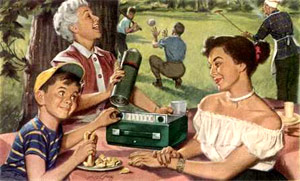 BYE BYE NORMALITY
The truth is life as we know it - or did know it - is over. Kaput. Finished. It's not going back to the way it was. You need to prepare yourself for that because things are going to get worse. A lot worse.
I can't tell you exactly what's going to happen, because the situation is fluid and there are numerous factors involved. However, if you are a student of history, you can pretty well guess what's going to happen and it won't be pretty.
Any American with an ounce of sense needs to prepare their body, their mind, and their financial situation for what's going to take place. If you're not exercising, you damn well better start. If you're eating any form of junk food or fast food, you damn well better stop. If you don't have enough money saved up to live on for at least one year, you damn well better start saving.
On top of all that, the best advice I can offer you is to get right with God. For me, that's traditional Catholicism. If you're engaged in any kind of sinful behavior, you'd better stop immediately and start repenting. There may not be time to do that when the you-know-what hits the fan.
If you're living with family members, you need to wake them up. Pronto. Their survival is going to depend on the choices you make. Your survival is going to depend on the choices they make. The same with your friends. If anyone in your immediate circle is too stupid to see the writing on the wall, you might have to cut them out of your life. It's going to be every man for himself.
If you're feeling agitated right now, well so am I. Anyone who isn't agitated at this point in time is either dead or a moron or both. Don't listen to the boomer commentators or Conservative Inc. shills who think Trump is going to win in a landslide and then everything will be back to normal. In the first case, he might not win. And in the second case, even if he does win, it doesn't mean anything is going back to normal. Because it isn't.
Start today. Start purging your life of anything and anyone who isn't clued into the current situation and willing to act accordingly. Your survival depends on it. Reality as we once knew it no longer exists. We're living in a new America.
-------------------
Mike Stone is the author of A New America, the first novel of the Alt-Right, a dark comedy set on Election Day 2016 in Los Angeles - - Available on Amazon.
First Comment from Robert K
From the article:  "It's going to be every man for himself."  Under the dictatorship of finance and its constant constriction of economic activity, particularly of consumer income (as opposed to financial debt, which is allowed to expand endlessly), such survivalist atomism is what has already brought society to the edge of total disintegration. I hardly think that a more rigorous pursuit of self-interest is going to promote the restoration of societal sanity.
And what kind of idiocy is "prepping", and stashing away cash (which will be obsolete), when a comprehensive surveillance system will be monitoring your every action--even in the hills.

I noticed this desire for safety really taking hold after 9-11. I recall talking to a relative when the decision was made to remove your shoes before being allowed to walk through a metal detector. I tossed around the idea that I would gladly trade 10 planes blowing up around the globe in a single year if it meant a return to normalcy. Being allowed to board a plane by walking through one metal detector, like in the 1970s, would fit my definition of normal.

Needless to say, we disagreed as she thought safety was the most important element to life. I would rather see a ban on men wearing sandals, and people bringing their own weird and often odorous food on board. You know, a return towards a little class. Maybe behave a little better on a plane with strangers like people seemed capable of in the not so distant past.

“What you believe” is signaled in the mark, which is about the love of money, the flesh, carnality. If people don’t get this, they are lost.

Robert P [below] is way off with his claim that the 'great whore' of Rev 17 is the Roman Catholic Church.

Rev 11:8 tells us 'the great city' is where the Lord was crucified... Jerusalem.

Rev 17:9 the 'seven hills' on which the woman sits are the seven hills of Jerusalem. i.e., Mount of Olives, Mount Scopus, Mount of Corruption, Mount Ophel, the Original Mount Zion, the New Mount Zion and the Hill on which the Antonia Fortress was built. This is why the understanding requires wisdom, not a simplistic conclusion that the city of seven hills is Rome.

Rev 18:10 the 'great city is Babylon' whose doom has come... Jerusalem

The woman (Jerusalem) is riding 'the beast', i.e., satanism.

These verses obviously point to Jewish domination over the whole earth that you regularly point out.

I doubt that you want to get into a long theological discussion on Revelation but, the rest of Robert P's eschatology is likewise unreliable.

Mike Stone you state: “The best advice I can offer you is to get right with God. For me, that's traditional Catholicism.”

The “Great Whore” of Revelation 17 is the Roman Catholic Church.

The “Image to the Beast” is the “World Council of Churches.”

The issue is always, "Exactly what do you believe ?" Not have you got a “Mark” of some kind.

The right hand refers to "Works" as we work with our hands, Anglican works for the Anglican church.

The "Forehead" refers to which doctrine we accept, as we accept with the mind.

And when Jesus was come into Peter's house, he saw his WIFE`S mother laid, and sick of a fever.

The Anti-Christ spirit is “Religious” the Pharisees, Sadducees, Herodians and the priests who rejected Jesus were not atheists.