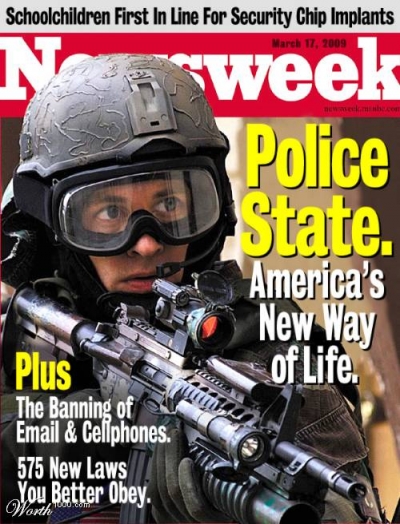 "So that seems to be that. The end of Britain as we knew it. ... I must say I am astonished and saddened that this has happened to the country I love, because of an illness which will likely turn out to kill no more than might die during a very bad flu season*. Astonished and saddened by the fact that we are risking economic meltdown and the untold misery this could bring to the lives of millions in lost jobs, decimated businesses, and a plunging into poverty. Astonished and saddened that a once free people are being caged like prisoners, at a huge risk to their mental health, general wellbeing, and future liberties. Astonished and saddened that so many freeborn people seem to be welcoming all this."
*[Covid-19 has killed around 550,000 in more than 6 months worldwide, and the W.H.O. estimates that flu kills between 290,000 and 650,000 in a season]
Psychologically Locked Down
by Rob Slane
(abridged by henrymakow.com)
What are we going to do if Covid-19 comes back in the winter?
Or Covid-20 comes along next year? Not to mention Covids-21,22,23 etc? Or maybe even really bad influenza? Are we going to shutter our economy every time? Are we going to quarantine millions of healthy people again? The precedent has been set, the fear has been created, the Pandora's Box has been opened. How do we shut it?
We have, by accepting the policy of quarantining millions of healthy people for whom Covid-19 posed almost no danger (fact: the number of under-60s who have died of Covid-19 with no pre-existing condition in English hospitals is 302), shutting places of worship, cafes, pubs, restaurants, etc, and allowing the Government to stoke up fear, acted rather like a person with Obsessive-Compulsive Disorder.
Instead of accepting that the world is a dangerous place, life is risky, and we're all going to die one day, we have instead allowed the apparent threat of a virus to dominate us, to shape our whole way of life, to alter our thinking and our being, to destroy the good things we had, to rid ourselves of the chance to live properly like free people.
Most appallingly, in my view, is what we have done to children, who are being treated like lepers, denied the opportunity to have normal childhoods in a normal environment (fact: the number of under 19s that have died in English hospitals from Covid-19 is 16 with underlying conditions, and 4 without).
Although the worst aspects of the national physical "lockdown" may have been lifted, what I would describe as Psychological Lockdown is here to stay. 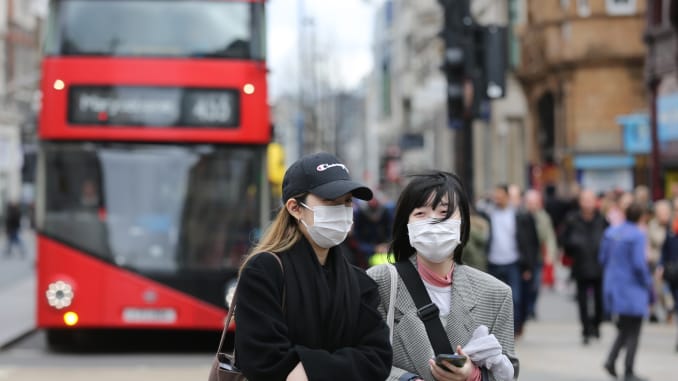 We see it in the increasing pressure, and the soon-to-be state-mandated wearing of face coverings, which is something I had previously associated with some of the more intolerant regimes in the Middle East. The mandated wearing of these secular burkas is hideous, dehumanizing, and extremely unnerving, and the thought of my children having to wear these things and cover their faces is most distressing. It is remarkable that people accept being told to wear these things by a Government which just three months ago went out of its way to tell us that they were unnecessary and that there was no evidence for their efficacy (which there isn't).
I also find it incredible that people can blithely put them on now, of all times, when deaths from the virus have almost come to an end, and yet it doesn't occur to them to ask why -- if the things are oh so necessary -- the Government advised against wearing them in March.
Is this cognitive dissonance on steroids? Perhaps, but then again, I have recently come to realize that many do not simply believe that the Government follows the science; they believe the Government is the science, even if that involves believing utterly contradictory messages from day to day, or month to month:
Firstly, we have put death out of sight, at least partly by building crematoriums out of town, where nobody can see them as they drive past, and so we hardly see death as a thing anymore. And so when people were shown the potential of death coming to their doorstep, and when they were bombarded with spurious figures from this deeply irresponsible Government (Governments are supposed to govern, which requires calm leadership, not fear-porn night after night), they freaked out.
To this day, people freak out when they hear of another 100 COVID deaths or so, seemingly oblivious to the fact that death claims 1,400-1,500 people in this country every day of the year.
Secondly, one of our great national idols, Health and Safety, has rendered us unable to look at life and ask the simple question: is a life spent trying to avoid all risks and permanently sanitizing everything even worth living?
Sounds utterly ghastly, soul and freedom-destroying to me, but it is also counter-productive even on its own terms. The practice of sanitizing our lives means that we do not build up the immunity we should, and so ironically we become more susceptible to illnesses than if we'd got on with our lives and let our kids muck about together in the mud.
Oxford University's Professor Sunetra Gupta has warned precisely of this in relation to so-called "social distancing", which would of course be amazingly ironic, and yet entirely foreseeable. We live in a world of trade-offs and consequences, and we are supposed to think about the possible long-term costs before we take action -- especially drastic ones. But unfortunately, our Health & Safety Commissars have convinced people that it is not so and that we can eliminate almost all risk. Well no we can't, and quite frankly who (apart from Health & Safety Commissars) really wants to live such an insipid existence anyway?
In our desire to pretend death is not a thing; to put health and safety so far above the desire to live like free people; and to trust state scientists to order our lives for us, this is what we've become. 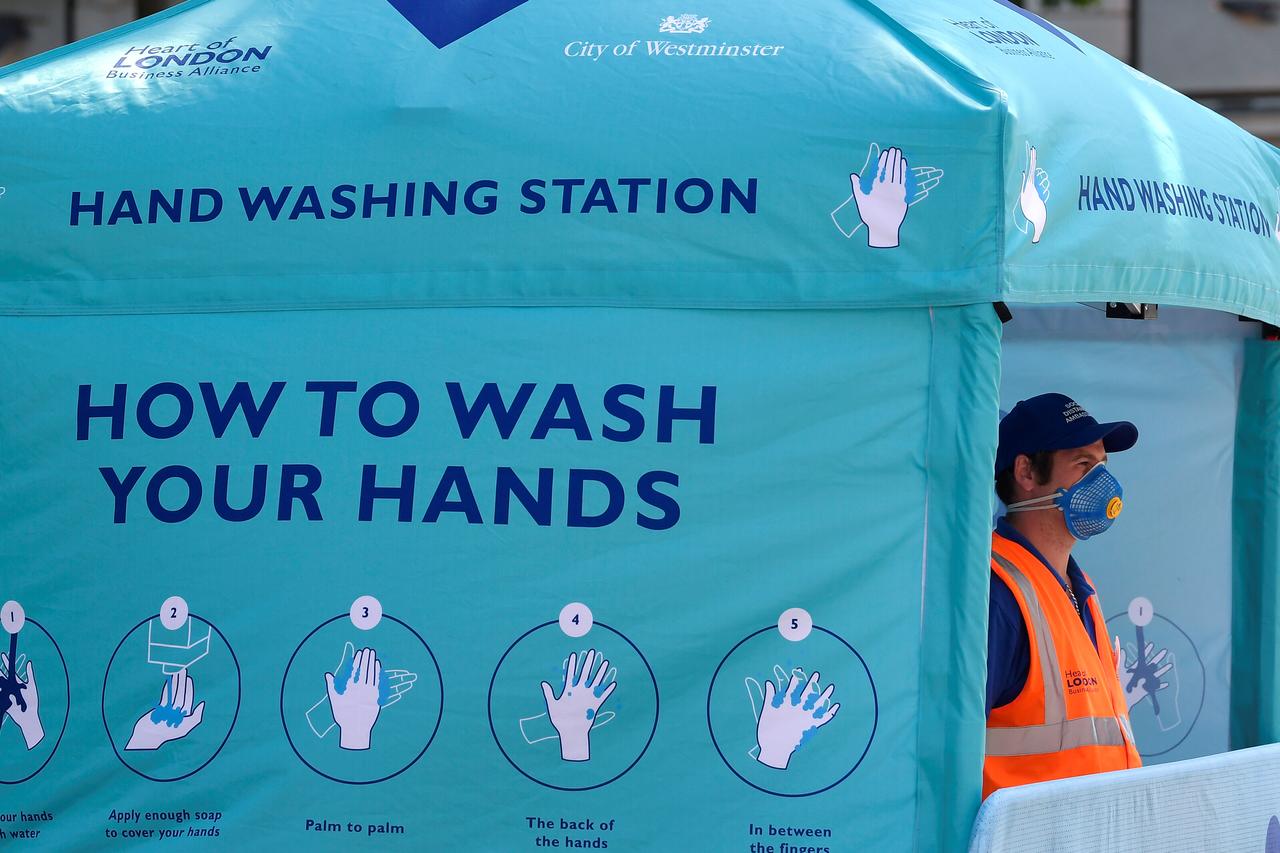 A nation in psychological lockdown, unable to get back to normality, because we have accepted abnormality as a price worth paying for protecting us against a virus that is harmless to all but a few, who could have been protected but were not.
A nation in psychological lockdown, unable to get back to normality, because we have accepted the arbitrary, unscientific diktats of a Government that spooked millions, and are now ready to accept their every imposition in the name of being kept safe.
A nation in psychological lockdown, in denial about the tsunami of job losses, business closures, the resultant increase in poverty, the resultant decrease in life expectancy awaiting us, and yet utterly unable to accept that it was not the virus that did it, but the disproportionate response.
As I said at the beginning, after months of trying to warn people of where this is heading, only to be smeared with insults or met with sheer apathy, I now simply shrug my shoulders in a sort of, "Oh well, have it your own way," sort of manner.
Of course, I continue to pray fervently that the future would be other than the bleak picture I have painted, and as a rampantly Post-millennial Christian, I am 100% persuaded that one day this will indeed be so.
But for the foreseeable future, I'm afraid we've chosen a course where we decided to hand in the keys of our lives and our freedoms to the Government in return for the illusion of safety.
From this there is only one escape -- but that would involve something I'm not sure we're yet ready to do.

The stifling of the children is the mark of a doomed society. Natural affection is being thwarted.

The last several articles lead me to the same thought: Why are we so willing to focus on all the bad guys of the NWO conspiracy, but put so little effort into trying to understand the general public? These sheeple are order followers just like their representatives.

The most significant line I came across in the last several articles was by mr. Fozdyke. He said something to the effect of 'We couldn't do what we are doing without the support of the public.'
I can't think of a better critique of what is going on now than a rant by The Joker, which probably won't last very long on Youtube: https://www.youtube.com/watch?v=DLVdErIxd4c

Thank you for this excellent article. The things said here are so true and well-articulated.
It would be a tragedy to willing go down without a fight and that's what is slowly happening. We no longer have the old Sicilian Mafia or the radical Southern Patriots to do our fighting for us anymore. We have to take the fight on ourselves as people. If nothing is ventured we ourselves cannot gain.

This present generation doesn't understand that someone once sacrificed their lives for the many freedoms we have taken for granted. They believe that freedom and prosperity is given to those who cooperate with the superstate only. If you think this is the case just talk to some of your military veterans or police officers today.

My guess is that the masses will keep cooperating with these bogus decrees because they just don't have it in them to resist.

As per wearing masks in shops, why is that starting on the 26th?

(Here in the UK) Is there no health risk between now and then.

The Ruling Elite wants the public to take the vaccination, which when 5G is turned on will become a “Deadly cocktail.”