The Danger We Face - An Extreme View 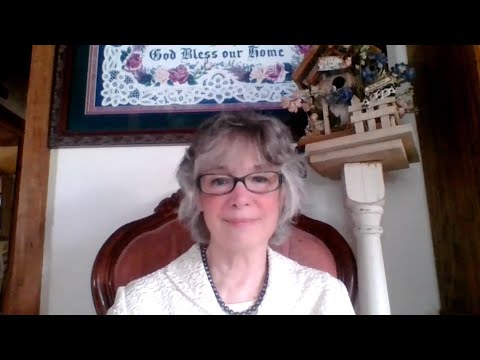 I don't believe any of this will happen.
Nonetheless, one way to ensure it
doesn't is to be prepared.
Subject: Former FEMA Planner interviewed. Must watch video. What is coming in 8 weeks.
﻿ Please watch the 45-minute video with Celeste Solum. She worked as a planner for FEMA for many years, but she is a Christian. She still has connections with people inside our government and the military.
Basically she says there will be another lockdown in 8 weeks. There will be no food then.  They will tell you to go to a major store like Walmart, Cisco, etc.  Then you will be taken to FEMA camps to supposedly get food. There the people will be divided into 2 groups. Those that will be needed by the New World Order and those that won't. Those that aren't needed will be killed by Guillotines that are already installed at the FEMA camps by our military (see the article below). Get what food you can now.
The government has already done studies to see how many people will be like sheep and not fight back even if they have guns. They said that It is 90% of the population. Probably 3-6% will fight as they come to get your guns. Even those who have guns will be so sick from the viruses they are dropping on us that they won't be able to fight much.
She gives a breakdown of all the things coming our way. Solar minimums, lack of food, etc. All the planetary and other cycles are coinciding in this year. The governments are just taking advantage of them to take over the country and enslave the population.
She says our own government has planted tactical nuclear bombs in our nation to create a false flag attack. FEMA did practice drills with imaginary tactical nuclear bombs in the New York subway, etc. Other countries have small nuclear bombs planted in our country too. So when the bombs go off you won't know if it is a foreign government or our own government detonating them. Anything will be used to create a crisis.
President Trump signed the emergency powers in January when Covid started that gives FEMA and the military the power to do this. We are basically under the Military and New World Order control now. It looks like all our past and present presidents Both Republicans and Democrat have been working for the New World Order all along.
Thanks Tony
---------------------------
Related: BREAKING: Thousands of guillotines pre-positioned across America for left-wing terrorists to execute conservatives, Christians and Whites in the unfolding CIVIL WAR | The Common Sense Show
---
Her YouTube channel
https://www.youtube.com/results?search_query=celeste+solum+bishop
First Comment from Mike Stone
After seeing tens of thousands of brain-dead morons "protest" the alleged death of a criminal porn star, I doubt we'll see only 3-6% of the population resisting a nationwide food shortage.
Also, anyone who "worked as a planner for FEMA for many years" is not a Christian in any shape, way or form.

Comments for "The Danger We Face - An Extreme View"

After reading the comments about Celeste I understand the doubt. However, judge not lest you be judged comes to mind. I'm skeptical about her also, but won't judge her "Christian" status. That is between her and God. I wondered how she came by her information also and found it unusual that she didn't appear that upset about her "murdered" husband. Her name is probably fake. What's it mean? Goddess of the sun and stars? Not sarcasm, just guessing here. If she's real then she's an excellent example of subversion hidden in plain sight. The "plant" inside the enemy corner. She made some good points. And I'm beyond discounting anything now until I prove it wrong. Something about a bunch of governors, a president and political officials crashing an economy with a fake pandemic kind of did that to me.

I believe Mrs Solum may be right.

Melbourne is back in Lock down again. The ADF is deployed there. Police are there.

Melbourne is being used as a trial site. People there will probably be arrested and sent to FEMA Camps in the area and be dealt with as Mrs Solum says.

It will only be a matter of time before all Australia is placed back under Lock Down. When that happens, my days on Earth may just be coming to an end. Because Melbourne is the trial site right now. Arrests and executions will then be implemented Australia Wide.

I agree with Ian [below] 100%. Once a Fed, always a Fed. Not only she would have signed a confidentiality agreement, but also debriefed due to the fact she more than likely held at least a secret clearance or higher with a government agency like FEMA, which holds more power than a sitting President. I know having spent 10 years of active military service with a secret clearance, when I was discharged, I was debriefed. What is even more irritating is the fact of her smiling like it is a big joke. Something in my intuition tells me she is phoney. False opposition if you will.

I find it hard to believe that Celeste Solum did not sign a confidentiality agreement while she
worked for FEMA. Typical dis-info. Once a FED, always a FED. She claims she is a Christian. Donald Trump claims he is a Christian too. Bush II claims he too is a Christian, etc.