Why The WHO Faked A Pandemic 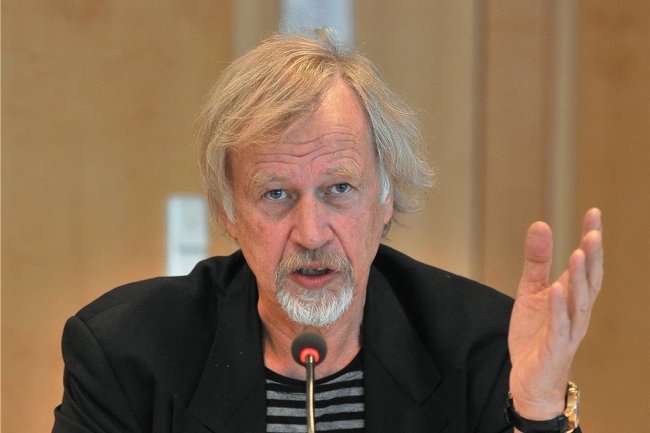 Wolfgang Wodarg, left is a German MD and politician.
The Parliamentary Assembly of the Council of Europe (PACE), a human rights watchdog, is publicly investigating the WHO's motives in declaring a pandemic. Indeed, the chairman of its influential health committee, epidemiologist Wolfgang Wodarg, has declared that the "false pandemic" is "one of the greatest medicine scandals of the century."
Why The WHO Faked A Pandemic

The World Health Organization has suddenly gone from crying "The sky is falling!" like a cackling Chicken Little to squealing like a stuck pig.

The reason: charges that the agency deliberately fomented swine flu hysteria. "The world is going through a real pandemic. The description of it as a fake is wrong and irresponsible," the agency claims on its Web site.

A WHO spokesman declined to specify who or what gave this "description," but the primary accuser is hard to ignore.

The Parliamentary Assembly of the Council of Europe (PACE), a human rights watchdog, is publicly investigating the WHO's motives in declaring a pandemic. Indeed, the chairman of its influential health committee, epidemiologist Wolfgang Wodarg, has declared that the "false pandemic" is "one of the greatest medicine scandals of the century."

Even within the agency, the director of the WHO Collaborating Center for Epidemiology in Munster, Germany, Dr. Ulrich Kiel, has essentially labeled the pandemic a hoax. "We are witnessing a gigantic misallocation of resources [$18 billion so far] in terms of public health," he said.

They're right. This wasn't merely overcautiousness or simple misjudgment. The pandemic declaration and all the Klaxon-ringing since reflect sheer dishonesty motivated not by medical concerns but political ones.

Unquestionably, swine flu has proved to be vastly milder than ordinary seasonal flu. It kills at a third to a tenth the rate, according to U.S. Centers for Disease Control and Prevention estimates. Data from other countries like France and Japan indicate it's far tamer than that.

Indeed, judging by what we've seen in New Zealand and Australia (where the epidemics have ended), and by what we're seeing elsewhere in the world, we'll have considerably fewer flu deaths this season than normal. That's because swine flu muscles aside seasonal flu, acting as a sort of inoculation against the far deadlier strain.

Did the WHO have any indicators of this mildness when it declared the pandemic in June?

Absolutely, as I wrote at the time. We were then fully 11 weeks into the outbreak and swine flu had only killed 144 people worldwide--the same number who die of seasonal flu worldwide every few hours. (An estimated 250,000 to 500,000 per year by the WHO's own numbers.) The mildest pandemics of the 20th century killed at least a million people.

But how could the organization declare a pandemic when its own official definition required "simultaneous epidemics worldwide with enormous numbers of deaths and illness." Severity--that is, the number of deaths--is crucial, because every year flu causes "a global spread of disease."

Easy. In May, in what it admitted was a direct response to the outbreak of swine flu the month before, WHO promulgated a new definition matched to swine flu that simply eliminated severity as a factor. You could now have a pandemic with zero deaths.

Under fire, the organization is boldly lying about the change, to which anybody with an Internet connection can attest. In a mid-January virtual conference WHO swine flu chief Keiji Fukuda stated: "Did WHO change its definition of a pandemic?

The answer is no: WHO did not change its definition."

Two weeks later at a PACE conference he insisted: "Having severe deaths has never been part of the WHO definition."

They did it; but why?

In part, it was CYA for the WHO. The agency was losing credibility over the refusal of avian flu H5N1 to go pandemic and kill as many as 150 million people worldwide, as its "flu czar" had predicted in 2005.

Around the world nations heeded the warnings and spent vast sums developing vaccines and making other preparations.

So when swine flu conveniently trotted in, the WHO essentially crossed out "avian," inserted "swine," and WHO Director-General Margaret Chan arrogantly boasted, "The world can now reap the benefits of investments over the last five years in pandemic preparedness."

But there's more than bureaucratic self-interest at work here.

Bizarrely enough, the WHO has also exploited its phony pandemic to push a hard left political agenda.

In a September speech WHO Director-General Chan said "ministers of health" should take advantage of the "devastating impact" swine flu will have on poorer nations to get out the message that "changes in the functioning of the global economy" are needed to "distribute wealth on the basis of" values "like community, solidarity, equity and social justice."

She further declared it should be used as a weapon against "international policies and systems that govern financial markets, economies, commerce, trade and foreign affairs."

Chan's dream now lies in tatters. All the WHO has done, says PACE's Wodart, is to destroy "much of the credibility that they should have, which is invaluable to us if there's a future scare that might turn out to be a killer on a large scale."

Michael Fumento is director of the nonprofit Independent Journalism Project, where he specializes in health and science issues. He may be reached at fumento@pobox.com.

Regarding whether WHO changed the definition of Pandemic.  I worked at a hospital when the Swine Flu was released again in 2009. Supposedly this laboratory-enhanced "virus" escaped accidentally from a bio lab in Mexico City. We were told to prepare for our emergency room to be overwhelmed by sick people (never happened). We were also told we had to take the flu vax to keep our jobs. That edict didn't sit well with me as my job was administratrive and I had no interest in taking a highly ineffective jab. But, I also needed the job. So putting my research skills to work, I learned that the WHO did change the necessary components to declare a pandemic to just geography- severity to life and limb was eliminated. WHO will admit to changing the Description of Pandemic, but not the Definition. How about that for a semantics game that has now locked down the world with the fake covid19 scamdemic, all for the true purpose of destroying America ... all for the Great Rockefeller Reset of 2020!