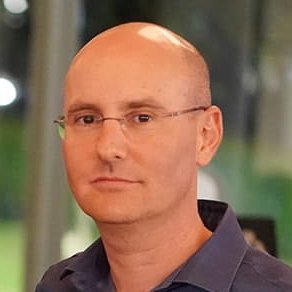 Israeli Immunologist calls worldwide Lockdowns "Outrageous"
History will judge the hysteria
Israel National News
(henrymakow.com)
"Prof. Udi Qimron, left, will soon head the Department of Clinical Microbiology and Immunology at Tel Aviv University.
"In an interview with Yediot Ahronot, Qimron shed further light on the coronavirus.
'There is a very great interest for anyone who has supported the draconian measures taken around the world to say that Sweden's policy has failed. Because if it succeeded, and trillions went down the drain for no reason, someone will have to answer for it.'
"'That is why all over the world they prefer to claim that [Sweden] was wrong. But in the end, the truth came to the surface. In a world where decision-makers, their advisers and the media were able to admit their mistake and the initial panic that gripped them, we would have long since returned to routine. The ongoing destruction due to the inability to admit this mistake, despite the epidemic's small mortality numbers, is outrageous. History will judge the hysteria.'
"'If we had not been told that there was an epidemic in the country, you would not have known there was such an epidemic and you would not have done anything about it,' he said emphatically.
'The fact that this issue runs all day in the media inflates it beyond its natural dimensions. If black death had raged here, as in the 14th century, you would not have had to follow the situation in the news, the bodies would have piled up in the streets. We were not and we are not in this situation today.'
"Prof. Qimron noted that the total number of coronavirus deaths does not exceed 0.1% of the total population in any country, and the death rate from coronavirus is less than 0.01% of the total world population, meaning that 99.99% of the world's population so far has survived the epidemic and the virus is negligibly lethal.
"He said smart behavior would be the opposite of what we do today; Populations not at risk should become infected and create chains of immunity, which will protect the sick and the elderly. We are currently working for sweeping social distancing, which prevents such differential immunity, he said."
---------------------