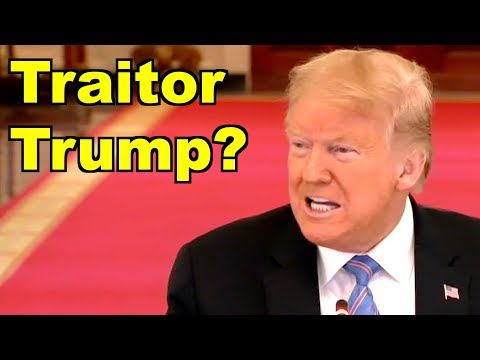 Trump has not been acting decisively to protect America.  Obviously President Trump and Attorney General William Barr could close down the Antifa anarchists' training camps as well as stop their funding.
Andrew is a retired attorney living in Texas.
by Andrew
(henrymakow.com)
With upheaval, arson, and looting rocking major American cities today, we can see it's now America's turn.
I was drawn to Eric Striker's recent Unz Review exposÃ© about a trove of leaked FBI, Fusion Center, and DHS documents. The article states, "Law enforcement is fully aware of who provokes the fighting and rioting at riots: the left. The documents from fusion centers across the country (intelligence provided by local police departments) repeatedly report this."
Striker's article also cites The Northern California Regional Intelligence Center's assessment of the Spring 2017 Berkeley riots, where anarchists and free speech activists faced off.
This assessment painstakingly details the various criminal tactics 'Antifa' groups used to disrupt and physically injure lawful protesters and police officers. The anarchist extremist groups in question continue to use the same tactics to this day, yet rarely face any criminal charges.
The FBI is fully informed on the matter, including where the anarchists in California train in paramilitary tactics, yet refuses to investigate or prosecute any anarchist group for conspiring to commit acts of violence.
The most interesting document of all is an intelligence assessment by DHS in the run-up to the now-famous August 2017 Unite the Right rally in Charlottesville, which starkly contradicts the mainstream media and FBI's narrative.
In a document dated August 9, 2017, DHS wrote 'We assess that anarchist extremists' use of violence as a means to oppose racism and white supremacist extremists' preparations to counterattack, anarchist extremists are the principal drivers of violence at recent white supremacist rallies. In other words, the DHS accurately predicted, through its intelligence-gathering resources, that the nationalist groups in Charlottesville would only engage in self-defense if attacked.
The Charlottesville Police Department, Mayor, and Governor were all warned in advance that Unite the Right had the potential to be the most violent rally to date, yet according to the Heaphy investigation, they -- either through incompetence but most likely through malice -- enabled the carnage by ordering the police not to intervene when the anarchists attacked the nationalists."
If Trump's Administration and our briefed elected leaders know exactly who has been planning this chaos, the intent of the agitating groups, how the groups are funded, and even training camp locations, what are we left to think?
Unfortunately, we can also deduce that The Trump Administration has not been acting decisively to protect America.
Obviously President Trump and Attorney General William Barr could intervene to close down the Antifa anarchists' training camps as well as stop their funding.
Like the Charlottesville Police Department and Mayor, however, Trump and Barr simply allow the chaos to continue.
If the real intentions of today's anarchists and the cynical elites were fully understood, most Americans would roundly reject them. The solution to our ills faces THREE MAIN ISSUES:
(1) Our "Fourth Branch of Government," the MSM has been co-opted by The Left and The Right;
(2) The promise of the Internet being The Information Highway no longer holds true. In reality, the Internet has morphed into The Disinformation Highway; and
(3) Corporate tech platforms' censorship of free speech continues to go unchallenged by those sworn to uphold our Constitution.--

HISTORICAL PERSPECTIVE
The willful neglect of the Trump Administration is reminiscent of how Presidents Franklin Pierce and James Buchanan's allowed the Knights of the Golden Circle (KGC) to build, equip and deploy a 65,000 man army which then rode south from Cleveland, Ohio to become the Confederate Gestapo.
It simply seized the US Armories which the Franklin Pierce and the James Buchanan administrations secretly transferred south to become armories of The Confederate States of America.
After the Civil War, the KGC became the KKK. For a more complete understanding of the Knights of The Golden Circle and the hidden story of the Civil War, see Anton Chaitkin's Treason in America - From Aaron Burr to Averell Harriman.
The Mainstream Media (MSM) has been using Predictive Programming to condition Americans for Civil War/ Revolution. Just a scant 6 months ago, enough motivation (poverty, frustration & anger) didn't exist in order to persuade our fellow Americans to leave their homes and actually fight in the streets.
However, after six months of the LOCKDOWN AND RESULTING economic destruction to our lower and middle classes, there's now hostility aplenty.
I doubt that there ever was such a thing as a spontaneous civil war or revolution. Currently, there are uprisings and civil chaos from France, to Lebanon, to Bolivia, Chile, Hong Kong, etc. None of this is accidental. No one can say when and if this chaos will come to America, but everything is ready.
----
Related-  Antifa Terrorists Are Now Being Donated "Riot Gear" From Out of State Donors to Assist With Their Nightly Mob Violence
----------- Corporate America is Funding War on Police (because most corporations are controlled by the central banking cartel)
First Comment from Tony B
Like you, Henry, I am sick and tired of the wishful thinkers forever finding excuses for Trump.  There is no mystery here, his past is not a secret, anyone can look him up.  His father was a Rothschild man, just as he is.  That cabal bailed him out of certain bankruptcy twice, at least.  You cannot dabble in NYC real estate if you are not one of the tribe.  Giving away what is left of physical America to completely criminal, murderous Israhell is TREASON, NOT TO BE IGNORED.  For crying out loud, don't these people even notice his murder-cult Chabad Lubavitch son-in-law roaming free in the White House?  Too, do they go all cognitive dissonance on his trips in the Lolita Express?
The fact that he is not Hillary even applies to wharf rats, it is without any worthwhile meaning.  A New York wheeler-dealer is one of the very worst possible things to be in a position to use the total resources of a whole nation for his personal deal-making.
There are no elections anymore for high office, probably in the whole "West."  What exists is media scripts handed out for election day to those, also Rothschild cabal, media prostitutes to a parrot, pretending that actual votes count while ignoring them, knowing all along that these offices are ROTHSCHILD APPOINTED as the Rothschild cabal OUTRIGHT OWNS ALL THE POLITICAL PARTIES and dictates who shall hold high office in all compromised, corrupted "elections."  That means the cabal owns ALL CANDIDATES THAT ARE GIVEN A CHAIR IN PRACTICALLY ANY ELECTIVE OFFICE.
So stop the political party dividing idiot arguments and get rid of ALL OF THEM, IN EVERY PARTY.  By FORCE if necessary - and you can almost bet it IS necessary.

I have been a self researcher in the history of what is not taught in schools or people are afraid to confront for several years now. I was taught to question authority just as many generations before me did but as we can all see the world is bound to end very soon due to so many changes in human behavior from our masters. As far as removal of these entities, i would be the first to go to war or some kind of cleansing to dispose of these evil people that have disgraced the human race, however some humans are to blame because they believe the government entities and the leaders due to fear of the truth they rather believe the illusions. I do think that if we all rise against them we can overtake this planet, but the rising will not happen because we dont have that power, the few of us like me and you can only spread the message so far.

Isn't it more likely that these alphabet agencies are and have been rouge agencies? Wouldn't that better explain the fact that they always do the opposite of what would seem prudent? If you wanted to destroy the US to pave the way for a one world government, a civil war seems like a great way of doing that, and if you wanted a civil war you would be acting a lot like they have been. Just saying...

Henry, I felt positive about so many things President Trump did and said, but I am tempered always by the fact that on November 23, 1963, the American Republic was effectively toppled in a coup d'Ã©tat. We cannot hope to elect a president and not address the fact that these criminals are still running the USA. I am sure Trump is a puppet. These clips and comments help understand what Trump as been used for.

Like a cancer the NWO Globalists have infected the culture and legislators of almost all the countries of the world now. The COVID project is being used as a weapon to overthrow the existing Constitutional Republics that are left in the world today and America is one of them.
President Trump was right the first time about Corona 19.

However, he has allowed himself to be bullied by the MSM and the Globalist Democrats in Congress into changing his stance. It's to the point now that he follows the criticism of the MSM and acts to appease them. They have him on the defensive at all times knowing that he will eventually cave in sometimes if enough pressure is put on him.

I don't believe President Trump really knew how bad things were in Washington before he took office. He means well but he also has made the mistake of compromising to some of the nefarious forces on Capitol Hill. They interpret this as a weakness and then keep going for more.

Congress is now trying to convince President Trump that political anarchy and destruction of government and private property is a constitutional right and that he shouldn't intervene with their plans but he didn't fall for it. I commend President Trump for dispersing federal law enforcement agents to Portland and other cities to help police and the citizens of those cities against the paid anarchists.
As for Joe Biden, his whole nomination for becoming the Democratic nominee for president has been bizarre. He keeps stalling on his VP pick because he knows if his selection is anything less than Atilda the Hun it won't be good enough. We're in trouble.