Mask Was Emblem of Bolshevik Terrorists 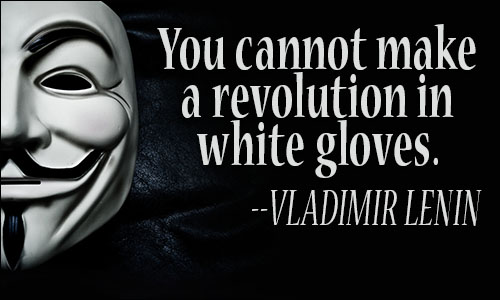 The mask is an occult symbol. It was also the symbol of Russian revolutionaries.
Under the pretext of the pandemic, are people unwittingly adopting that symbol?
Is this part of mankind's induction into the Cabalist cult?  They have a record of introducing people to occult symbols under a pretext. The Baphomet hand sign
is passed off as "I love you" and the Texas Longhorns "hook em horns."  The infamous sign for "OK" is the Eye of Horus and the fistbump is Freemasons touching rings.
Fire in the Minds of Men
Excerpt from Page 413-414 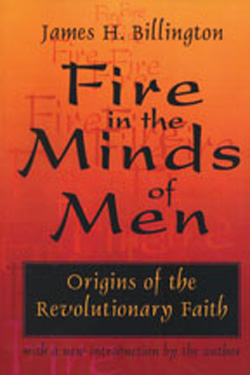 by James Billington
(excerpts by henrymakow.com)
[The Tsar's Guards] continued to be challenged --- as in primitive societies -- by the power of the mask. The mask gave an ordinary man a new identity; an anonymity that bred fear and uncertainty; a pub"image" that was grotesque, yet awesome and bigger than life. Unlike the uniforms of power that --however oppressive-- at least defined clear roles, the new revolutionary mask destroyed all links with the familiar and the predictable, all loyalty and accountability to normal human society.
The mask was part of the equipment of the professional revolutionary in Russia already in the 1860s. Hell had preached the need to disfigure one's face before assassinating an opponent...a terrorist group of 1886 called "the lancers" masked even their bombs by disguising them as dictionaries. 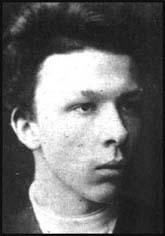 ...After Sasha Ulyanov  [Lenin's older brother, hung in 1887 at age 21] and his faction were crushed in 1887, a mask could not be worn in the great urban centers of St. Petersburg or Moscow where police controls made terrorist organization almost impossible...
By [1905] the mask...had established links with the radical student subculture in St. Petersburg through Ulyanov's younger brother, Lenin. His Bolshevik party was deeply rooted in distinctly Russian revolutionary tradition and represented as we shall see, not so much as "a party of a new type" as the final formation of the party his brother had dreamed of.
Behind the new mask of Marxism was the old figure of a revolutionary intellectual establishing political authority through the incantation of scientism and populism and the tactics of terrorism.
-----
Makow Comment- Billington seems to overlook that Communism was wholly Cabalist Judaism and Satanism. Nonetheless, the symbolism of the mask is useful today in the context of the Communist subversion of society. Thanks, to W for sending this tip.
Related - James Perloff - Do Americans Face a Bolshevik Style Red Terror?

Comments for "Mask Was Emblem of Bolshevik Terrorists"

Henry, I hope I'm wrong about this but we are in for a real rough ride here in America. We allowed way too much evil to be given acceptable legitimacy for way too long. We allowed what was good to be falsely characterized as bad. We went along with evil to get along with evil and now the consequences are being manifested in spades.
We keep thinking that there is someone or some group of people out there that will put an end to this madness for us but it has yet to happen and might not happen any time soon.

We helped make this bed for the last 50 years and it won't be any fun laying in it.

One line from the most recent article you posted jumped out at me.

"Hell had preached the need to disfigure one's face before assassinating an opponent..."

When the late Boer activist Eugene Terre'Blanche was assassinated over ten years ago now [ on April 3 2010 at his farm home ] - it was widely reported that his face was so badly disfigured that he was unrecognizable! I often wondered why his killers would go so far as to disfigure his face, but now it appears it was an occult signal. While it strongly appears that Terre'Blanche started out as controlled opposition & was in fact recruited into the government controlled & misnamed AWB by outed double agent Jan Groenwald [ exposed by author Piet Pretorius in his book Sell Out ] - shortly before Terre'Blanche was assassinated: he was talking about going to the international court to purse the legal restoration of the Boer Republics - including the ones of the Northern Cape! Terre'Blanche had come under the influence of Robert van Tonder [ who was calling for the restoration of the Boer Republics since 1961 - long before the compromised Terre'Blanche had come onto the scene ] since the late 1970s therefore he also started calling for the restoration of the Boer Republics much to the chagrin of the Afrikaner run South African government which was using Terre'Blanche as a foil to stigmatize the Boers who wanted independence. Remember also that Terre'Blanche was killed in the run up to the 2010 Fifa Soccer World Cup set to take place in South Africa thus ensuring that he would be silent during a time when the spotlight was on South Africa. Most of the world has never really heard the authentic & just case that the Boer people have for the restoration of their hard won Boer Republics which were conquered by the British during the second Anglo-Boer War. After the British killed off in concentration camps over HALF of the total Boer child population.