The Rothschild19 Virus - A Synopsis 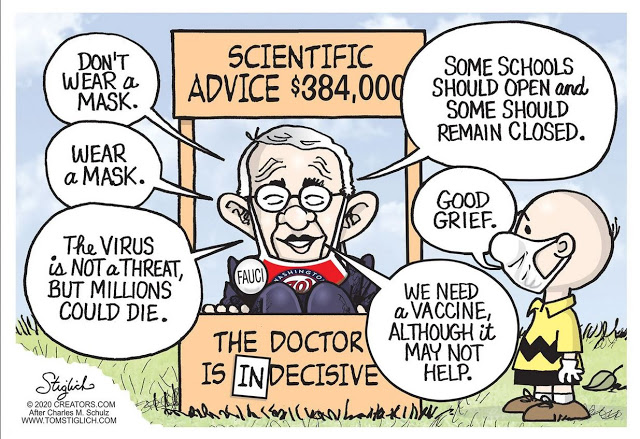 ⚠️ EVERYONE IN THE ENTIRE COUNTRY NEEDS TO READ THIS AND ABSORB IT... THOSE STILL ASLEEP, YOU BETTER WAKE UP BECAUSE THIS SHAM/DRESS REHEARSAL WILL CERTAINLY BE THE LAST CHANCE; THOSE CHOOSING TO REMAIN IN DENIAL, GIVING THE FINGER TO REALITY, YOU'RE ON YOUR OWN ...

FEEL "FREE" TO FACT CHECK EACH OF THESE, PLEASE!

🔺"CDC admitted they screwed up COVID19 infection counts and intentionally misled the public and have apologized, clarifying that the amount of people truly infected is much lower than what was originally reported -- an error so egregious it made the director of the Harvard Global Health Institute say "how could the CDC make this mistake? This is a mess."

🔺The American Coronavirus Task Force also admitted to fudging the National COVID19 death count when Dr. Birx said the deaths are people who died "with" COVID19 not "from" COVID19, thus making the real death count much lower than what is currently being reported.

🔺Dr. Anthony Fauci admitted masks won't help against the virus and mask manufacturers are now including warnings that their products do not deter COVID19.

🔺Fauci also said that continuing to close the country could cause irreparable damage.

🔺CDC backtracked their initial claim that led governors to shutdown their states & clarified that COVID19 does not spread easily on surfaces.

🔺Governor of New York Andrew Cuomo confirmed a recent health study showing that 70% of new infections actually originate at home, thus making stay-at-home orders one of the most dangerous mandates currently in place.

🔺Trump stopped funding the WHO and threatened to cut off money permanently until they can prove they are no longer corruptly influenced by communist China after they lied to our country about human to human transmission of COVID19 in January.

🔺The curve is flattened, the CDC, WHO, Dr. Fauci, our governors, and many more were completely wrong about the potential threat of this virus.

🔺If you are still living in fear, Don't be. The media, global organizations, the government, and its agencies "mislead" the public.

🔺People called those of us who knew this all along conspiracy theorists, but it turns out we were just following the facts!

🔺Open up your businesses, churches, and homes. Don't fall for the lies any longer. If you fell for the lies this time, wake up and join the army of truth-seekers fighting on the front lines.

🔺 Florida has just admitted to miscalculations on some that received positive COVID-19 results but never got tested and many others have been incorrectly identified as positive in the state's system.

🔺 WHO has just admitted that transmission of the virus from an asymptomatic carrier - the whole reason for the lockdown, is rare!! ie you could not spread it before showing any symptoms!!

For that, we have: 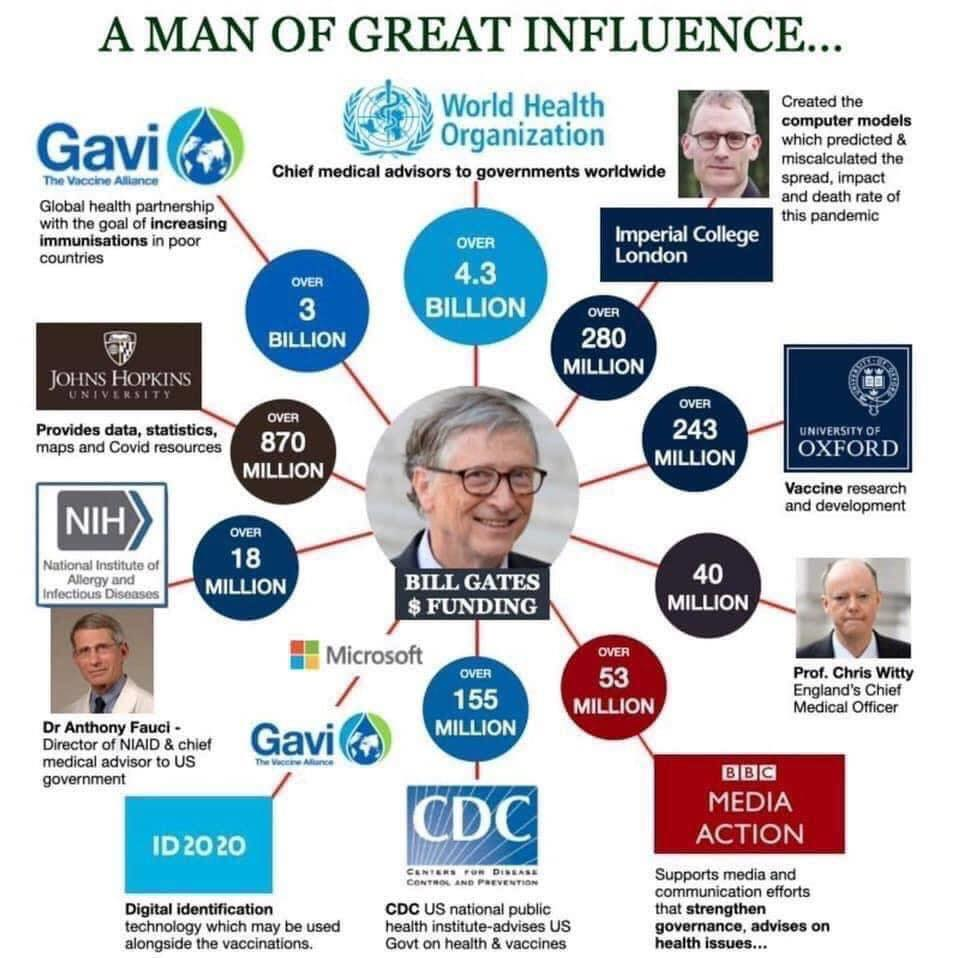 Bill Gates has placed himself in such a position of influence by heavily funding all corners to make this lie happen.

We need to start treating it as the lie it is.

Seriously our whole way of life is at stake, and they have plans to make it much worse now introducing it as "the grand reset", "the beginning of the 4th revolution" (ie a surveillance state of control, where everyone lives in what is essentially a strick open-air prison where you are tracked, nothing is private, and everything is decided for you, and you have no rights whatsoever, and there can be no resistance.

Welcome to their "new world order".

Comments for "The Rothschild19 Virus - A Synopsis "

Thank you for this article, Henry. Whoever wrote it has connected the dots very well.

What gave it away for me was just how many of the Democratic Senators, Governors, and Mayors were all forcefully and radically behind this whole COVID agenda knowing the damage it would cause to the economy and all the chaos it would bring. The social and economic order in America was heavily damaged by all the illegal Governor's Emergency Orders.

I don't believe the medical cartel is going to pull off their "vaccine the world" plan anytime soon. The problems that COVID prevention has already created will take years to recover from.
They overdid it with this experiment in totalitarianism they created and it will take them a long time to repair what they destroyed.