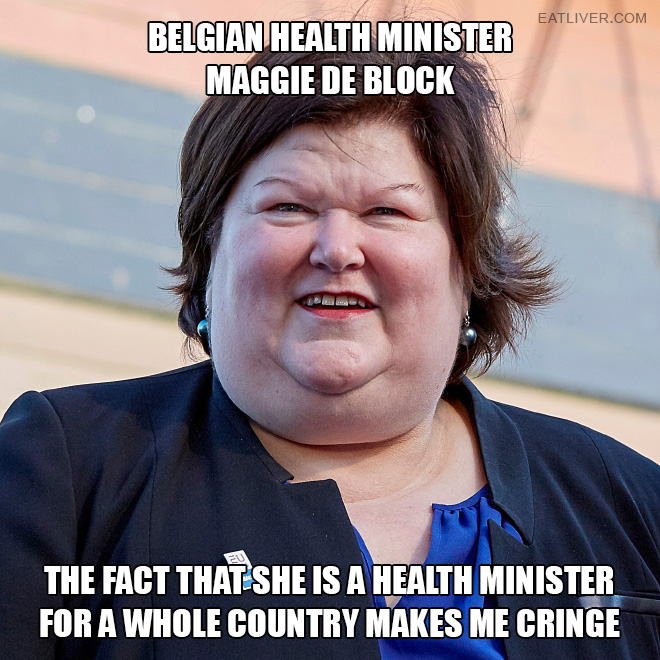 1400 Belgian doctors and healthcare professionals sound the alarm: "There is no such thing as a killer virus"
In an open letter, more than 300 Belgian doctors and 1,100 health professionals call on their government to stop the corona measures immediately.
These are disproportionate and cause more harm than good, "There is no longer any medical justification for this policy".
Some important excerpts from the letter:
We believe that politicians have introduced binding measures that are not sufficiently scientifically sound and one-sided, and that there is not enough space in the media for an open debate where different views and opinions are heard.
In addition, the strict repressive policy around the corona is in sharp contrast to the previous minimal policy of the government when it comes to disease prevention such as strengthening the own immune system through a healthy lifestyle, optimal care with attention for the individual and investments in nursing staff.
The WHO originally predicted a pandemic that would claim 3.4% victims, i.e. millions of dead by a highly contagious virus for which there is no treatment or vaccine. The course of Covid-19 followed the course of a normal wave of infections, similar to a flu season.
Like every year, we see a mix of flu viruses following the curve: first the rhinoviruses, then the influenza A and B viruses, followed by the coronaviruses. There is nothing that is different from what we normally see. The mortality turned out to be many times lower than expected and is close to that of normal seasonal flu (0.2%).
The number of registered corona deaths therefore still seems to be overestimated. There is a difference between death from corona and death with corona.
Using the non-specific PCR test, which gives many false-positive results, gave an exponential picture. This test was carried out rashly and never tested properly.
The manufacturer expressly pointed out that this test was intended for research and not for diagnostics. Since a positive PCR test does not automatically indicate active infection or infectivity, it does not justify the social measures based on these tests alone.
So it is not a second corona wave, but a so-called "Kaseinämie" (German word) due to an increased number of tests. So nothing has changed; the climax is over.
Lockdown. If you compare the waves of infection in countries with a strict lockdown policy with countries that have not ( Sweden, Iceland ...), you see similar curves. So there is no connection between the imposed lockdown and the course of the infection. The lockdown did not result in a lower death rate.
There is now an affordable, safe, and effective therapy available in the form of HCQ (hydroxychloroquine), zinc, and A ZT (azithromycin) for those showing severe symptoms. Applied quickly, it heals and often prevents hospitalization. Hardly anyone has to die now. We don't want to use our patients as guinea pigs. So it's not a killer virus.
There is no state of emergency. We don't want to use our patients as guinea pigs. Worldwide, 700,000 cases of damage or death are expected as a result of the vaccine. When 95% of people from Covid-19 are virtually symptom-free, the risk of exposure to an untested vaccine is irresponsible. In the past few months, newspapers, radio and television seemed almost uncritical behind the government's "panel of experts", where the press should be critical and avoid one-sided government communication.
This has resulted in public communication in our news media that has been more like propaganda than objective reporting. What do the 1,400 Belgian doctors and health professionals want? An immediate end to all action, an independent commission to investigate why all measures restricting freedom are upheld, and a thorough examination of the role of WHO and the possible influence of conflicts of interest in this organization.
Source