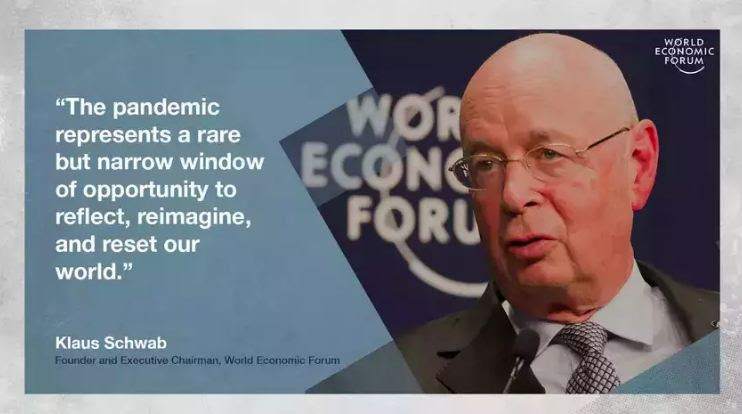 Klaus Schwab needs to answer why the World Economic Forum sold all its stocks and bonds ahead of everyone else. Schwab has exploited this virus within weeks, launching his vision for the Great Reset. This highly likely man-made virus was also highly likely to have been leaked in China deliberately by another group with a personal agenda involving climate change. They have succeeded in shutting down the world economy, increasing the world oil reserves by three years, & destroying over 300 million jobs as collateral damage. We have been subjected to fear tactics used even by the Nazis to gain power. This has been a huge corporate propaganda agenda to reduce the population to sheep. 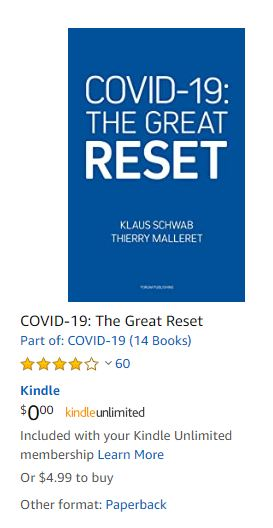 Schwab's book, "Covid-19: The Great Reset," is clearly propaganda because they are handing it out for free on kindle.
Schwab has no idea how to reconstruct the economy. There was the first Great Depression, which lasted for 26 years during the 19th century. That event was named the "Long Depression" after the 1930s crash, which became known as the "Great Depression."
Both involved a paradigm shift where the first followed the introduction of the railroads, which then displaced many jobs involving horses and carts. The next Great Depression saw the collapse in agriculture, which had employed 40% of the civil workforce at the turn of the 20th century. With the invention of the combustion engine and tractors, this reduced the need for manual labor. Then the Dust Bowl hit driving unemployment to 25%. It took World War II to restore the economy by absorbing the excess agricultural labor and forcing them to become qualified.
Like people in airports handing out leaflets trying to convert you to some cult, Schwab is doing the very same thing. He is counting on the people who are incapable of thinking for themselves and he continues never to address all the evidence against man-made climate change. Nevertheless, welcome to the new paradise where people just follow orders.