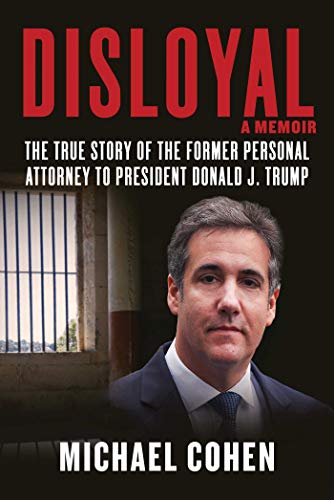 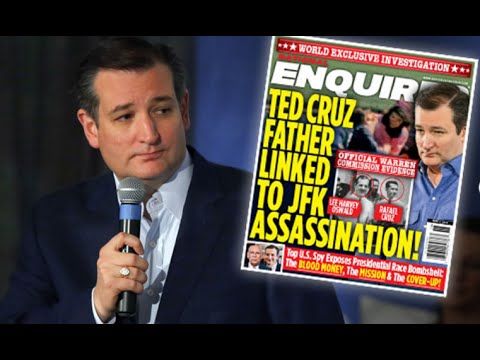 One of the worst things Trump conspired to do was discredit Ted Cruz, when he was the front runner with the evangelicals.  He put out disinformation that Ted Cruz' father knew Oswald and was in on the coup that killed Kennedy, purportedly even showing a picture of Cruz' father and Oswald together.  I think Ted Cruz' father is actually a pastor, but this information took the campaign by storm and Cruz was forced out of the race.  It was all a fabrication.  I remember telling some evangelical Republican friends this info, after I'd first heard it.  They bought it, too.
After reading this book, I have no doubt that the books recently written about Trump by his relatives are also goldmines of truth.  Like them, this book was written to warn and inform the public. Michael Cohen deserves our thanks, our concern, and our support, for telling us the truth of his experiences with Donald Trump and for exposing that man as what he truly is. The feds who broke into his house for his files one morning in a surprise visit also threatened to jail his wife on the spot; she had absolutely nothing to do with any of it.  That is why he caved.  He probably could have fought every charge they brought against him, but he could not bear to see her hurt.
This is one of the main reasons I admire this man so much.  He is of that late, great and diminishing order of men who love their wives and children.
Cohen didn't dwell on Trump's sexual escapades; said that he and Melania both knew that he was lying when he tried to assure her that Trump was on the level and that women were just throwing themselves at him for the money.
Yes, when Cohen's daughter Sami was leaving the tennis courts one day, Trump made a remark about her, not knowing she was Michael's daughter, and then asked for a kiss when she came up and kissed her father.  I think she reluctantly kissed Trump on the cheek.  She was never a fan. Nor was her brother Jake or mom Laura.
MC did not write a salacious book, although he no doubt could have.  He kept it on the level that mattered:  truth.  The truth is wild and concerning enough!
One doesn't get the impression that this book was written with malice, ill will, spite or to do damage.  It is simply an account of the Trump organization, Trump's behaviors, and Michael's experiences working for him.  It had to be written to set the record straight.  He said he would take a bullet for Trump, but not from him.
I am glad he set the record straight.
Is Trump bankrupting this country to the absolute max, which seems to be his forte and MO?  He's got Mnuchin in the treasury calling a lot of shots!  There is no way there is any actual money to back that which is flowing out of DC now, to anyone and everyone with a handout.
If we were broke before, and billions and trillions of dollars in debt, what are we now?
This is what I mean about a pincer movement between Trump and the socialists.  It's all communism and they are all in it together.  It's just one system......right?  And, it always has been, once one kills off all the populists...
Related - Trump made tasteless comments about Cohen's 15-year-old daughter
---
First Comment by Jim Fetzer-
Not only was Rafael Cruz with Lee Oswald in New Orleans but he was on Main Street in Dallas when the Kennedy motorcade passed by. His face is on the front cover of ASSASSINATION SCIENCE (1998). Gary King, Larry Rivera, and I did several shows about this. He was on the fringe of the plot to assassinate JFK. So Whitehead got it wrong. Seriously wrong. Trump was right (again and again).
Brabantian writes-
Retired ADL chief Abe Foxman's recent emotional denunciation of Trump, and Trump's enemies in general, make for a fairly strong recommendation of him.
What Trump was or wasn't able to accomplish, is now somewhat beyond the point, and not only because the Democrats are so Bolshevik-extreme.
There is a great desire to censor people who merely even say certain things, such as Trump's talk about:
- draining the swamp
- major news media is fake
- it is okay to oppose globalists and protect your own working class
- it is okay to oppose mass migration and preserve your own culture
- it is wrong to call white people 'racist' just because they are white
Having said those things, as Trump did, is now unforgivable to the establishment ... no service that Trump provides to the oligarchy or the establishment or to Israel, compensates ... the hidden powers are desperately seeking to ensure no leader can ever say such things again.
And it is not unreasonable to see Trump as blackmailed, too, from his very first days in office. 5 of the last 11 US presidents were attacked in office - 2 were shot, 3 had impeachment proceedings; they are all under the gun.