Conspiracy is Not a Theory

The modern world reflects the Satanist (Cabalist Jewish) conspiracy
against God and man. The mainspring is the Cabalist Jewish (Masonic) central banking cartel. Its goal is the enslavement of mankind in a New World Order, world government tyranny,  aka "globalism." This is behind the COVID pandemic hoax.
As Andrew explains below, the CIA helps administers this conspiracy worldwide. It is the "Deep State."
Andrew is a retired attorney living in Texas.
Understanding Conspiracy Theories
by Andrew
(henrymakow.com)
The problem with trying to explain "conspiracy theories" is most people don't understand that a "conspiracy" is:
An agreement among two or more coconspirators to commit an illegal act through legal means or to commit a legal act through illegal means.
So why are CONSPIRACY THEORIES demonized by MASS MEDIA (MSM) today?
In 1967 the CIA  simply changed the definition of CONSPIRACY THEORIES to mean any narrative not approved by the CIA. The CIA Created the Label "Conspiracy Theorists" ... to Attack Anyone Who Challenges the "Official" Narrative. 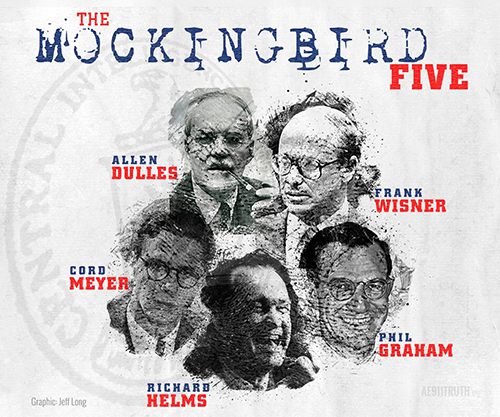 The CIA's disinformation campaigns were known as "Operation Mockingbird" where the CIA charged the MSM to repeat the same story. Washington Post publisher Hugh Graham famously said that a journalist was cheaper to buy than a whore, "a couple of hundred bucks a month."
It was so effective that Zbigniew Brzezinski said in 1972, "Shortly, the public will be unable to reason or think for themselves. They'll only be able to parrot the information they've been given on the previous night's news."
Outside America, however, conspiracy theories are well respected.
For example, Russian Biologist and Former U.N. Expert Igor Nikulin explained last February that COVID-19 is a Biological Weapon Used by Global Government to Reduce the World's Population.
Igor Nikulin: "I believe that it is no coincidence [that China was infected with coronavirus]. I believe that this virus was selected very carefully, in order to reach countries that are considered to be America's rivals, such as China, Iran, and some EU countries including Italy. Many people think that there are pro-Russian tendencies in those countries, and this is why we see more infected people in those countries. I don't think that this is a mere coincidence. This is a scheme by the world's elites..."
Interviewer: "The global government..." 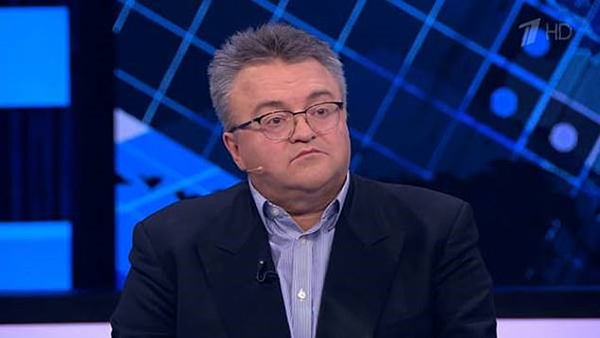 Igor Nikulin: "Right. The global government is the correct term. At least that is what they call themselves. No one elected them but this is how they see themselves. These 200 families have $400 trillion, and they consider themselves to be the most important people on Earth. They own most of the media outlets. They are the ones making the Hollywood movies - for example, they make movies about pandemics. These families control the minds of humanity, and claim that humanity must be reduced to one-tenth of the current population."
[...]
Interviewer: "Is it really possible to produce biological weapons that target a specific nation or ethnic group, and that may infect them but not others? There were reports that the Israelis were thinking about producing - or have actually produced - some sort of biological weapon that kills Palestinians but does not harm other Israelis. Is it true? Is it possible?"
Igor Nikulin: "People talk about this. I know that a few years ago, there was a strange epidemic in Madagascar. It was not in Africa. It was a pneumonic plague, which is a horrible thing. This epidemic killed only the locals, while it did not harm European tourists and not even the yellow race. There is also, of course, weapons such as Ebola, Avian Influenza, and the coronavirus that is currently infecting mostly Chinese and other Asian peoples. Such weapons exist. In 1999, the Americans started a project... The head of the CIA at the time, George Tenet, and President Clinton said that they would produce pathogenic agents that would affect certain races but not others. Twenty years have passed and the time for field experiments has come. It seems that planet Earth has been turned into a testing ground. I'll go even further and say that the Anglo-Saxon countries have issued a biological warning to all non-English speaking countries: 'Either you live according to the laws we impose on you, or you will not live on this planet. Either we kill you fast or we kill you slowly.' This is the main problem of modern world policy."

Russian Biologist and Former U.N. Expert Igor Nikulin: Coronavirus Is a Biological Weapon Used by Global Government to Reduce the World's Population by 90%
On September 15, 2020, a high-level Chinese virologist who has fled the PRC under duress said China's government 'intentionally' released COVID-19 'I work[ed] in the WHO reference lab, which is the top coronavirus lab in the world.'
Chinese virologist: China's government 'intentionally' released COVID-19
The Russian expert seems to be more credible because he's not playing BLAME GAMES and correctly pointing to THE GLOBAL GOVERNMENT ... which is how Russians refer to UN Agenda 2030 NEW WORLD ORDER ... whose admitted goal is to reduce global population 90%."
--

Comments for "Conspiracy is Not a Theory "

"conspiracy is not a theory"

it's very interesting watching the media in full operation right now
...they welcome 'conspiracy theory', introduce it to the masses and
then thoroughly attack it with everything they got.

before the clueless human even completes a single blink of the eye?
the truth has briefly arrived and then been wiped away.

everything is flipped, up is down, right is wrong, evil is good