Please watch this video from China Uncensored." China is killing millions of dissenters and ethnic minorities for their organs. It's a billion-dollar business. The hypocrisy of American corporations and athletes in suppressing this information and collaborating with China is breathtaking. It is mindboggling that this could be taking place in our day.
China Killing Prisoners To Harvest Organs For Transplant: BMC Report Accuses China Of 'Falsifying'
by Zak Doffman
(henrymakow.com)
In June, 2019, I reported on the China Tribunal in London, which found evidence of "forced organ harvesting" from Chinese prisoners, including Falun Gong and Uighur Muslims. The Tribunal's final judgment concluded that this "forced organ harvesting has been committed for years... on a significant scale."
China has said that the practice has been outlawed, replaced with a system of voluntary donations. But a new report, published on November 14 in the BMC Medical Ethics journal, has refuted this, alleging that those claims of reform are being supported by the "systematic falsification and manipulation of official organ transplant datasets in China."
The China Tribunal used first-hand testimony from former detainees and implausible transplant availability and short waiting times to shape its findings. The witness reports were horrific--including organ extractions on live victims, subsequently killed by the procedures. A 2015 documentary claimed China's illegal organ transplant industry is worth $1 billion each year--but China insists that forced extractions have stopped, that its efforts to reform date back to 2010, with a system of voluntary donations replacing forced organ harvesting from prisoners. 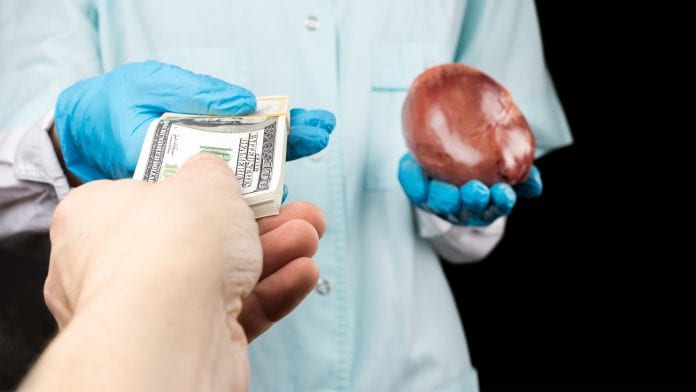 Not so, says the BMC article, claiming that China is "artificially manufacturing organ transplant donation data." The report says its findings mean that any trust in China's organ harvesting system "has been violated," that the reforms were "a mask for the continued use of non-voluntary donors or donors who are coerced into giving organs." In short, the allegation is that the new system of voluntary donations operates alongside and not instead of forced extractions. The giveaway, according to the report, patterns in the state's data which are too neat to be genuine--they must be falsified.
Sources behind the forensic data analysis deployed by the report's authors included the China Organ Transplant Response System (COTRS) and the Red Cross Society of China. Data that found mathematical patterns that defy expected statistical anomalies. In other words, the official China reports emanate from a PR spreadsheet and not from any kind of genuine on the ground analysis and genuine data.
Susie Hughes from the International Coalition to End Transplant Abuse in China (ETAC), initiated the China Tribunal, welcomed the findings, warning that the report "exposes the lies and deception that mark China's so-called transplant 'reforms.' The falsification of the China Organ Transplant Response System (COTRS) data appears to be part of an elaborate coverup that disguises the state-run mass murder of innocent people for their organs in China."
Earlier this year, David Spiegelhalter, a former president of the Royal Statistical Society, reviewed the core analysis, commenting that "the anomalies in the data examined follow a systematic and surprising pattern--the close agreement of the numbers of donors and transplants with a quadratic function is remarkable and is in sharp contrast to other countries who have increased their activity over this period. I cannot think of any good reason for such a quadratic trend arising naturally."
Responding to the Tribunal's findings in June, the Chinese Embassy in London said its "government always follows World Health Organisation's guiding principles on a human organ transplant and has strengthened its management on organ transplant in recent years. On 21 March 2007, the Chinese state council enacted the regulation on human organ transplants, providing that human organ donation must be done voluntarily and gratis." The embassy has been approached for any comments on the claims made in this latest report. The China Red Cross and China Medical Board have also been approached for any comments on the study and its findings.
As tensions continue between the U.S. and China over alleged human rights abuses, with sanctions including restrictions placed on leading Chinese companies, this report will be seriously unhelpful to Beijing and its claims that the U.S. is painting a misleading picture of the country. This is especially true of Xinjiang and the region's Uighur Muslim minority, which has prompted sanctions on a number of China's surveillance technology giants and which also finds itself central to claims of forced organ harvesting. By contrast, the case being made by the U.S. will be strengthened.
--- 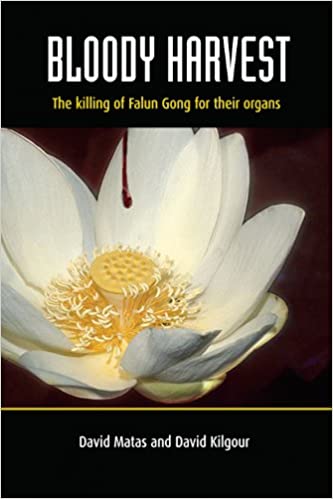 Related-  Bloody Harvest (2009) : The Killing of Falun Gong for Their Organs
$1000 on Amazon  Pdf available here
https://ebook-dl.xyz/download/bloody%20harvest%20organ%20harvesting%20of%20falun%20gong%20practitioners%20in%20china
https://www.healtheuropa.eu/im-going-to-china-theyre-shooting-my-donor/97063/
A complete account from Wikipedia

A very dear friend in the Philippines hid two young ladies for several weeks that managed to escape their capture by organ harvesters.

She grew up in the rural Philippines and all the kids were taught to hide under banana trees as soon as they heard a helicopter. Once a military helicopter landed in the village square and were giving out gifts and candy to the kids. They offered to give the kids a free ride from which none ever returned.