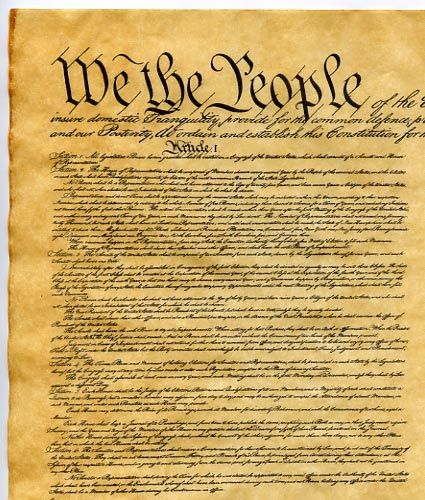 "No one ever seizes power with the intention of relinquishing it. Power is not a means; it is an end."--George Orwell

John Whitehead lists the rights guaranteed under the US Constitution which

have been vitiated using psyops and false flags as excuse. However it's

worth remembering that government isn't the problem.

Good government would be a blessing. The problem

is that government (and all social institutions)  has been completely

Mile Markers of Tyranny: Losing Our Freedoms on the Road from 9/11 to COVID-19

What the past 20 years have proven is that the U.S. government poses a greater threat to our individual and collective freedoms and national security than any terrorist, foreign threat or pandemic...

Although the Bill of Rights--the first ten amendments to the Constitution--was adopted as a means of protecting the people against government tyranny, in America today, the government does whatever it wants, freedom be damned.

"We the people" have been terrorized, traumatized, and tricked into a semi-permanent state of compliance by a government that cares nothing for our lives or our liberties...

Here is what it means to live under the Constitution, post-9/11, and in the midst of a COVID-19 pandemic.

The First Amendment is supposed to protect the freedom to speak your mind, assemble, and protest nonviolently without being bridled by the government. It also protects the freedom of the media, as well as the right to worship and pray without interference. In other words, Americans should not be silenced by the government. To the founders, all of America was a free speech zone. 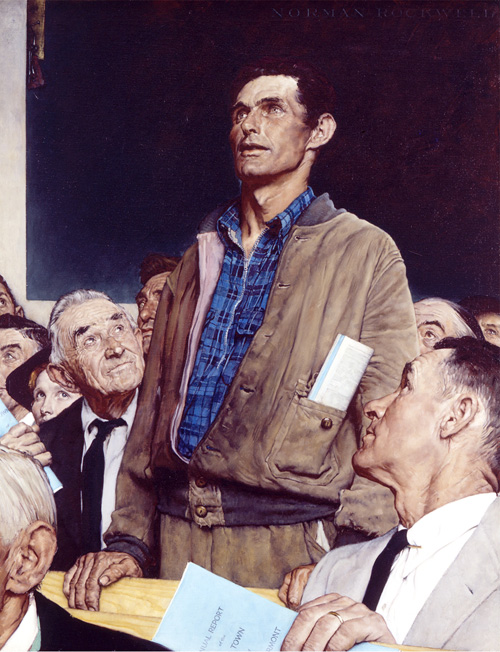 Despite the clear protections found in the First Amendment, the freedoms described therein are under constant assault. Increasingly, Americans are being arrested and charged with bogus "contempt of cop" charges such as "disrupting the peace" or "resisting arrest" for daring to film police officers engaged in harassment or abusive practices. Journalists are being prosecuted for reporting on whistleblowers.

States are passing legislation to muzzle reporting on cruel and abusive corporate practices. Religious ministries are being fined for attempting to feed and house the homeless. Protesters are being tear-gassed, beaten, arrested, and forced into "free speech zones." And under the guise of "government speech," the courts have reasoned that the government can discriminate freely against any First Amendment activity that takes place within a government forum.

The Second Amendment was intended to guarantee "the right of the people to keep and bear arms." Essentially, this amendment was intended to give the citizenry the means to resist tyrannical government. Yet while gun ownership has been recognized by the U.S. Supreme Court as an individual citizen right, Americans remain powerless to defend themselves against SWAT team raids and government agents armed to the teeth with military weapons better suited to the battlefield. As such, this amendment has been rendered null and void.

The Third Amendment reinforces the principle that civilian-elected officials are superior to the military by prohibiting the military from entering any citizen's home without "the consent of the owner." With the police increasingly training like the military, acting like the military, and posing as military forces--complete with heavily armed SWAT teams, military weapons, assault vehicles, etc.--it is clear that we now have what the founders feared most--a standing army on American soil.

The Fourth Amendment prohibits government agents from conducting surveillance on you or touching you or invading you unless they have some evidence that you're up to something criminal. In other words, the Fourth Amendment ensures privacy and bodily integrity. Unfortunately, the Fourth Amendment has suffered the greatest damage in recent years and has been all but eviscerated by an unwarranted expansion of police powers that include strip searches and even anal and vaginal searches of citizens, surveillance (corporate and otherwise) and intrusions justified in the name of fighting terrorism, as well as the outsourcing of otherwise illegal activities to private contractors. 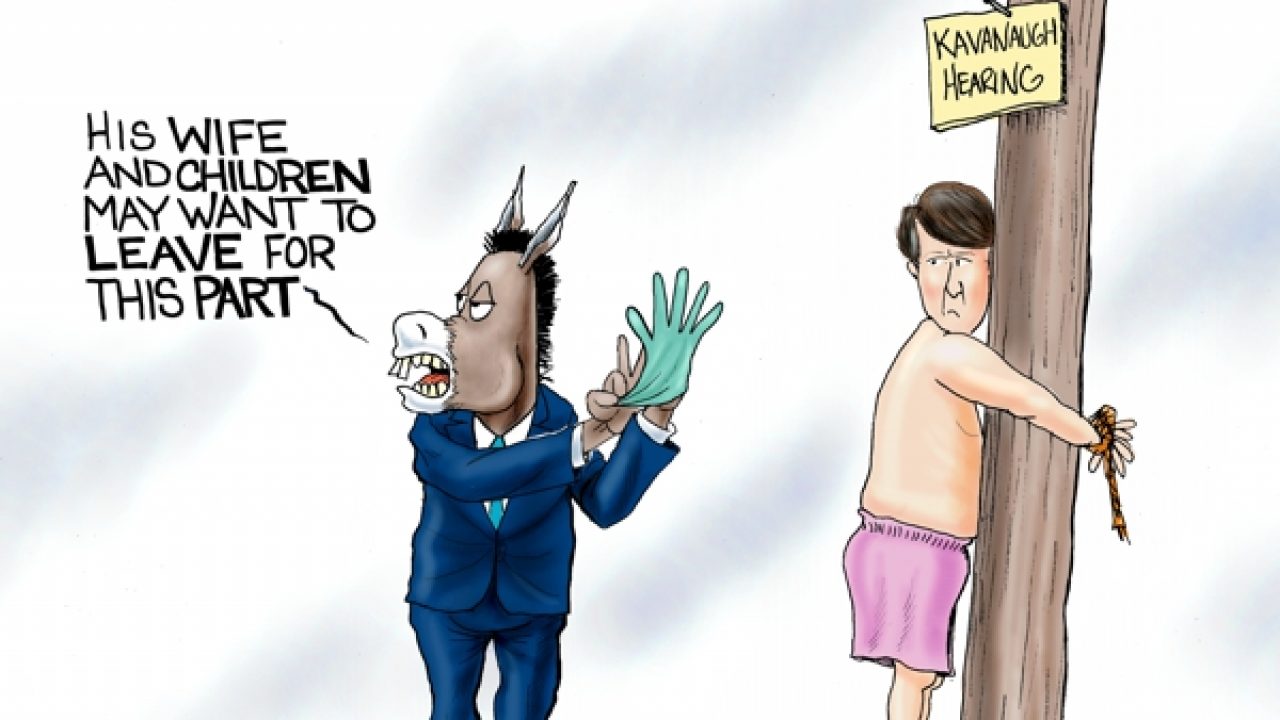 The Fifth Amendment and the Sixth Amendment work in tandem. These amendments supposedly ensure that you are innocent until proven guilty, and government authorities cannot deprive you of your life, your liberty, or your property without the right to an attorney and a fair trial before a civilian judge. However, in the new suspect society in which we live, where surveillance is the norm, these fundamental principles have been upended. Certainly, if the government can arbitrarily freeze, seize or lay claim to your property (money, land or possessions) under government asset forfeiture schemes, you have no true rights.

The Seventh Amendment guarantees citizens the right to a jury trial. Yet when the populace has no idea of what's in the Constitution--civic education has virtually disappeared from most school curriculums--that inevitably translates to an ignorant jury incapable of distinguishing justice and the law from their own preconceived notions and fears. However, as a growing number of citizens are coming to realize, the power of the jury to nullify the government's actions--and thereby help balance the scales of justice--is not to be underestimated. Jury nullification reminds the government that "we the people" retain the power to ultimately determine what laws are just.

The Eighth Amendment is similar to the Sixth in that it is supposed to protect the rights of the accused and forbid the use of cruel and unusual punishment. However, the Supreme Court's determination that what constitutes "cruel and unusual" should be dependent on the "evolving standards of decency that mark the progress of a maturing society" leaves us with little protection in the face of a society lacking in morals altogether.

The Ninth Amendment provides that other rights not enumerated in the Constitution are nonetheless retained by the people. Popular sovereignty--the belief that the power to govern flows upward from the people rather than downward from the rulers--is clearly evident in this amendment. However, it has since been turned on its head by a centralized federal government that sees itself as supreme and which continues to pass more and more laws that restrict our freedoms under the pretext that it has an "important government interest" in doing so.

As for the Tenth Amendment's reminder that the people and the states retain every authority that is not otherwise mentioned in the Constitution, that assurance of a system of government in which power is divided among local, state, and national entities has long since been rendered moot by the centralized Washington, DC, power elite--the president, Congress, and the courts.

If there is any sense to be made from this recitation of freedoms lost, it is simply this: our individual freedoms have been eviscerated so that the government's powers could be expanded.

Thanks to John B

Note that all of these violated rights came onto the constitution as amendments, not a capital part of the document but an afterthought.  As a matter of fact they would not have been added at all except that the people were not going to ratify the document into law without some guarantee of their rights which they felt they had recently fought a war to secure.

The masonic "founding fathers" did not want any such rights included in the government at all and their desire for an eventual demise was settled by one of the first, if not the very first, use of congress, a bill blatantly unlawful according to the new constitutional laws but lauded by Washington, that is, Hamilton's setting up of the Bank of England on American territory with an American name but the same old stockholders safely running their pauperizing racket from London.  Such was outlawed because it is a conveyor belt of all wealth into the hands of those stockholders who own the false DEBT AT USURY pretending to be the national medium of exchange which they euphemistically misname "bank credit."  This system cannot but enrich the already super-rich while it drains all who must be indebted to do any sort of business exchange.  It's an exercise of simple mathematics that no one seems to want to see.  The new constitutional law demanded that the medium of exchange be MONEY, created, given its value and circulated BY THE GOVERNMENT AT NO COST TO THE PEOPLE, ITS RIGHTFUL OWNERS.

That original Adam Smith false philosophy created the bank in England itself could not have come into existence except that protestant England had dumped God as the ultimate authority in the government, as well as in every person's daily life, even in religion, installing to rule instead of the always greedy and unfeeling "rights of man."

When God is left out, always, without exception, power, all power, is soon in the hands of the greediest, the most treacherous, unfeeling and vicious of mankind.  Often praised by those criminal-minded elitists as "survival of the fittest."  It is the true and obvious cause of an ever greater divide between the haves and the have nots.  Such a vast gulf cannot exist under God's simple rule of loving one's neighbor as oneself which was the general practice of the Church He set up; and which the criminals running Holland and then England literally destroyed in order to be able to keep 100% of their stolen riches, sharing not even a bread crust with the poor and starving, whom the destroyed Church had previously put FIRST in terms of material care.

Those at the top in the creation of these United States were themselves products of the protestant liberation from the rules of God, as are most of us today who are U.S. citizens, whether or not we give lip service to God.  That's why we praise the French bloody revolution product, the "Statue of Liberty" (liberty from the laws of God), now long parked in the New York Harbor.  That's why we have a freemasonic dedicated hall of congress.  That's why we have a satanic phallic obelisk as the Washington Monument.

That's why we are now beginning to feel the final results of liberalism, being liberated from the easy rules given by God.  He obviously has His own limits to His benevolence, one of which has shown throughout history as the demise of any nation which allows so-called marriage between other than a man and a woman.  His wrath is now beginning to show.  Beware and convert.  Playtime is over.