Mike Stone: Are You Ready for Civil War?

MIKE STONE LOOKS INTO HIS CRYSTAL BALL
AND SEES DOMESTIC CHAOS POST-ELECTION
Election Day is Coming: Are You Ready?
by Mike Stone
(henrymakow.com)
Election Day in the United States is less than three weeks away. Are you ready for what promises to be possibly the darkest day in our nation's history?
If you're wondering what's going to occur, I'll tell you right now. Donald Trump is going to win on Election Day, but Joe Biden - or more rightly, Kamala Harris, the real head of the Democrat ticket - is not going to concede. Biden and Harris will be supported by every Democrat politician across the country, as well as the entire mainstream media, large swaths of the alternative media, and the usual assortment of turncoat Republicans (Mitt Romney, Paul Ryan, Marco Rubio, etc.) They will attempt to drag the proceedings out for weeks, while hundreds of thousands of fraudulent mail-in ballots begin to show up and be counted. In the meantime, they will encourage massive - and I mean massive - civil unrest. You're going to see rioting, looting, and burning on a scale you've never seen before.
Are you ready for all of that? If not, you may want to start preparing. My advice is to spend a few hours on the weekend prior to the election stocking up on food and essentials (maybe some ammo too). Then on the day itself, to wake up as early as possible, vote as early as possible, and go straight home.
Don't go to work that day. Don't send your kids to school that day. Hunker down and prepare to defend your life and your property, if necessary. I wouldn't go to work the day after the election either.
The day after the 2016 election I was confronted in an elevator by six angry individuals. I didn't say a word to any of them, but one looked me over and said, "You look like you're gonna make America great again."
Then another one asked if I voted for Trump. "Yes, I did," I replied. I thought I was going to have to fight my way out of there.
Don't be complacent or think you're safe because you live in the suburbs. The mobs are already organizing to march through suburban neighborhoods all over the country, throwing rocks through windows and destroying property. Yours could be next. If you live in a state with a Democrat governor, it's really going to get worse, because they will encourage the rioting and violence.
ALARMISM?
Am I being an alarmist about all this? Maybe. But what have we witnessed for the last nine months, not to mention the last four years?
What did we see last week, but concrete proof and evidence that Hillary Clinton, Barack Obama, James Comey, John Brennan, and others, with the support of the entire mainstream media apparatus, conspired to overthrow the government of the United States? You don't think they have something massive planned for this election? You don't think they're going to pull out all stops this time around?
Of course, they are, and they've already tipped their hand. Hillary has already told Creepy Joe not to concede under any circumstances. The Fake News media has run story after story preparing the public for massive resistance and insurrection following the vote that day. Every television network in the country is running stories on the need to postpone the results until the fake mail-in ballots are counted. Now Nancy Pelosi is talking about some kind of 25th Amendment chicanery to unseat Trump if he wins. 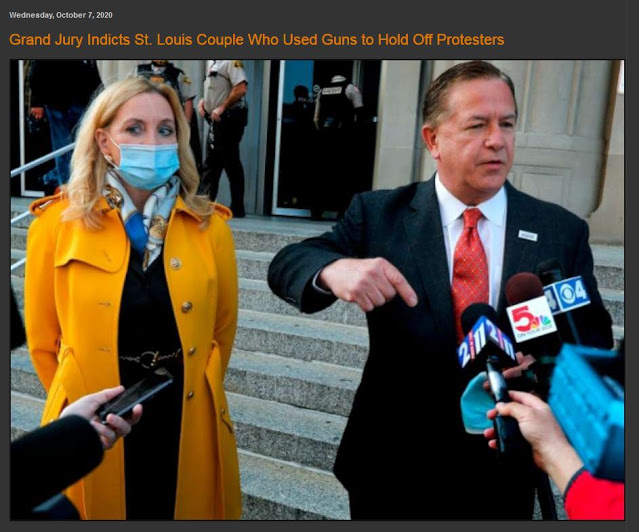 Comments for "Mike Stone: Are You Ready for Civil War?"

What I heard from all the gun owners: people, men, women and conservative Black men too, stocking up on weapons and ammo, for post-election trouble and no police help!

Henry, tens of millions around the world, many including credible people, scientists, demolition experts and various other experts in their fields are all aware of the false flag that was 9/11. Documentaries have proven it was a false flag inside job.Yet coming on twenty years since that event nothing has changed. The official narrative remains and those who question are today's many conspiracy theorists.

The coming vaccines with RFID chips no doubt will all roll out as planned also. The chabad moshiach is soon to arrive on the scene. Everything else going on is a sideshow and a distraction. If you want to be immune from an so called coronavirus just put on a police uniform. Those enforcing the lockdowns are immune to this plandemic as they arrest and fine those not in compliance.

Its admirable many are blowing the trumpet and trying to hold back the tide by informing others, but one by one they are silenced.
My great disappointment in this hour is the silence of so called Christians. Yes, denominations were long infiltrated. Are their any prophets like a David Wilkerson on the earth at this time? I'm not aware of any.

You do well brother to inform, but even among those with knowledge and understanding, they often only squabble among themselves.
While the masses get involved in political theatre, race wars, defunding police, and all the other things to divide.......the agenda rolls on unabated. This is the coming enslavement of mankind and mass depopulation.

While they cheered Jesus on Palm Sunday, they crucified him soon after. The mob is fickle.

What's bizzare about this election is the MSM's fantasy poll numbers. They have Joe Biden up 16% over President Trump which is laughable. I think the Democrats figure that all the millions of mail in ballots will have Joe Biden's name on it.
The Democrats lost their attempt to smear Vladimir Putin and Russia by accusing them of meddling in the last presidential election. This was proven NOT to be true at all.

I think the MSM and Democrat's plan to fabricate these poll numbers might be to make appear unbelievable and illegit if President Trump wins. And if this is the case Biden might not concede and they can accuse Putin and Russia all over again.

As scary as it sounds, with each passing day Mike’s forecast seems to be more and more realistic.

The USA political/legislative system is completely sick, and any attempt to “cure” it with elections in this day and age is like trying to cure terminal cancer with anti-biotics.

I am not sure about Bill Barr being part of the Deep State, but the whole hesitancy with regards to arresting some open promoters of this 3.5-year ongoing coup d’Etat is baffling. This is a clear case of treason and it should be dealt with accordingly. Whether Trump and Barr don’t wanna do it or they simply can’t…that’s a question that remains to be answered.