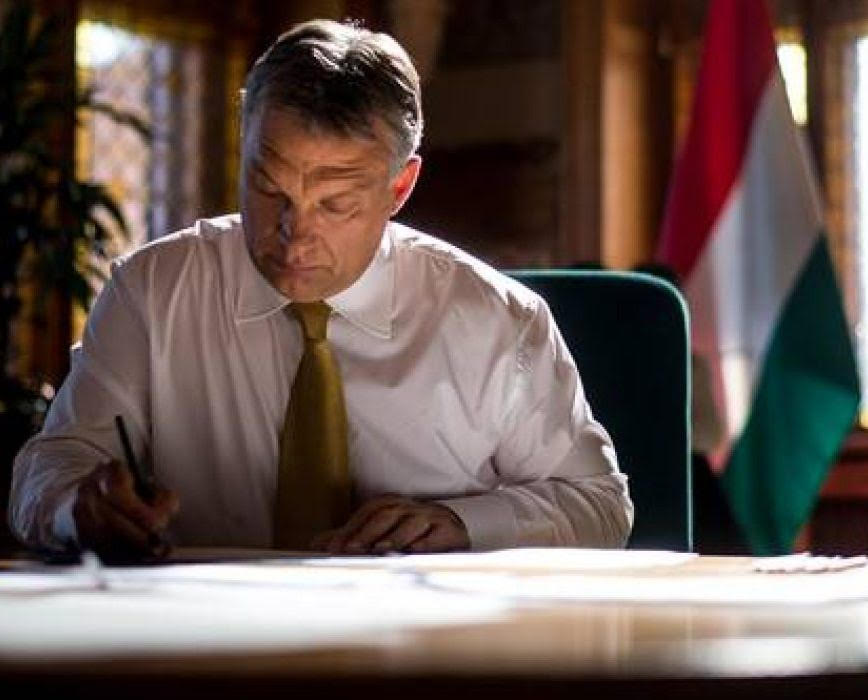 Hungary PM OrbÃ¡n: "Soros a criminal, greatest threat to Europe"
'Europe must not succumb to the Soros network'
by Viktor OrbÃ¡n, Prime Minister of Hungary
"George Soros is an economic criminal, because he made his money through speculation, ruining the lives of millions of people, and even blackmailing entire national economies.
Now, the Hungarian-born speculator and billionaire George Soros issued open commands to the leaders of the European Union.
Today the Soros network, which promotes a global open society and seeks to abolish national frameworks, is the greatest threat faced by the states of the European Union.
The goals of the network are obvious: to create multi-ethnic, multicultural open societies by accelerating migration, and to dismantle national decision-making, placing it in the hands of the global elite.
On the payroll of George Soros are a long list of politicians, journalists, judges, bureaucrats, and political agitators masquerading as members of civil society organizations.
And although the billionaire accuses all his enemies of corruption, he himself is the most corrupt man in the world.
He pays off and buys whoever he can - and those whom he cannot bribe will be slandered, humiliated, intimidated, and destroyed by the network
Many high-ranking EU bureaucrats are working with the Soros network to create a unified empire.
Western leaders who have lived their whole lives in a world of inherited freedom and the rule of law should now listen to those who have fought for freedom and who - based on their personal life experiences - can distinguish between the rule of law and tyranny.
If we want to preserve our freedom, Europe must not succumb to the Soros network."
---
Thanks to Brabantian!