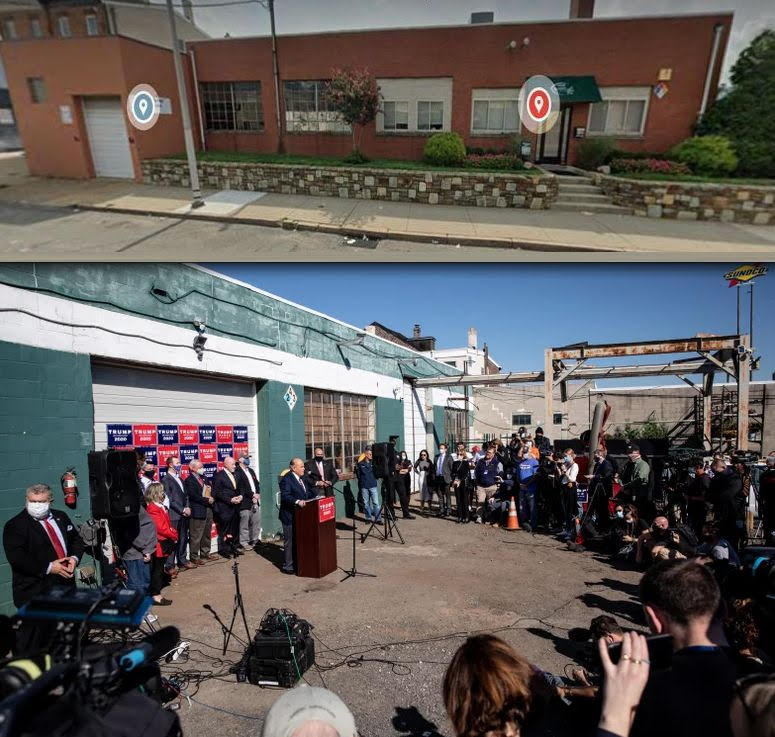 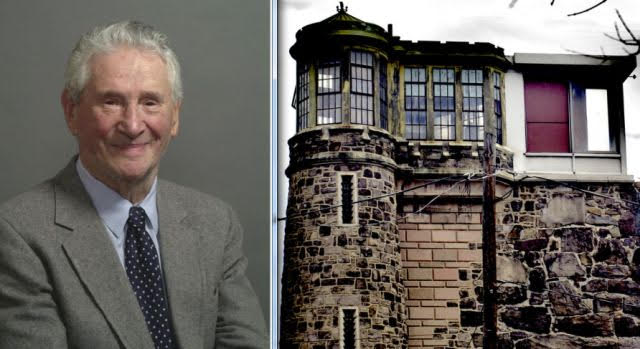 Q of QAnon fame often quotes from 'Law Abiding Citizen', the scene where the 'Clyde Shelton' character says, "I'm gonna pull the whole thing down. I'm gonna bring the whole fuckin' diseased corrupt temple down on your heads. It's gonna be Biblical."
The nearby prison tied to statements of Q seems to signal 'We know where the bodies are buried ... and a horrible prison is where you might go soon too'.
Regarding 'Four Seasons', President Trump's first year in office, was marred by the 'Stephen Paddock massacre in Las Vegas' of October 2017, 'killing 58 and wounding 850', in what many see as an Illuminati event. Paddock was 'shooting out of a 32nd floor window', just below the Mandalay Bay 'Four Seasons Hotel' on floors 35 to 39.
On 13 April 2020, 'Four Seasons Total Landscaping', solely owned by Ms. Marie Siravo, was approved for a covid-19-related loan in the $150-$350,000 range, amidst many other 'Four Seasons' recipients: https://projects.propublica.org/coronavirus/bailouts/search?q=four+seasons+landscaping
The company's book-keeper, Ms. Leigh Wiener, makes a great many small but continuous Democratic Party campaign contributions, averaging about $68 each but in a large stream, to 'Biden for President', 'ActBlue' and so on, 4channers counting 292 entries in public records here: https://www.fec.gov/data/receipts/individual-contributions/?contributor_employer=four+seasons+land
Rudy Giuliani appears to mention her name, 'Wiener', just in passing during his talk. 4channers suspect that 'Four Seasons Landscaping' is just one of many businesses in effect laundering funds in various ways for the Democratic party. They also suspect the crematorium nearby is where voting ballots for Trump may have been burned.
Although not presenting the vote fraud material very aggressively that day, Giuliani seems rather confident for a man representing the President of the United States in what seems to be embarrassing circumstances. For many 4channers, the choice of this small business backlot was precisely calculated to signal the Bidens and the globalists of the Democratic party, that team Trump has everything, and they are ready to deploy.  In the close-up photo of Giuliani speaking on the right, notice the severely-glaring man on the left making an Illuminati hand-sign ... a signal once again.
Previous weeks saw salacious videos and images from Hunter Biden's laptop being published, along with a few incriminating documents. Most key material seems to have been held back ... but can perhaps be the basis of swift criminal indictments not only of Hunter Biden, but also of Joe Biden, the claimed 'President Elect', and also of a significant number of Democratic Party leaders, Ukraine scandals greatly exposing an entire corrupt machine of Democratic Party power and funding.
Joe Biden himself hesitated to declare victory. Nervousness is in the Washington air. There is perhaps a 'deal' on offer: Hey Dems, admit the votes are dodgy and let the nervous judges know as well. De-couple the presidential electors, and have the state delegations in the House pick the President in January per the Constitution, each state group getting 1 vote. With the majority of states Republican, Trump would have his hard-won victory ... and in return a magnanimous Trump would save the Bidens and Democrats generally, from the fate they might well deserve.
----
Related  - The first witness Giuliani called at his press conference alleging voter fraud was a convicted child sex offender

Comments for "Does Bizarre Giuliani Press Conference Send a Message?"

Thanks Henry, for another really good article! The Simpsons portrayed Trump being assassinated, but not as President, I think. It took place at Trump Tower. I doubt this is going to end well for any of them.

BRABANTIAN DESERVE ALL THE CREDIT -H

The MSM has done a terrible job of trying to convince the public that there was no vote fraud in this past presidential election. No one believes them anymore and they still don't get it. The fix was also on in many of the Republican Senate races. Like President Trump, Republican John James had a commanding double-digit lead over Democratic Incombant Gary Peters at midnight in Michigan and wound up losing.

Why is it that COVID cases now in Washington are predominantly found with Republican politicians and staff members but rarely found with your Democratic politicians? This doesn't help in giving COVID credibility. This is a "disease" that obviously discriminates.