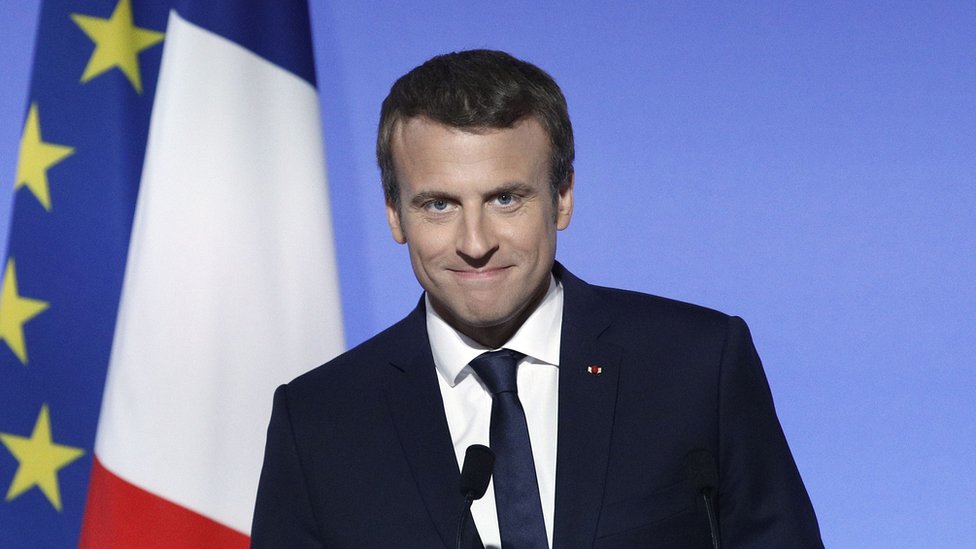 by Brabantian
(henrymakow.com)
Israel Shamir has added more detail, to something briefly covered the previous year by Kevin Barrett on your site. Barrett wrote:
"Don Isaac Abravanel (1437-1508), Netanyahu's family hero and role model, was the first modern Zionist. Abravanel preached a pragmatic plan to create a Jewish state in the Holy Land while taking revenge on Christians and Muslims by tricking them into fighting each other in an apocalyptic war that would destroy both religions and leave Zionist Jews masters of the world. A little over five centuries later, Abravanel's plan' hyped by Bibi's father Benzion Netanyahu' is nearing fruition."
Israeli-Russian Jewish convert to Orthodox Christianity Israel Shamir says Macron was hand-picked to foment global war between Islam and the West, along the Abravanel lines:
"A deeper reason why Macron decided to splash some oil onto the ever-glimmering bonfire of strife [with French government sponsorship of the Mohammed-insulting cartoons]
Zionism didn't begin with Theodore Herzl but has deep roots in the Kabbalistic eschatology of the Middle Ages. Such a Jew was Rabbi Isaac Abarbanel or Abravanel (1437-1508), subject of the book 'Don Isaac Abravanel: Statesman and Philosopher', by Benzion Netanyahu (1910-2012), father of Israeli Prime Minister Bibi Netanyahu, and a cult figure for father and son alike.
Abravanel's idea, absorbed and accepted by Benjamin Netanyahu, was the calling for an apocalyptic catastrophe, a 'war of the monsters' between Muslims and Christendom. This war will be concluded with a weakening of both sides and the Rise of Jews to world domination, symbolically called 'The Feast of the Leviathan.'
A French Jewish writer blogging under the name Tsarfat (the Hebrew name for France) tells of a few prominent Jews (Alain Minc, Serge Weinberg, Jacques Attali, and Bernard Mourad) vouching for Macron with David de Rothschild.
In 2011, Macron became a junior partner at Rothschild. He did whatever Rothschild demanded and in return, he has got the presidency of the Republic.
Macron now has to deliver the war between Christendom and Islam, for the supreme glory of Israel.
Eric Zemmour, an Algerian Jew on French mainstream TV channels ... speaks of mass deportations, and actually calls for a civil war against French Muslim citizens, while presenting himself as a defender of Catholic France.
His official opponent, the ideologue of liberal France, is Bernard-Henri Lévy, BHL, another North African Jew, who was instrumental in creating civil wars in Syria and Libya while encouraging Islamist fanatics in these lands to overturn the secular socialist regimes. He is a supporter of immigration, and lives part of the year in Marrakech, Morocco."
https://www.unz.com/ishamir/charlie-hebdo-rides-again/