Mike Stone- Deluded Society; What Do You Do? 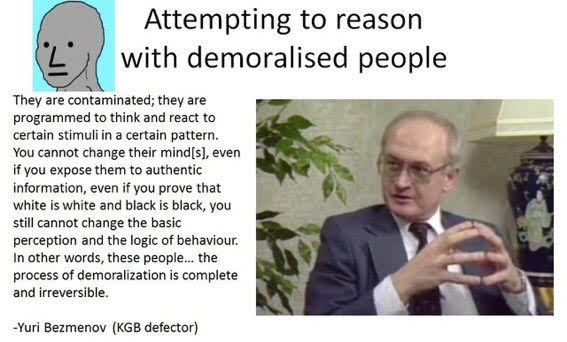 How do we cope with family members who have been gaslit and
think you're a tin-hat?
A family member sent this heart-rending story about a woman who survived the holocaust only to be struck down by COVID at age 91. When I suggested her age may have been a factor, he replied that COVID could get me, at age 71. "Young people may think he was already 71; he was old enough to be done with life."
At 91, I will be done with life!
Why do Jews seem more prone to accept the gaslighting? Do they sense intuitively that Agenda 21 is about Jewish supremacism?
Below, Mike Stone expresses his frustration with the people he knows who are not Jews.
by Mike Stone
(henrymakow.com)
You're a patriot, a proud American, and a kind and thoughtful person. You strive to always do the right thing and treat others the way you wish to be treated.
So how do you deal with such outright evil, such blatant criminality as the stolen election we are now witnessing? On a personal level, how do you deal with everyone in your life that supports this criminality? 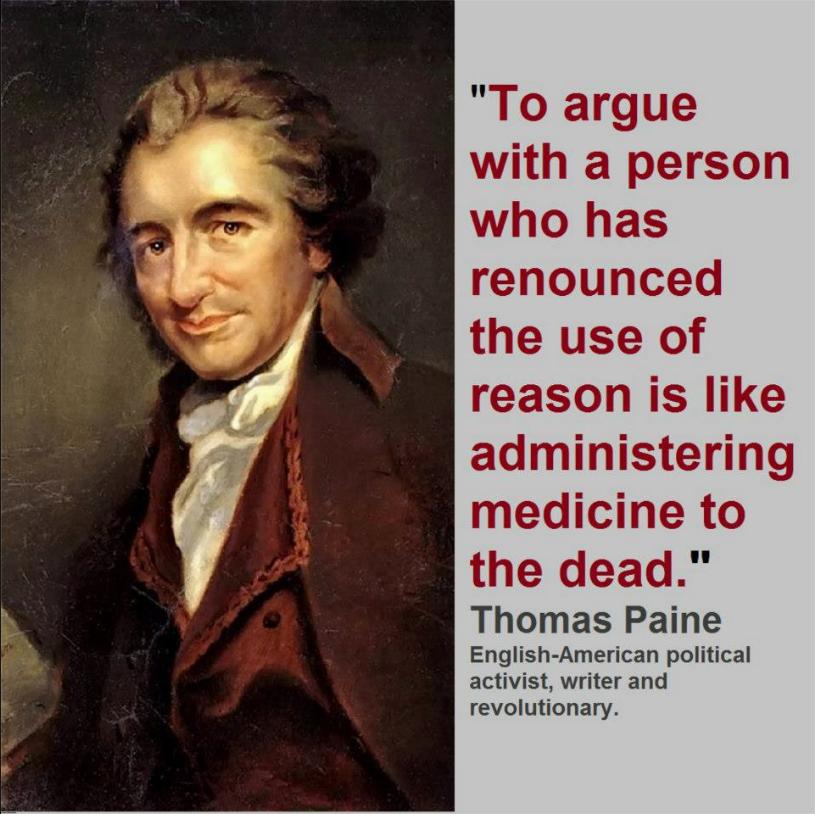 How do you deal with your friends, family members, and neighbors who voted for Joe Biden who don't give a hoot about the obvious voter fraud currently taking place?
How do you deal with the fools and cowards in your life who didn't even bother to vote or who tell you that there's no difference between Biden and Donald Trump, that it doesn't matter who wins?
I come home tonight and hear televisions blaring from my neighbors. They're watching Joe Biden's "acceptance speech."
To them, it's a proud moment. To them, it's a wondrous thing.
So what do I do?
If you met my neighbors you'd think they were the nicest people in the world. The Hispanic couple next door is as helpful and friendly as anyone you'd ever meet. I would do anything for them and I'm sure they would do anything for me. Yet they're celebrating this stolen election like it's the greatest thing ever.
I'm reminded of Jesus' words on the cross: "Father, forgive them for they know not what they do."
My neighbors obviously have no idea of the fraud that's taking place. They have no knowledge or conception of Communism. They have no idea how bad things are going to get if Biden actually takes control of the White House.
I have friends and family members who believe what they see on the idiot box and never question authority.
Any attempt to educate them falls on deaf ears.
I have no easy answers. I can tell you that I have no patience for the fools and cowards who believe it makes no difference who wins the election and who are too timid to fight. Nor for those who are fully aware of the criminality taking place and support it. 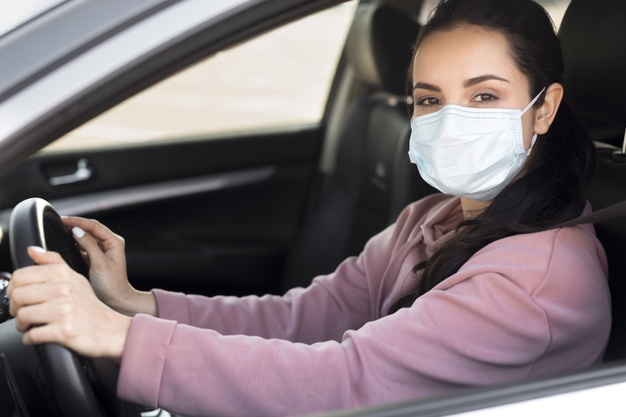 But what about the ignorant masses? What about those who mean no harm, but lack the common sense and critical thinking skills to actually know what's going on? How do I deal with them? How do you deal with them?
Despite the rush by the perpetrators to anoint Creepy Joe the winner, this election is far from over.
We won't know who really won until December at the earliest, and more likely until January. That's plenty of time to decide how you want to deal with the ignorant masses in your life. The one piece of advice I can offer you is to use this time to get right with God. For me, that's traditional Catholicism.
Getting right with God is essential, because no matter who wins, things are going to get far, far worse. If Trump wins, we know his and our enemies will pull out all stops in the coming year. If they are so evil, so twisted in their sinful minds, as to attempt an overthrow of our country's elected President, then there's nothing they will stop at.
If Biden wins, expect the full onslaught of NWO enslavement. In other words, our country is finished. Kaput. Gone forever. Sure, we'll keep fighting, keep doing what we can, but the battle will be a thousand times harder and many will perish, both physically and spiritually. Getting right with God will be your only armor of protection.
As for those ignorant masses, you'll have to choose your own response. I'm praying for guidance on that one.
------------------
Mike Stone is the author of A New America, the first novel of the Alt-Right, a dark comedy set on Election Day 2016 in Los Angeles - - Available on Amazon.
First comment from WesleyEverest
Mr. Stone - If you are going to call me a coward, I guess I must call you a doofus.
https://escapedwageslave.blogspot.com/2020/11/common-sense-award.html
I do like your observations and can relate to your frustrations, but the one solution you hold onto is so corrupt - voting -  I can't believe your rationality left you. Tell me your vote counts. Really. Is voting like a warm comfy blanket on a cold morning? It is still cold out. Because the process in my life has resulted in deeper and more sinister corruption. You denounce the Mob action by Antifa, BLM, etc, and rightly so, but your Mob of adoring Trump fans is going to save everything.  I don't get it.  You are not consistent. Trump is an actor and obviously a quite good one, and the puppet strings are visible to all that can see. The bumper sticker on my car says:
It's NOT Left vs Right, It's the State vs You!
The more you can live without the State in your thoughts and deeds, stay self-reliant, the happier you will become, I believe.
I respectfully disagree with your article, but I continue to be a fan of your writings.
Ken Adachi comments on the first comment above
This is the 'First' Comment to the clear and rational exposition of a Mike Stone? Are you kidding me? Every sentence is a disaster; a monument to muddled thinking and illogical, skewed conclusions. He wants to castigate Mike Stone as void of 'rationality' because he believes in the power of voting?  Here Mike Stone is expressing his frustration with the DUMBNESS of unthinking, uncaring, BLINDED people who can't recognize the forest from the trees in the midst of a full blown communist coup to STEAL the election from the candidate who LAWFULLY and Legitimately won 75% of the country's vote. Yet this guy and the other comment writer can only focus on throwing 'nothing' darts at Mike Stone? They MAKE his point.
--

Comments for "Mike Stone- Deluded Society; What Do You Do?"

Must agree with the naysayers on this. Both Biden and Trump are barrel bottom scrapings. There are more than 300 million Americans who would be better presidents than all the political party candidates put together as the parties are all owned by Rothschild cabal money to the point where an honest man cannot get his name on a ballot. These days ALL "party men/women" are in it for the illicit use of power to steal from the people. The few honest people are soon marginalized by the party, media, monopoly capitalists, and finance, quickly becoming non-persons politically.

Trump was born into a family whose father was a Rothschild man, as Trump has been all his life. There is no real good in him. His obvious mindset is a New York Jew businessman. He has callously run the U.S. government as a Jewish owned business for four years - taxpayer monetary reward (never his own money) to his friends and those who bow to his wishes and monetary attacks (sanctions) on those whom he cannot cow. This is plain thuggery, it is not government.

L. Fry (Paquita de Shismareff) of "Waters Flowing Eastward" was out of a ranking San Francisco family. She told me that family members never voted unless there was a godly candidate running as there is no such thing as a lesser of two evils since evil is always evil.

Nevertheless, Trump won the election by likely the largest margin in the history of the nation. The massive criminality in the voting must lead to massive arrests and massive prison sentences or the nation's real patriots will have to restore sanity with force. No two ways about it.

Mr. Stone calls me a "fool and a coward" for not voting (I never vote)? I would call people fools for voting! Mr. Stone is getting right with God at the Catholic church, after hinting at the "Jewish" Agenda 21 takeover? I would argue he is getting right with satan at that corrupted church, which is no better than Judaism, especially now with a Jesuit pope. For anyone who doubts the Jesuits are at the top of the power pyramid, along with cabalistic Jews, I recommend spending some time at the gematria effect. news. Does stone think Trump is different than Biden? They are both Jesuit/Jewish (Jesuit?) puppets!!

The satanist Talmudists fake jews have been on the precipice of choking out Christianity many times in the past and they always fail.

Even when Spain was overrun by Islamic hordes brought in by fake jews, the spark of Christianity ignited and eventually drove them out.

Trump is an attempt to prevent that spark from igniting and extinguish resistance softly, but in the end the Satanists will lose again.

Whether it is weak to manservant made invincible in doing God's will like David or whether they finally obtain absolute dominion and it is Jesus come again in power and glory this time. The end result will always be their defeat, but shame on us for not resisting with truth and love every step of the way.

As always wishing you God, truth, liberty, and peace in that order for any of them to be true and lasting.