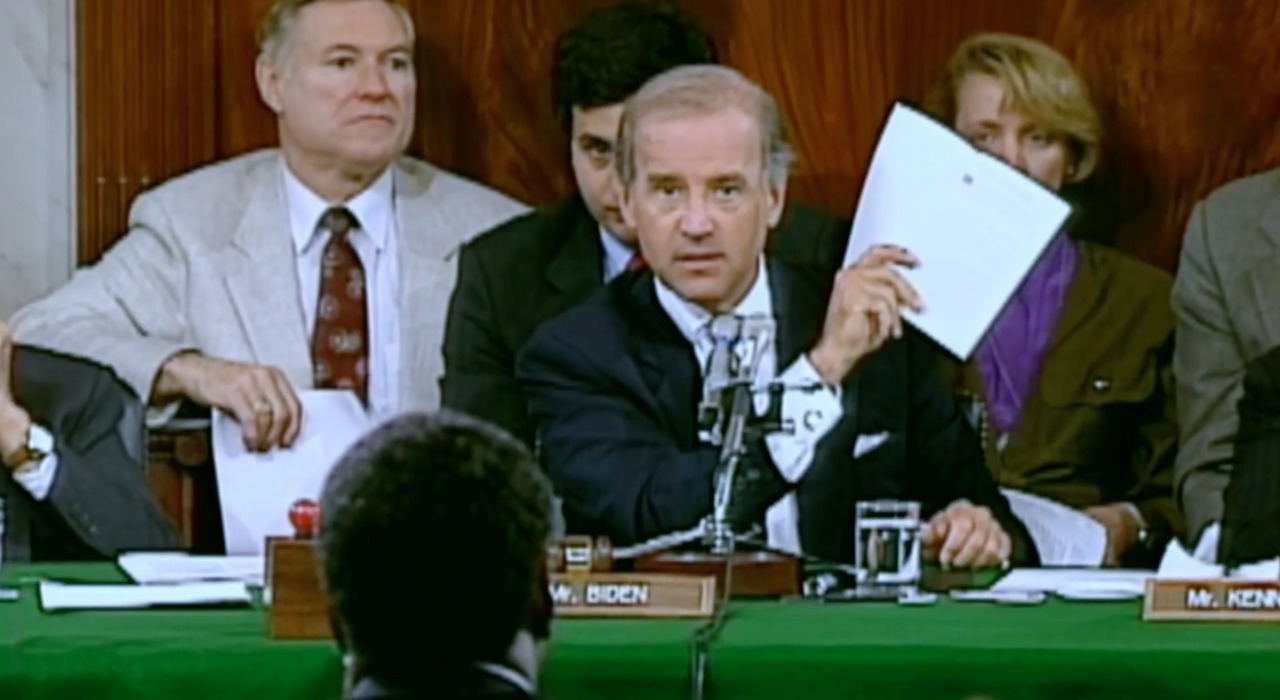 The Supreme Court Justices will confirm the vote fraud,
and join Clarence Thomas in giving Joe Biden
a taste of the humiliation he deserves after humiliating Thomas
back in 1991.
Also Read-
Constitutional Expert Explains how the Supreme Court or States will award Election to Trump
by Brabantian
(henrymakow.com)
The nine justices of the USA Supreme Court, have their own deep-set motives to trash team Biden for vote fraud.
These include Biden's personal attacks on Clarence Thomas and Biden-Harris threats to destroy the authority of the US Supreme Court by adding as many new judges as necessary.
Trump's win is not so remote as many think, with one faction of the 'Deep State' or 'Illuminati', itself inclined to back Trump and provide support for the US Supreme Court's likely strong anti-Biden inclinations.
The USA Supreme Court could give Trump a victory here without even needing to declare that Trump has legitimately 'won'. All it needs to do is declare enough doubt about the vote. Then the choice of President devolves in January to the US House of Representatives voting in blocs by state, each state with 1 vote. As most states are Republican, this means Trump wins.
First of all, 3 of the 9 current serving Supreme Court Justices - Gorsuch, Kavanaugh & Barrett - were appointed by Trump himself. They owe him a favour. With one Deep State faction itself backing nationalist-Zionist Trump against globalist Bolsheviks, these judges are not only free but deeply inclined, to acknowledge evidence of Biden-Democratic vote fraud.
Secondly, and most importantly, the longest-serving justice on the US Supreme Court is conservative black intellectual Clarence Thomas, sworn in in 1991. His nomination was aggressively fought by then-Senator Joe Biden, managing hearings in what Thomas called "a national disgrace ... a high-tech lynching for uppity blacks who in any way deign to think for themselves."
The central issue was questionable 'me, too' type sexual harassment allegations by an angry female law professor who was formerly Thomas' assistant.
https://eu.detroitnews.com/story/opinion/2020/03/19/opinion-joe-biden-owes-clarence-thomas-apology/5071296002/
The problem here for Biden, is that his personal attacks on Clarence Thomas, then a Federal Appeals judge, touch all Supreme Court Justices independently of those justices' race or politics.

Comments for "Brabantian - Supremes Likely to Hand Power to Trump"

This is article is "spot on". The Supreme Court will have to get involved because there IS OVERWHELMING EVIDENCE of voter fraud in this past election.

Even my Democratic friends have admitted to me that it was stolen from Trump but are using the excuse of past elections to justify it.

Dewey really did beat Truman. Richard Nixon did beat John Kennedy and George Bush Jr. didn't win the first or second time. This, I do believe.
US elections since 1980 have been between the AIPAC backed Republican candidates and the Globalist World Order Democrat candidates.

As evidenced by the fraud in this last election the American voter is no longer determining his fate. Yes, a lot of US elections have been rigged including this one but it just was a very, very, bad time to do it.

From the article: "The [3 Supreme Court justices he appointed] owe [Trump] a favor." This pay-to-play concept is what passes for justice in the USA. Most Americans appear to find judicial partiality to be normal and have corrupted their legal system by turning it into a political playing-field.

Barbadian offers clear insights into the motives, role and thinking of the current US Supreme Court in what court becomeTRUMP vs BIDEN. If the court's ruling puts Trump back for 2nd four-year term-IT WILL SET THE STAGE FOR the ULTIMATE DEMOCRATIC PARTY RAGE SCENARIO. I believe that is the ELITE script to heighten civil unrest and maybe even CIVIL WAR.

My hat's off to Brabantian.