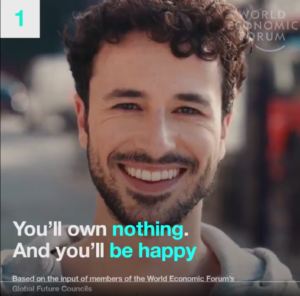 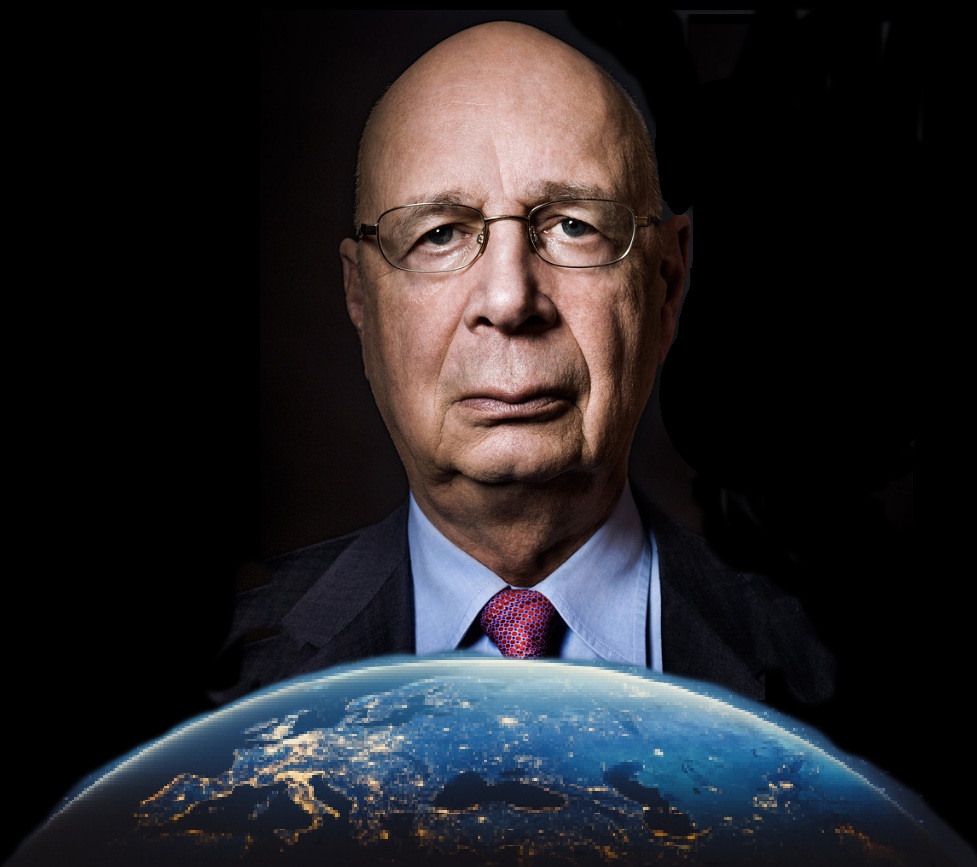 USSR CHILDHOOD
So now we have the infamous Dr. Klaus Schwab, who looks so much like Dr. Evil from Austin Powers, that it's not even funny, telling you that "by year 2030 you will own nothing and be happy", because you will live in a blissful world of "circular economy".
Sorry, Doctor. Been there, done that. I did live in a "circular economy", which was called Communist Russia.
My parents and grandparents did own nothing; they lived in teeny tiny apartments or baracks provided by the government, sometimes together with complete strangers, because the government decided so.
Their salary was not enough to buy a car after years of work and even if they had the money, they would have to wait for decades to buy it, because the government decided how many cars were to be manufactured.
Guess what? Less CO2 and pollution! No traffic jams in the USSR! Cool, isn't? People had to wear the same clothes for decades only to send it to their relatives in need later.
Can it get even more circular?
Full recycle, I'd say. I took a glass jar to the grocery store, where the grumpy salesperson poured me some sour cream, then I carried it back home in a canvas sack only for the jar to be washed after it was empty and carefully stored for the next grocery visit, canvas sack neatly folded and hided, because we had only one. As sustainable as it gets! Great for the environment, by the way.
Wanna learn more about sustainability, equality, circular economy and inclusiveness, just read some more information on the USSR! Were we happy though? The propaganda machine and, what's more important, the penitentiary apparatus were not working that well during the last years of Soviet regime, so there was awareness that huge resources were really accumulated in the hands of the few.
And they could do what they please with them, while the majority of the population was just trying to survive. Because Communism and Super-Capitalism are two sides of the same coin. Because if YOU own nothing, SOMEBODY owns everything.
Super-Capitalism is just much more expensive to maintain. You need to finance all these democratic institutions, antitrust commissions, provide at least some freedoms... what a pain in the butt. Hey, why not try Communism again, but on a global scale?
REWARMED COMMUNISM IS MORE DANGEROUS
The 2020 global technocratic version of communism is much more dangerous than its previous bundles particularly because of the inflorescence of various tracking, tracing and surveillance technologies available.
In 2020 our adversary, and by us, I mean humanity as a whole, only showed us some of its trump cards, pun intended. And damn, those cards were really good!
The concept of full spectrum dominance on a global scale demonstrated quite efficiently.
Elected authorities overruled, democratic freedoms and rights revoked, all governments operating as a single force directed from the single headquarters. But, we must not be scared! We must not be obedient and indifferent to this madness!
Our will, our belief in the freedom of every single individual, not only of those who own everything, is a joker down our sleeve, which will beat the seemingly omnipotent communist force spreading its venom again.
We have to take the challenge and play our cards right in 2021! Otherwise we will all own nothing and be happy, like, you know, mental institution patients with heavily arrested development...

It is important for Christians to understand that it has been about 1990 years since Christ was buried and resurrected, and for the first 1850 years there was a common theme as to the message of the Bible. For about the last 170 years the dispensationalist system of interpretation has grown to its current dominant viewpoint. When compared to the historical view that can also be called covenant theology, dispensationalism implodes on itself because of all the incorrect doctrines like pretribulation rapture, literal interpretation of scripture, and itâ€™s idolatry of Israel and the Jewish people.

This country would not be in the current mess if we had people in the churches today that had a full dose of the Holy Spirit. Instead we have a dead church that offers no resistance to the rotting of our culture. I believe that the collapse of the Christian church is by design with these false doctrines. That is not to say that individuals are not saved. Voiceofelija.org , the narrow path.com , truthaccordingtoscripture.com, are some resources. Ask yourself... Why would the spirit of God in dwell a person who is willing to believe lies about what is in the gospel?

President Trump's approval ratings are higher than they've ever been right now. The more the MSM trashes him the more the public knows he's doing his job.

It's actually a scary thought to imagine the Biden/Harris team taking over the Oval Office. Joe Biden is not at the top of his game these days and Kamala Harris still seems distant from Joe Biden and no one knows quite for sure what either one's agenda really is. If and when Joe Biden takes over the Office of the Presidency he will be stigmatized as an illegitimate winner of that office by many and they won't have a lot of confidence in him because of it. We can say it's all lies and he really did win honestly but this win will still remain under cloud of suspicion.
The Davos Cartel wants President Trump removed from office because he is one of the few leaders left in the world that believes in nationalism over world government and he will not change his stance.

Like him or not, no American leader since John F Kennedy has shown the courage that this man has. Without him you'll definitely get "change" but it won't be for the benefit of you or your nation.

Take a poll and find out what percentage of the public realizes that communism is sourced in monopoly capitalism. The average person is a 'sheeple' to a great extent. The discernment is lacking for proper identification of the enemy.

I live in Colorado, a blue state w a bitch as Governor. Living in on conservative City, Colorado Springs, gives me some security, but BLM was here, too.

As the weeks progress, pragmatic means to deal with what comes our way, is useful. Regardless, if Trump remains President, we can get through it. If Biden ascends, I doubt we will.