Christmas Wishes from a Satanist 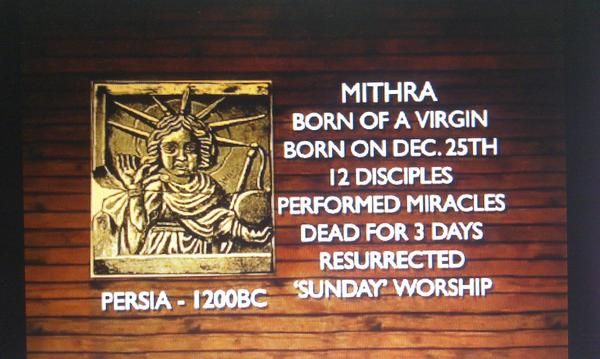 In this "Message from Father Mithra"
Australian Satanist Aloysius Fozdyke oozes contempt for the sheeple and warns that worse in still to come unless they say NO en masse.
Mithraism, also known as the Mithraic mysteries, was a Roman mystery religion centered on the Zoroastrian divinity (yazata) Mithra, whose birthday is also Dec. 25. I assume he is Baphomet.
For ten years Aloysius Fozdyke has been our resident Satanist, confirming most of what I have been saying.
"Remember the new holiday restrictions. No joy, love or connection!"
A Message from Father Mithras
by Aloysius Fozdyke
(henrymakow.com)
Enjoy the new totalitarian Yuletide, festive season, whatever.

Keep in your heart of hearts the vague hope that one day things will 'get back to normal' or at least get better. This will allow you to keep degrading yourself and others. Don't visit the elderly; they can have Xmas alone in their rooms. The majority are used to social isolation by now, so no worries.

Over the next few days, remember the new holiday restrictions. No joy, love or connection! Keep your distance by socially distancing and comply with the number of visitors with whom you may (or may not) be able to enjoy this time of year.
And stay masked! No singing, dancing or religious gatherings - because it's not safe. It's not that you can't enjoy yourselves, just that you must do so in the ways you're ordered to.
Obedience and herd compliance have brought you to where you are now, so take the opportunity to congratulate yourself for doing your part in raising the number of suicides, domestic abuse, unemployment and bankruptcies - to name just a few.
Starvation and homelessness are coming next year, so give yourself a pat on the back. Being told you can't leave home, what you can and can't do in your own home and losing forever what used to be (rather strangely) termed your 'God-given, inalienable rights' is a small price to pay.
With most local businesses exterminated; like everyone else, I bet you did your shopping on-line and helped the big companies grow.

Wishing you all an asymptomatic time, I remain

First Comment from Eric B
He is actually right, Henry, the Pope is as Christian as Allah and Muhammed were. In other words a fraud. The Pope is the follower of Mithra and the Solar cult stemming out of Babylon, which the Pope plans to have rebuilt aided by his masonic controlled middle eastern traitors such as the Sunnis.
Do not be fooled by lower down Freemasonry  because this mirrors perfectly the lower down levels of witchcraft. It is all Luciferian stemming from Satan's powers trying to move the people of Earth into a pseudo scientific dictatorship and away from God and reality. Where do you think all this power and knowledge comes from? It is taken from occultist methods of conversation and dealing with other realms of the spiritual system usually the negative side.(my mother was a medium in a Sufi temple in Katwijk, the Netherlands, EB)
The entities of these realms are known as Djinns or demons. On the surface what they give may look as technological advances but the goal is the imprisonment of man and the destruction of man's natural Self created by God. Eventually leading to man replacing itself with a new genetically modified hermaphrodite creature with trans-humanism adaption. Part of the conditioning for this is the Uranian agenda or the third sex aka homosexuality and metro-sexuality. Nothing more than ancient alchemy wishing for the perfection of man and the joining of heaven and Earth all tied in with the mindset of the Order of the Rosy Cross continuing this Luciferian agenda today(.)
Sex, gender and race will all be destroyed in an instant and this is one of the main reasons for the desire for Massive(.) population reduction by the Club of Rome veiled as saving the planet aka Agenda 21 aka sustainable development. The blood sacrificed by these occultists and their minions is offered to these false god - demons for the demons continual giving wich these pirates sell their souls for.

Parts from UHM reply to an 2012 interview, source: theunhivedmind.com