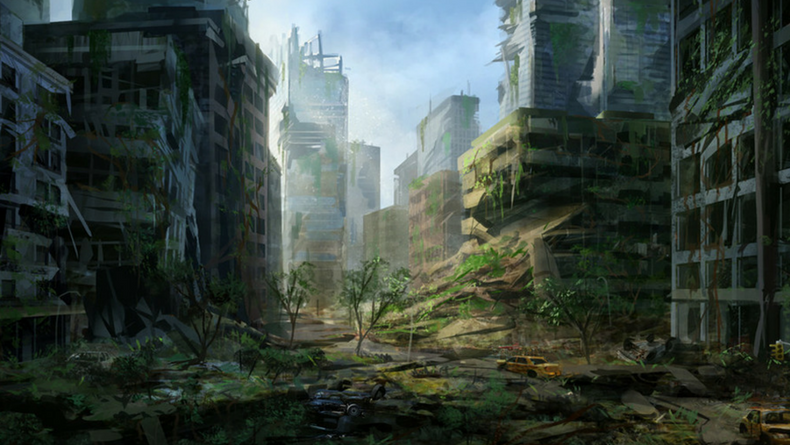 "Jewish history unfolds itself ... exclusively as a tale of destructive achievement and of Jewish vengeance, in the present time as three thousand or more years ago."
See the scamdemic in the context of an age-old Jewish dictate to destroy or enslave the goyim, which Douglas Reed (1895-1976) describes in The Destructive Mission, Chapter 17 of The Controversy of Zion (1978) extracted here.  I am an ethnic Jew and believe that most Jews would find this statement abhorrent. However, it is the agenda of the Jewish leadership who are at the forefront of Communism which is a Masonic Jewish central banker monopoly over EVERYTHING. This is behind UN AGENDA 21, the scamdemic, the election steal, destruction of family (gender dysphoria), race (migration, miscegenation) censorship and the promotion of Satanism in general. Presented as "progressive," their real purpose is destruction of Western (Christian) civilization.
Judaism's destructive mission puts all Jews in jeopardy when a fraction are involved in it. Assimilated Jews like myself must speak out or be tarred with the same brush. Most Jews, including Israelis, are suffering from this pernicious hoax and are being vaccinated like cattle (goyim.) Only, Satanists (Illuminati) are avoiding the consequences and profiting.
The agenda may be to stoke antisemitism and force American Jews to emigrate to Israel.
In any case, Jews must oppose covid communism, or take the blame. Jews are tired of being human shields and scapegoats for Illuminati (Cabalist) Jews and their demented agenda.
"IT IS INDISPENSABLE TO... UTTERLY EXHAUST HUMANITY WITH DISSENSION, HATRED, STRUGGLE, ENVY, AND EVEN  BY THE INOCULATION OF DISEASES, BY WANT, SO THAT THE "GOYIM" SEE NO OTHER ISSUE THAN  OUR COMPLETE SOVEREIGNTY IN MONEY AND IN ALL ELSE." Protocols of Zion, 10-19
by Douglas Reed
(excerpt by henrymakow.com)
The study of hundreds of volumes, during many years, gradually brought realization that the essential truth of the story of Zion is all summed-up in Mr. Maurice Samuel's twenty-one words: "We Jews, the destroyers, will remain the destroyer forever ... nothing that the Gentiles will do will meet our needs and demands."
At first hearing they sound vainglorious or neurotic, but increasing knowledge of the subject shows them to be honestly meant and carefully chosen. They mean that a man who is born and continues a Jew acquires a destructive mission which he cannot elude. If he deviates from this "Law" he is not a good Jew, in the eyes of the elders; if he wishes or is compelled to be a good Jew, he must conform to it. 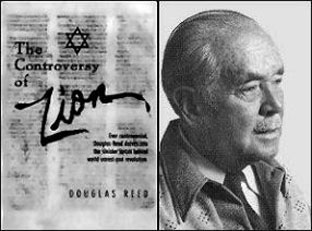 This is the reason why the part played by those who directed "the Jews" in history was bound to be a destructive one; and in our generation of the Twentieth Century the destructive mission has attained its greatest force, with results which cannot even yet be fully foreseen.
This is not an opinion of the present writer. Zionist scribes, apostate rabbis and Gentile historians agree about the destructive purpose; it is not in dispute among serious students and is probably the only point on which agreement is unanimous.
All history is presented to the Jew in these terms: that destruction is the condition of the fulfilment of the Judaic Law and of the ultimate Jewish triumph.
"All history" means different things to the Jew and the Gentile. To the Gentile it means, approximately, the annals of the Christian era and any that extend further back before they begin to fade into legend and myth.
To the Jew it means the record of events given in the Torah-Talmud and the rabbinical sermons, and this reaches back to 3760 BC., the exact date of the Creation. The Law and "history" are the same, and there is only Jewish history; this narrative unfolds itself before his eyes exclusively as a tale of destructive achievement and of Jewish vengeance, in the present time as three thousand or more years ago.
By this method of portrayal the whole picture of other nations' lives collapses into almost nothing, like the bamboo-and-paper framework of a Chinese lantern. It is salutary for the Gentile to contemplate his world, past and present, through these eyes and to find that what he always thought to be significant, worthy of pride, or shameful, does not even exist, save as a blurred background to the story of Zion. It is like looking at himself through the wrong end of a telescope with one eye and at Judah through a magnifying glass with the other.
To the literal Jew the world is still flat and Judah, its inheritant, is the centre of the universe. The ruling sect has been able, in great measure, to impose this theory of life on the great nations of the West, as it originally inflicted The Law on the Judahites themselves.
The command, "destroy," forms the very basis of the Law which the Levites made. If it be deleted, what remains is not "the Mosaic Law," or the same religion, but something different; the imperative, "destroy," is the mark of identity. It must have been deliberately chosen. Many other words could have been used; for instance, conquer, defeat, vanquish, subdue; but destroy was chosen, It was put in the mouth of God, but obviously was the choice of the scribes.
This was the kind of perversion which Jesus attacked: "teaching for doctrine the commandments of men."
It comes first at the very start of the story, being attributed directly to God in the original promise of the promised land: "I will ... destroy all the people to whom thou shalt come."
Even before that the first act of destruction has been imputed to God, in the form of the first "vengeance" on the heathen: "I will stretch out my hand and smite Egypt ... I will smite all the first born in the land of Egypt ... And Pharaoh's servants said unto him ... knowest thou not yet that Egypt is destroyed?" (Exodus) 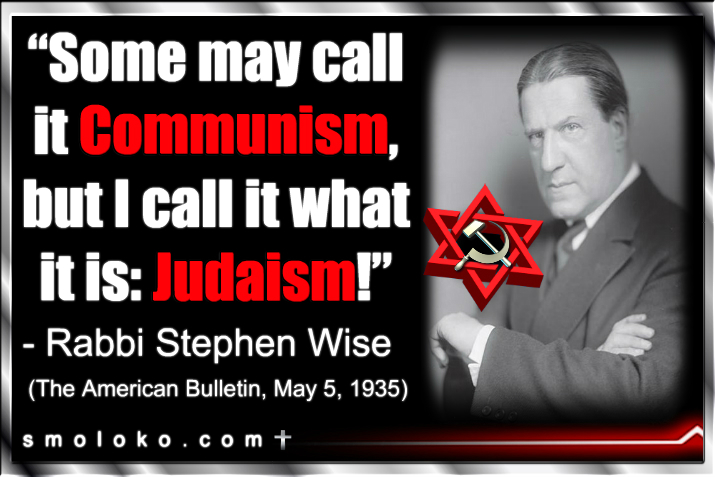 From that beginning the teaching, "destroy," runs through all The Law, first, and all the portrayal of historical events, next. The act of destruction is sometimes the subject of a bargain between God and the chosen people, on an "If" and "Then" basis; either God offers to destroy, or the chosen people ask him to destroy. In each case the act of destruction is depicted as something so meritorious that it demands a high equivalent service. Thus:
"If thou shalt indeed ... do all that I speak, then I will be an enemy unto thine enemies ... and will destroy all the people to whom thou shalt come" (Exodus). (In this case God is quoted as promising destruction in return for "observance"; chief among the "statutes and judgments" to be observed is, "Ye shall utterly destroy all the places, wherein the nations which ye shall possess served other Gods"; Deuteronomy).
Conversely: "And Israel vowed a vow unto the Lord, and said, If thou wilt indeed deliver this people into my hand, then I will utterly destroy their cities; And the Lord hearkened to the voice of Israel, and delivered up the Canaanites; and they utterly destroyed them and their cities" (Numbers).
As will be seen, the bargain about "destruction" is conditional, in both cases, on performance of a counter-service by the people or by God. 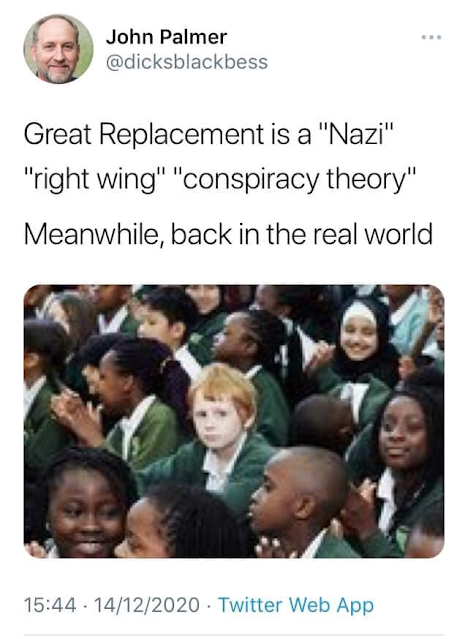 The command, "utterly destroy," being high among the tenets of the inflexible Law, any exercise of clemency, or other shortcoming in utter destruction, is a grave legal offence, not merely an error of judgment. ...
This was the basis on which all The Law, and all history of that time and later times, was built. From the moment when Israel rejected them and they were left alone with the Levites, the Judahites were ruled by a priesthood which avowed that destruction was Jehovah's chief command and that they were divinely chosen to destroy. Thus they became the only people in history specifically dedicated to destruction as such. Destruction as an attendant result of war is a familiar feature of all human history. Destruction as an avowed purpose was never before known and the only discoverable source of this unique idea is the Torah-Talmud.
The intention clearly was to organize a destructive force; therein lies the great truth of Mr. Samuel's words in our time.
As long as any large body of people, distributed among the nations, submitted to such a Law their energies, wherever they were, were bound to be directed to a destructive end. Out of the experience of 458-444 BC, when the Levites with Persian help clamped down their law on a weeping people, the nation was born which ever since has performed its catalytic function of changing surrounding societies while remaining itself unchanged....
-----
Audio version of this chapter.
Related- Occult Creative Destruction Drives Lockdown
Satanism Explained
To Understand the World, read The Protocols of Zion

A culture is a standard, thus within a specific confinement of space and time - it is either one none.

Thus "Multi-Culturalism" is a euphemism for abrogating the hitherto civilized standard.

The driving force behind "Multiculturalism", i.e. the extermination of anything civilized and/or intelligent and/or honest and/or white,
is an attempt to vassalize society, namely to dumb it down in order to corral it to slavery aka NWO commencing with the great-reset,
following the ignorant scaremongering lies named viruses (a violation of the physical energy-conservation law, infeasible),
and immunization (archive-based targeting of dynamic-targets, ludicrous).

Very dangerous article by Douglas Reed, based upon lies. Esau is not Jacob-Israel, the former sold his birthright and missed out on his fatherÂ´s blessing. Therefore the â€œredâ€ harry man still rages against his brother. But his â€œyokeâ€ will be broken, soon (Jeremiah 30.8).

A real study of the Bible will and must result in the understanding that both Israel and Judah were carried off into captivity, the latter with the help of Esau, who has replaced Judah (Book of Obadiah â€“ for example) and is counterfeiting â€œIsrael". For this, Esau will be â€œfor stubbleâ€ and burned up with the rest of the tares. (Obad. 1.18, Ezekiel 25.12, Amos 1.1)

Judah (+Benjamin) do not have the rank of Israel, though a remnant of both will be saved, not by wars or that duplicitous minion of the devil Baalfour, but rather by the Lord God Almighty Himself, according to the Scriptures. (Isaiah 11, Jeremiah 30/31, virtually all of the Psalms etc.)

A careful study of terms indicates that â€œIsraelâ€ means â€œnationsâ€ and that Israel are the â€œgoyimâ€ and of course, that all are of Hebrew and not â€œjewishâ€ (edomite) stock. The â€œgoyimâ€ are the antithesis of â€œsodomâ€ according to Genesis 14, whose â€œkingâ€ is looking to devour the souls of men (Gen 14.21*) and will manifest upon the earth shortly to accomplish just that.

This article by Reed is an inversion and perversion of the truth. For shame.

*here the word â€œpersonsâ€ in the English is translated as â€œsoulsâ€ in German. And that is the true meaning. Coming soon to the world stage.