Men Have Been Liberated by Feminism: Financially, Socially and Sexually

"Mission" a MGTOW (men going their own way) maven is correct. He is also responsible enough to see that the real victims of feminism are women, children and society in general.
Feminism literally is Communist in origin and the goal of Communism is the destruction of marriage and nuclear family. By writing off marriage and family, MGTOW is advancing the Communist agenda. Furthermore, men are very much victims too. I will expand below but first some typical male reaction to this video:
"Coming home to an empty quiet home is priceless.

Since Feminism has exposed female nature for all to see, the disgust makes it so easy for men to live happily without them.

This is the real depopulation plan. Make women unmarriageable.

"Never interrupt your enemy when he is making a mistake." - Napoleon Bonaparte

I'm one of the only mgtow monks that actually thanks feminists to their faces. It confuses them at first then pisses them off when I clarify that I don't have to get married to enjoy the best women have to offer. I don't have to pay for a woman's life. I have zero responsibility and man, does that grind their gears.

Take it from a 54 yr old forever bachelor! Make money and save money,  enjoy life and your freedom.  Women my age are all BROKE AND DEBT RIDDEN......and their numbers keep growing!!
lol my dad was sooooo COOOOOL after my mom left him. She tried to come back and he was like nahhh

Am i the only one who look at most married men and men in relationships as slaves?

I don't even make eye contact with ladies anymore it's empowering !

Here is what feminists have done for me.
I no longer buy meals or drinks for women.
If their car is broken down, I drive by guilt-free. If a ship is sinking , they can follow me. I will not hire females for my construction business. My ex once pushed me, I had her arrested.
Feminists..... I thank you.

Proverbs 21:19It's better to live alone in the desert than with a quarrelsome, complaining wife.

This is how feminism liberated me: After 17 years of marriage, my wife got tired of me treating her and her DD's like a sex object, and demanded a divorce. Three weeks after it was final, she married her bf, who she had been seeing for around a year, while married. About 5 years later, after gaining over 100 pounds, and single again, she called me, asking if I would take her back. I said, well babe, since you have been gone, I don't really date women over 35, and hell, you were never happy when we were together. She left me for a business owner, aka better man, when i was driving a truck away from home, working for our future. Feminism liberated me from that...

I live alone. In my work most of the employees are women. They gossip, fight among themselves, cause confusion, and use social life to rule everything... And everything that is said on the mgtow channels about women is true. I learned to live alone and nowadays I enjoy walking and doing practically everything on my own. It's a real liberation.Being mgtow has become a survival strategy.

My Dad gave me the best advice ever!!! He said if you even so much as try to figure out a woman, you've already lost. The objective is to NOT prioritize them. Go and be the best Man you could possibly be, putting yourself first, and you will be surprised at the number of women that will "find you" and work to get you. Always prioritize yourself first! Before, during, and after any female! This mindset is non negotiable! Shout out to all those whose Mother is a real Queen who provided you with a Father that taught you how to be a Man."

MY TAKE ON MGTOW 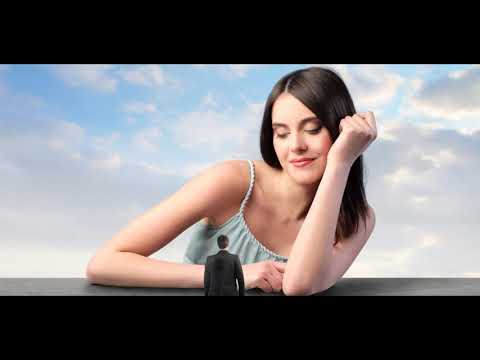 1. Women are hypergamous by nature. They need their husband's leadership. Heterosexuality is based on the exchange of female worldly power for male power expressed as love. Communists who control Western media have empowered women and emasculated men in order to neuter both sexes and undermine heterosexual marriage. MGTOW's are unable to project dominance in this environment.
2. The essence of male-female relationship is the male's ability to convince a woman that his path is in both their best interests. Men need to seek submissive (i.e feminine) women. A good place to look is in Latin America.
3.  Men need women like a fish needs a bicycle? Not true. For many men, masculine fulfillment entails marriage and family. Men are designed to look after women and children. Children are our natural growth. We are a link in a chain. They are the next link. The Communists have arrested male development so they are unprepared to be husbands and fathers.
Families are the red blood cell of a healthy society.
4. Sex is a fundamental human need for both men and women. Marriage is the most practical  way of satisfying this need. Sex should be an expression of love, not a way to relieve oneself.  No matter what they say, most women want the lifelong love and loyalty of a husband. They do not stay with men who won't commit. We all seek intimacy (love) and you cannot find intimacy without commitment and exclusivity.
5. A woman's capital is her sex appeal which is a function of her fertility. This fades fast after 35. Like bees to blossoms, men must be under this spell to undertake a lifelong commitment.
Women have been taught to squander these years by seeking power instead of love, career over family. The scamdemic is leaving many isolated, and without family support.
I recommend MGTOW's the movie "The Bostonians" based on a Henry James' novel. It shows how a patient and loving man can deprogram a feminist. The bottom line is that men and women love each other. The Creator intended that they marry and have families. No one should face the challenges of life, or grow old, alone

This is what scripture (the Bible) says that younger men should be. Titus 2 Younger men should be self-controlled. Show themselves in all respect a model of good works, and in their teaching show integrity, gravity, and sound speech that cannot be censured. (I think that young man would be wise to aspire to this vs what he is doing. Sad that older men are not teaching younger men how to act anymore.)

Al is right, I think your happiest and most long lived marriages are with people who marry their childhood sweethearts. Your young and adolescent years usually are a telling of how your adult years with the opposite sex will go. It reminds me of that song 'When I Was Young' by Eric Burden and the Animals.

Back in the day when the majority of Americans observed their Christian faith marriage was defined as holy matrimony between man and woman who God joined together. Yes, many people were God loving and God fearing back then. Without the fear and love for God in one's life he remains lost and unhappy throughout his days.

It wont be long before the wrath of God is poured out on every evil and demonic doctrine and those who practice it. Repent while you still have time because you most certainly do not want to die in your sins. No one is perfect and we all fall short of the mark but the sins of the flesh disappoint God much.

My buddy used to think like this; until he hit 55; he's now 70. He looks much younger. He used to pick up random women and have fun; until he became the creepy, old guy in the club. Now he spends his holidays alone. Unless you are a millionaire or have some extreme asset; men hit a certain point as well, when the party is over. I think of him every holiday. I'm finding the right woman while I still look young.

Men musn't forget that for decades, women have been trained to be ridiculous.

But seriously: Can you imagine living with a leading female character from a Hollywood film?

They are all personality disordered.

Women are easily led, corruptible, and make awful leaders, and we know it.

I'm so glad to be middle-aged and dull. It is such a release.

They can start their families earlier in life and avoid all of the other crap that can get in the way of living a happy life. My best years were raising my children; my worst was getting a divorce after 32 years. I can see that having an earlier start in having a family would have been a benefit. Young men should be learning how to make a living and be able to support a family between the ages of around 16-18.

Fornication destroys both men and women. Sex before marriage does the same thing and it should be avoided. Just because a man is free to â€œpump and dumpâ€ at will doesnâ€™t mean that heâ€™s free. He is still a slave to the fornication.

The idea of marriage is a part of the natural law as society must depend on strong families to have successful societies. Children should have the benefit of their natural mothers and fathers and not â€œblendedâ€™ families.

MGTOW as presented by the various people is co-operating with the communist agenda because it is helping to feed the problem and not solve it. Feminism is a Satanic type program just like communism itself is Satanic.
https://verydumbgovernment.blogspot.com/2012/05/fornication-is-destruction-of-soul.html