Is This all Trump Has? 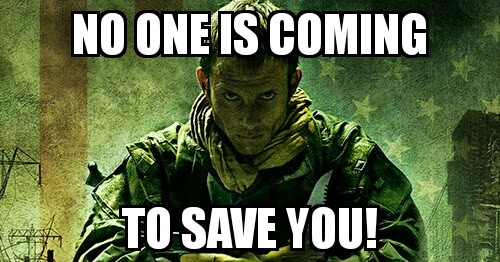 Is this it? Is this all President Trump has?
Saying be there and be WILD, isn't going to stop TPTB from reading the Electoral College Ballots and anointing Joe Biden the Presidency.
Is this all Trump has?
So far it looks as if he has no intention of executing his executive order or invoking the insurrection act.
I grow more and more disappointed with each passing day. It should be obvious by now that this will not and cannot be won in the courts. They won't even hear the cases. It is also very depressing to keep hearing from people, "What can we do?"

I think it's time that people start facing reality. As of right now it appears that President Donald Trump isn't going to do anything to save our Republic from this fraud of an election and the theft of our country. 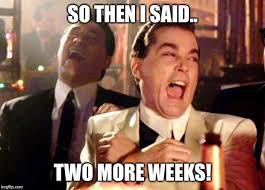 And don't tell me just give it two more weeks! Anyone else tired of hearing that? We've heard it all year!

There is no one coming to save us. It is going to be up to us, the dregs of society, the deplorables, and whatever other names these communist like to refer to us as.

I'm sorry to be writing such a depressing article. Things are getting dark and there isn't much joy for this Holiday season. We have petty little tyrants everywhere across our land trying their best to restrict everything we do in our lives, and people for the most part are complying. That deeply saddens me. It's hard to stand up, but just try it!

People keep saying that you are not alone. I understand that, but our numbers seem small.
Unless we rise together en masse, they will take us down one by one! The sad thing is, is that someone, somewhere, has to be first. No one wants to be a martyr, but if we do nothing, then nothing happens and our country is lost. 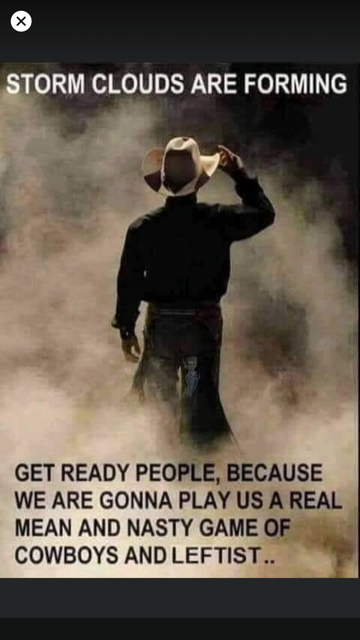 I have no idea how this goes and I'm terrible at predictions and scenarios. But I've heard the analogy of it being like popcorn. Something happens here, something happens there, then there, then here, and eventually it all pops off.
Seems plausible. But that first kernel has to pop.

I will never accept this fraud of an election. And swearing in Joe Biden will be an Act of War!
After January 6th we are going to know which way the wind blows. It will be time for our cold anger to turn hot! It will be time to stand and I don't mean hold rallies and protest, for those actions mean absolutely nothing to the other side.
This evil throughout our country must be eliminated, right down to the very smallest of local levels. It's not going to be pretty.
Millions of gallons of blood must run the streets.
As the saying goes, the Tree of Liberty is looking mighty thirsty. Once this starts, it is going to be messy like nothing you've never seen. Best harden your hearts and get your mind wrapped around that. Do not even think of shedding a tear for these domestic enemies. They are enemies of our Republic and they hate everything that we cherish and stand for. We tried doing things the right way. We have exhausted all our options. The cartridge box is all that we have left now.

I'm not even sure why I write anymore. I feel as though I have said all that needs to be said. But I keep coming back to let you know that you are not alone. There are other people who have the same thoughts you are having.
I'll keep fighting and the fighting is about to get ugly. I've made my decision long ago. Some of you need to make the decision now. We are going to be fighting in our own backyard. I will never submit to communism and evil.

Our Founders were willing to die for the rights espoused in the Declaration they crafted and signed at their own peril. Now it's our time. Our time to pledge our lives, fortunes, and sacred honor.

May God have mercy on us all.
---
Related - Pence Refuses to Block the Steal
------------Biden-"Our Darkest Days are Ahead"
----------- Fight or Flee?
Makow:
----------- Communist Coup is Recipe for Civil War
------------------  Donald Trump--Abe Lincoln or Benedict Arnold?
First Comment by Rudy
It is important for Christians to understand that it has been about 1990 years since Christ was buried and resurrected, and for the first 1850 years there was a common theme as to the message of the Bible. For about the last 170 years the dispensationalist system of interpretation has grown to its current dominant viewpoint. When compared to the historical view that can also be called covenant theology, dispensationalism implodes on itself because of all the incorrect doctrines like pretribulation rapture, literal interpretation of scripture, and it's idolatry of Israel and the Jewish people.

This country would not be in the current mess if we had people in the churches today that had a full dose of the Holy Spirit. Instead we have a dead church that offers no resistance to the rotting of our culture. I believe that the collapse of the Christian church is by design with these false doctrines. That is not to say that individuals are not saved. Voiceofelija.org , the narrow path.com , truthaccordingtoscripture.com, are some resources. Ask yourself... Why would the spirit of God in dwell a person who is willing to believe lies about what is in the gospel?

Comments for "Is This all Trump Has?"

As Benjamin said, "we either hang together or hang separately". The American public has chose to hang separately. Sorry, but there are no group of crazy hillbillies or organized crimes families left to keep our new political stooges for the "global powers that be" today that have taken over our halls of Congress and State Governments in line for us anymore.

It's going to be up to the American public to take back their country this time. This can only be done with personal sacrifice and solidarity just like founders of our once great nation did.

Nothing is being ventured now and therefore nothing will be gained.

What do you mean, "Nobody's coming to save us"? What about Superman, or Batman, or Spiderman? Surely Mel, Bruce, Arnold and Tom are just waiting to spring into action.

Hollywood has been infantilizing the population politically for decades, instilling the notion that last-minute rescue by a hero is our protection, not our continuous insistence on accountability on the part of office-holders. Trump-worship appears to be just the latest version of this puerile glorification of "the Hero". How many times have you heard (as formerly was said of Ron Paul), "He's our last hope"? If politics was functioning properly, such an issue would never arise.

Here is a note to the fellow named Rudy. the pre-tribulation rapture is not false it is fact. God will remove his true followers before the real bad things begin. that is the rapture. read the revelation again ,Rudy, & also titus 2;13. read some more; there are many clues you have over-looked. God's saints return with him at the second coming of Jesus for the final chapter of the world.

Rudy's comment gives the reason for today's catastrophe as well as the solution. But it seems too late for the needed mass return to God that is necessary. We have been warned countless times but mostly failed to heed His words. We must come to Him; He has been long patient with us, awaiting our obedience. There is no time left for hesitation.

It appears we will not even have to go to hell, it seems to be coming to us, at our foolish invitation. Still, our lives are not over until they are over. (This is where the "fanatic" encourages us to do penance and change our lives.)