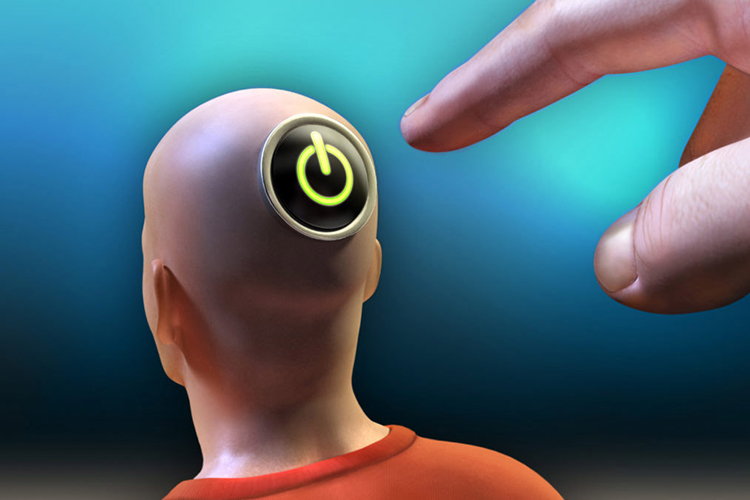 Vaccine Turns Us Into Mind Controlled Slaves
All of the necessary elements of a functioning mind-control device using vaccines are present, and they're openly described in publicly-available scientific papers. We will be herded into "smart cities" where our brains will be controlled by 5G.
"It wouldn't be anything precise or subtle like implanting false memories or getting you to forget certain things, at least not at first. It would be general things, like Pavlovian conditioning through direct control of human emotions. The controllers could make someone hate anyone they liked, love anyone they liked, and so on and so forth. Democracy would be rendered utterly pointless."
This appeared on Reddit Conspiracy yesterday. The unabridged version contains more scientific references.
The Vaccine is a Trojan Horse for Something Extremely Nefarious
(Abridged by herymakow.com)
I cannot even begin to tell you the danger we are all in, right now.
SARS-CoV-2 Spike proteins can compromise the blood-brain barrier, allowing foreign objects from your bloodstream, through your endothelium, and into your brain. The mRNA vaccine makes your cells manufacture SARS-CoV-2 Spike proteins, which WILL compromise your blood-brain barrier if you take the vaccine.
Then, follow-up shots will administer silicon nanowires that will pass through your blood-brain barrier, into your neurons, and be taken up by your cells as though they were an extra organelle. Fifth-generation cell network technology will power and control the nanowires in people's brains through RF induction and beam forming technology, guiding beams of RF very precisely into their heads.
Huawei is behind the push for this stuff (with tech they bribed Charles Lieber into giving them).
The Rothschilds want everyone on the grid, because they're very angry and afraid that they're about to be outed for their global human trafficking networks. This is the real reason for the Great Reset. Klaus Schwab is a transhumanist and he has openly talked about blending human biology with machinery in his books.
There are a number of very suspicious things that occurred this year. Charles Lieber and a few Chinese nationals were arrested due to fraud and scientific espionage. China maintains a program called the "Thousand Talents Plan", which is designed to recruit foreign scientists with bribery and convince them to divulge proprietary information to the Chinese, giving them a strategic technological advantage. 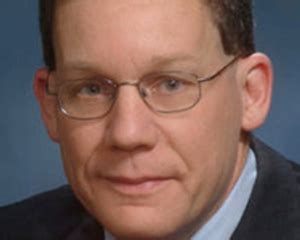 Charles Lieber, left, has been working at Harvard on silicon nanowire tech for the past 22 years, and with nanotech and nanoscale structures in general for even longer than that. He was arrested All of his publications are readily available here. ...
Once inside, silicon nanowire field effect transistors, or SiNW-FETs, capable of reading signals from (and modulating the activity of) individual neurons. How does one power them if they're inside cells and have no batteries, capacitors, or other power source? Simple. RF induction.
https://arxiv.org/pdf/1007.3951.pdf
https://www.nanowerk.com/nanotechnology-news2/newsid=53658.php
What device is capable of directing RF of the required frequency directly into someone's head? A phased-array beam forming antenna, capable of steering beams of RF towards anything with high precision. What uses phased-array beam forming antennas? Fifth-generation wireless cell networks do.
https://www.youtube.com/watch?v=eIcLvF2C8eM
https://www.rcrwireless.com/20180912/5g/5g-nr-massive-mimo-and-beamforming-what-does-it-mean-and-how-can-i-measure-it-in-the-field
They even have a 600 MHz band in their band plan that can penetrate tissue very deeply (millimeter-wave frequencies only penetrate the skin to a depth measured in millimeters).
https://www.theverge.com/2019/12/2/20991566/tmobile-nationwide-5g-600mhz-launch-samsung-oneplus
Just one little problem left. How to get the nanowires into the brain, past the blood-brain barrier. Normally, the BBB keeps foreign objects out of your brain tissue. There is one thing, however, that compromises the BBB very handily. SARS-CoV-2 Spike proteins.
You see, COVID-19 is a vascular endotheliitis. This virus attacks the lining of people's blood vessels. That's why it causes blood clots, heart attacks, pulmonary edema, and all these other weird symptoms that one would never expect from a pneumonia. Its manifestations are protean because blood vessels are everywhere in the body. This is why it seems like an "everything-virus" that can impact every organ; it can cause viremia and inflammation in many different vital organs, as well as aggressive coagulopathy and neutrophilia.
https://academic.oup.com/eurheartj/article/41/32/3038/5901158...
Now, what do you suppose would happen if someone with a compromised blood-brain barrier happened to have a bunch of silicon nanowires injected into their bloodstream?
Klaus Schwab openly professes transhumanist leanings in his books, even describing the use of mind-reading to determine people's level of security threat:
https://www.algora.com/Algora_blog/2020/11/17/klaus-schwab-great-reset-will-lead-to-fusion-of-our-physical-digital-biological-identity
CANADA A TEST CASE
Canada's "global reset plan" involved confiscating property and shoving people into cities.
https://freenorth.news/2020/10/14/canadas-global-reset-plan-leaked/
This is how it works: the federal government will offer to eliminate all personal debts (mortgages, loans, credit cards, etc) which all funding will be provided to Canada by the IMF under what will become known as the World Debt Reset program. In exchange for acceptance of this total debt forgiveness the individual would forfeit ownership of any and all property and assets forever.
All of this "Great Reset" nonsense seems rather nonsensical, until you realize that the goal is to force people to move from rural areas into denser, more populated areas, which would make them easier to influence with a Smart Grid (putting the necessary infrastructure in rural areas is too expensive).
On 4chan, someone claiming to be part of one of the wealthy families outright stated that smart-grid mind control involving 5G was on the way, and people needed to be forced into the cities for that very reason (though they were reticent to explain exactly how the technology would work):
https://archive.4plebs.org/pol/thread/260330585/#q260340330
Bonus mind control craziness this year linked to Betsy DeVos (the sister of Erik Prince, of Blackwater/Academi fame), Neurocore, Blackrock, and the use of old-school Utah Arrays:
https://www.reddit.com/r/conspiracy/comments/gvpzls/aftermath_of_a_police_shooting_in_moody_alabama/
"COVED 19 PROVIDES THE PERFECT EXCUSE"
It creates an international emergency justifying the use of emergency powers. It creates a pretence for people to be injected with unknown substances without their knowledge or consent, believing that they have been vaccinated. It demonstrates quite aptly why there has been so much well-poisoning about 5G and anti-vaxxers; though 5G technology on its own is not particularly harmful, and though vaccines are a proven technology that do confer immunity to viruses, this particular application of 5G and vaccines may have nefarious intent behind it. 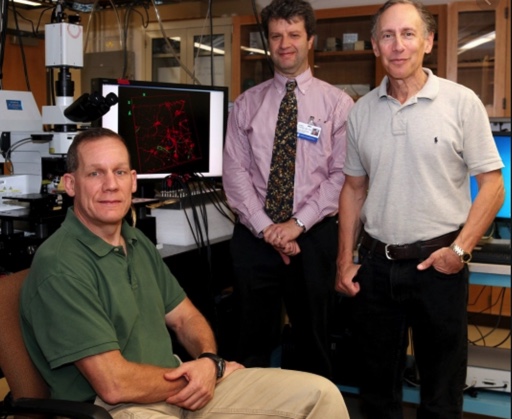 That's Charles Lieber on the left. On the right is Robert Langer, of Moderna, a.k.a. ModeRNA. All of this has been worked on for decades by Charles Lieber with DARPA money, as well as funding from the PLA. The entire virus scare, the Great Reset, everything is a pretext for complete mind control.
Namely, acting as a trojan horse for nanotechnological mind control. Silicon nanowires degrade over time, so naturally, SARS-CoV-2 immunity cannot be long-lasting; there must be an excuse for continuous, yearly "vaccinations", which will contain both the actual mRNA vaccine protecting against the virus, but also, silicon nanowires. The Spike proteins will compromise the blood-brain barrier every single time, allowing the nanowires through into the brain tissue.
Then, the 5G towers energize and control the nanowires by RF induction. All of the necessary elements of a functioning mind-control device are present, and they're openly described in publicly-available scientific papers.
https://www.frontiersin.org/articles/10.3389/fncir.2013.00038/full
The Internet comprises a decentralized global system that serves humanity's collective effort to generate, process, and store data, most of which is handled by the rapidly expanding cloud. A stable, secure, real-time system may allow for interfacing the cloud with the human brain. One promising strategy for enabling such a system, denoted here as a "human brain/cloud interface" ("B/CI"), would be based on technologies referred to here as "neuralnanorobotics." Future neuralnanorobotics technologies are anticipated to facilitate accurate diagnoses and eventual cures for the âˆ¼400 conditions that affect the human brain....
Julian Assange tried warning us:
https://www.youtube.com/watch?v=j_Twkg7ZltM
IOT and Smart Dust sound like innocuous buzzwords until you realize that they want this stuff INSIDE people.
https://www.ncbi.nlm.nih.gov/pmc/articles/PMC7014290/
Harvesting the energy to run these things from GSM networks is already something that they've proposed in these papers.
We're in some real trouble, here. We need to raise awareness on this unspeakably evil shit as much as possible.

Comments for "Vaccine Turns Us Into Mind Controlled Slaves "

his is "gut check" time for the American public and the nations of the Free World, plain and simple!

There's one thing they haven't given you and that is the courage to say no to these never ending infringements on your God given liberties and now your God given body. Going along to get along will eventually be your undoing if you don't put a stop to this game of control.

Watch this old video of an islamic exorcism on a demon who confesses that vaccines are part of a plan to mind control the masses for the arrival of the Dajjal aka Antichrist. Sorry about the poor subtitles,,,
https://youtu.be/40vmj7_g9WY
Vaccine contain black magic concocted by 124 magicians of African and Israeli nationalities. The Vaccines for children is meant to make them rebellious against parents. According to the demon, there will be 10 demons assigned to each child. The details he provides is questionable but the general idea seems entirely reasonable