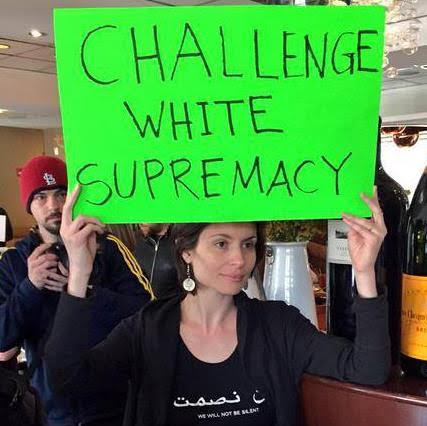 Beware Jewish Voice for Peace (JVP), as well as Mondoweiss. Tribal protectors!
Jewish Supremacists attack White Conservatives whom they are displacing.
"The vast Jewish-only "peace" groups wish to hold hands with Palestinians, wear keffiyehs to show "solidarity" when they should be addressing Jewish racism within their own Jewish communities."
from Michael Hoffman 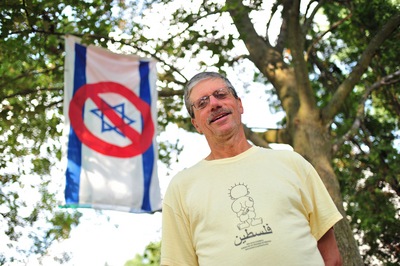 By way of introduction:  For over a decade the relentless Henry Herskovitz and a handful of stalwart associates have picketed a synagogue in Michigan on a weekly basis. Mr. Herskovitz is also a campaigner for justice for the US sailors intentionally killed and injured by Israeli bombs and machine gun fire aboard the USS Liberty in 1967.
by Henry Herkovitz
(henrymakow.com)
At the core of the racism that drives Israel is the racism that exists within the Jewish community.
Malcolm X refused membership in his Organization of Afro-American Unity to whites, claiming that that anti-Black racism exists solely in the white community, and that's where sincere white activists need to do their organizing, not holding hand with blacks and singing kum-bay-ah.
Similarly, the vast Jewish-only "peace" groups wish to hold hands with Palestinians, wear keffiyehs to show "solidarity" when they should be addressing Jewish racism within their own Jewish communities.
We wrote about Malcolm and the role of Jews in the Palestinian Solidarity (it used to be the Liberation) movement a few years ago:
https://www.counterpunch.org/2011/04/26/the-role-of-jews-in-the-palestinian-solidarity-movement/
We hold protests at a Zionist synagogue, because that's the source of Jewish racism - supremacism - that drives the Jewish state.
But we are denounced by Jewish activists, because they and their groups exist to protect Jews from being blamed for the harm the Jewish state inflicts on Palestinians.
Gilad Atzmon (The Wandering Who) sees through these fifth columnists and rightly (in my opinion), defines Zionism as a Jewish tribal preservation project.
Mondoweiss (Phil Weiss) has thrice refused to even report on our weekly synagogue protests.
And JVP blames the vague "Occupation" as the root of the conflict. It is not. It is Jewish supremacism, although you won't find that term on JVP's website. See:
https://www.dailykos.com/stories/2014/7/12/1313593/-Obscuring-the-Roots-of-Conflict-in-Palestine-Israel
Additionally, Jews in these groups attack "White Supremacy", yet avoid their responsibility to repudiate Jewish Supremacy.
What started me on this path were the words of good friend (and recently converted Catholic) Paul Eisen:
"The crime against the Palestinian people is being committed by a Jewish state with Jewish soldiers using weapons displaying Jewish religious symbols, and with the full support and complicity of the overwhelming mass of organized Jews worldwide. But to name Jews as responsible for this crime seems impossible to do."
--
Related - Jewish author demands Christian renounce white supremacy while supporting racist Israel