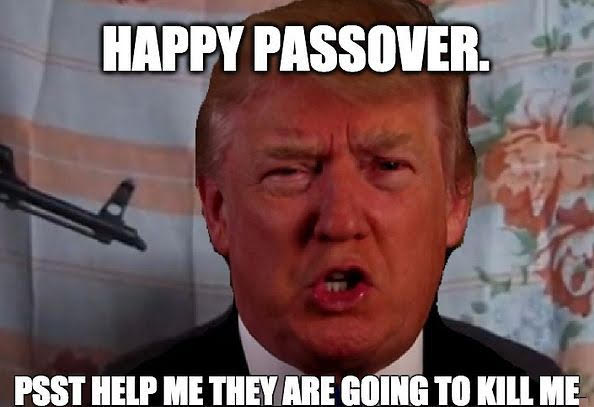 I believe Trump was false opposition all along, and betrayed his duty according to Illuminati discipline.
Brabantian has a more sympathetic view, that Trump was sincere but sabotaged and possibly drugged.
by Brabantian
(henrymakow.com)
In the final hours of the Donald Trump presidency, amidst disappointment and sadness -
Let me suggest an alternative to anger and hurt.
Trump himself may be the most tragic of victims, first savagely blackmailed after his surprise victory in 2016 ... and then, evidence points to Trump being drugged and poisoned during his time at the White House, Trump's judgement gone, his mind semi-controlled via suggestions by handlers.
The Trump who was elected in 2016, is no longer there ... and we have every right to always remember, and honour, the brave man that he was. Yes, Trump had come from the swamp - just like JFK did - but Trump rose above it as did JFK. And Trump as well did some historic great things, before the swamp took its revenge and destroyed him as well.
POST-ELECTION PERFORMANCE
Trump being drugged, is the best explanation for the bizarre course of events in the final 11 weeks since the brazen Nov. 2020 US election, where an ultra-narrow margin of 1 out of 7000 votes nationally, magically appeared in key states to deny Trump a win.
Yet despite massive election fraud red flags, Trump made utterly foolish decisions, acting like a drugged-up weakling, whilst his lawyers conducted a feckless campaign that sabotaged his chances and credibility. This is standard USA; European business people tell how their own lawyers they paid had sold them out. Consider:
- Millions of dollars to 'Stop the Steal', but no professional, media-friendly website marshalling evidence.
- Never taking the key decision in early November, to fire Attorney General Bill Barr who was helping Biden; Barr's DOJ refusing to even interview vote fraud witnesses. Trump needed to fire everyone down the line until he had an acting AG to issue indictments. Giuliani knew this, and a fighting, mentally alert Trump would have known this ... but a mentally-undermined Trump did not.
- The entire 'Stop the Steal' campaign ran like amateur hour, its shoddy court filings and presentations, pairing with 'QAnon' to create a demoralization campaign against Trump, his supporters, and anti-globalists everywhere, Trump being led like a child to think Mike Pence would save America on 6 Jan. 2021.
DRUGGED? 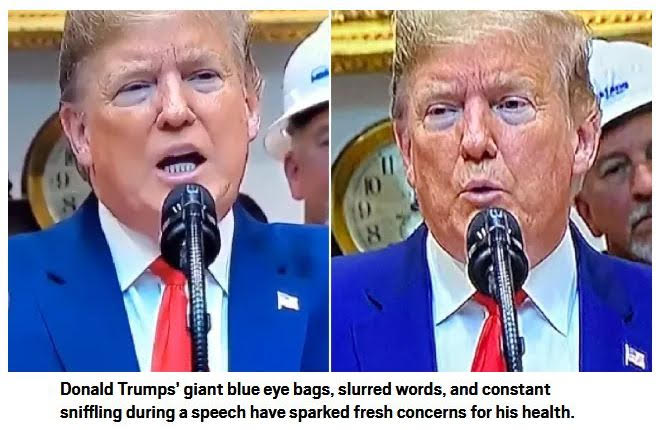 Look at Trump as he appeared already a year ago.
Trump's face, those blue bags under his eyes, show a sick man. Milder forms of eye bags are common, relating to aging, nutrition etc ... but Trump's face hints of drug-induced dehydration, anemia, liver disease, or hepatitis. And Trump's speech was slurred, his mind fading just like Joe Biden's.
Poisoning / drugging US Presidents seems common. FDR's death in 1945 is widely thought a poisoning. Keeper of dark secrets Lyndon Johnson was told in 1968 he would be dead within 4 years, and he died Jan. 1973. Ronald Reagan was hit with Alzheimer's soon after leaving office, and did not remember he was US President. 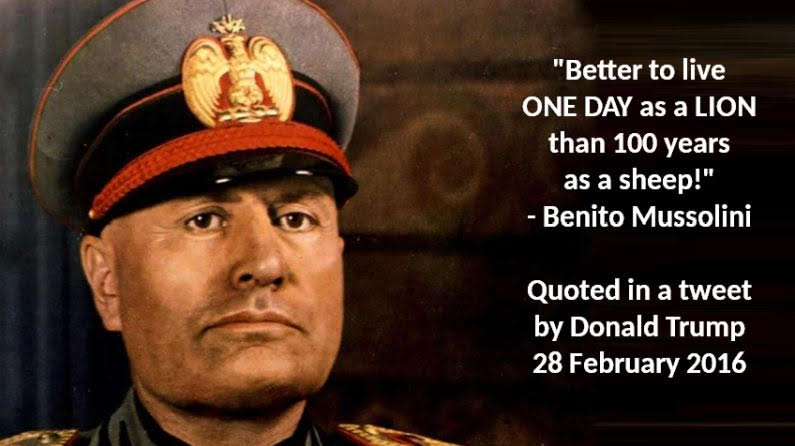 Trump himself feared drugging / poisoning, and often preferred quick take-outs of fast food as 'safer'. The Trump who ran in 2016 knew the history, had hinted the truth of 9-11, and knew he risked death ... he promised to 'ride or die', and re-tweeted the famous 1922  Mussolini quote.
After Trump surprised even himself by winning in 2016, the cabal read him the riot act, and Trump went along with the swamp. Trump's still-sound judgement was that, tho he had to play along, he could still do some good things along the way, trying to survive as JFK didn't.
To his great credit, Trump remains the first USA President since Jimmy Carter (1977-81) who did not start a new war. But Trump felt forced to continue old wars, and was dragooned into conducting a Syria strike on 7 April 2017, 3 days before Passover ... leading to this meme here at the time, fully capturing the situation. Everyone knew Trump's heart wasn't in it.
And so Trump continued, signalling to his people through the term that his heart was really in the right place, even if he had to do horrifically ugly things to stay alive.
Trump's core achievements are quite historic, inspiring much of the world ... and we can always remember these achievements and smile:
- Trump legitimised the idea that major media news is fake
- Trump legitimised that it is ok to fight the globalists
- Trump legitimised that it is ok to defend your own culture, even if you are white
For all that, for giving power to such ideas, the cabal never stopped hounding him. And increasingly, the old Trump seemed to not be there, as drugs and poisons likely took hold of his mind. 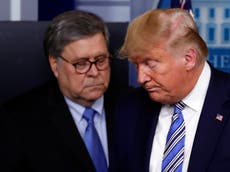 Trump was not 'there' during the whole election fraud fight. The Trump of 2016 would have fired Bill Barr and found the guy to issue indictments. The Trump of 2016 would have gone full Executive Order and used every legal power he had to save the Republic. The Capitol would indeed have become the 'people's house' once again.
Trump's career has been amidst the mafia swamp cabal from the beginning, that is clear. But that was true of JFK too, before the cabal found it necessary to murder him in 1963. People have the spark of the divine in them, and sometimes people near to levers of power, get inspired to do good. Trump was one of those people.
As Andrew Anglin put it, 'We need to remember the good things. Remember the LEGEND. Trump is a symbol, he was always a symbol ... Trump is a tragic figure. He did his best."
----
Related  - Trump Leaves Office with 51% Approval Rating    which shows how desperate and deceived the US public is.

Comments for "Brabantian- Was Trump Drugged?"

When was it ever the peoples house, From the inception in 1776 it was always an illusion that it was the peoples house. The US was just a reverse babel: many nations under one tongue, a masonic creation in further rebellion against God. But the good thing is that it has been revealed, the externalization of the hierarchy. If it has been revealed it is Godâ€™s doing and now maybe it is Godâ€™s turn. All the â€œfreedomsâ€ we thought we had were just an illusion anyways, such as private property, voting ect. Trump was a kabbalist through and through, a liar and a fraud.

Modern Day Andrew Jackson. Not a saint, but inspired to fight and expose, the real enemy within. Now Martyred like all Heroes.

This is one of the saddest days in American History. The Inauguration Ceremonies were more like a funeral rather than a day for a new beginning. Yes, it was a funeral for Constitutional America and all who supported it and tried to keep it.

The death of the American Re public started last March with all the illegal Covid Orders that were allowed to suppress our Constitutional guaranteed liberties. Our cities were then under seige by the Antifa Rioters, Arsonists, Murderers, and their fellow domestic terrorists last summer.

The MSM refused to condemn these domestic terrorists once they found out who was financing them. Antifa's game plan was to disrupt the progress President Trump had made along with the message that if President Trump were re-elected the American people would have to expect more of this sedition. They took siege of cities like Seattle and Minneapolis and were allowed weapons along with being rewarded with an autonomous zones. Many innocent people were killed and injured as the MSM in their sad attempt for damage control labelled them as " mostly peaceful protestors'.
It didn't work as the largest Republican voter turnout in history went to the polls and voted for President Trump. His opposition was both stunned and furious. They wanted him out and they did what they felt they had to do to succeed in doing so with the cooperation of the courts and the MSM. Free elections in America were now under suspicion and the public knew it and made their voices heard about it.

America was one of the strongest nation states left in the world and the Globalist agenda is to abolish that status. The backbone of any nation state is their patriots.

The patriots in America have now been labelled as a domestic threat by the MSM and you can expect to hear this theme propagated for a long time to come. If Patrick Henry, Ben Franklin, and George Washington were alive today they would be hunted down and labelled as terrorists.

It's as if the old British Empire Globalists wants their colonies back. And now, the War of 1812 was won really won by the bad guys.

I don't buy this for one second, Henry, the bastard was/is DRUGGED, when he raped those young kids with Epstein???

And all the shit & crap they brought up from day one: from the PUSSY HATS marches, to Russian Collusion, to the Ukrainian Jew listening to his phone calls, on Biden doing Real Criminal Activity there, in the Ukraine.

All it would of took is one MSM interview with Katey before the election or even later.

BUT THEY COULDN'T cuz he was caught in Mossad honey trap by Epstein, he's compromised NOT DRUGGED, and he'll do anything to save his hide like the rest of these psychopaths! MSM is ZOG controlled.

Katey's recorded rape is their " LARRY SINCLAIR" over Trump's head, not a damn drug, the guy doesn't even drink.

This is just more HOPIUM: they are trying to pass for sick & vile degenerate who's comprised just like Beijing Joe!

Throw the " HOPIUM PIPE" out!

I was never fooled. He was the Judas goat leading sheep to slaughter. Job well done. I sure as hell ain't making excuses for him.

Remember when he showed up in the Las Vegas hospital to photo-op with a "survivor" crisis actor. Never asked an inquisitive question.

Borrowing money is not leadership. Opening the Treasury doors for all the greedy hands of fellow billionaires IS deplorable.

His long friendship with Jeffrey Epstein. Need I say more?

Never stopped the ScamPlanned-demic. He destroyed the middle class like a good Commie globalist would do. Handed the ball off to finish the job.

His appeal was he was entertaining. And that is what soulless, brain dead Americans love the most, to sit on their couch and be entertained.

have wondered if evil and sickness are the same thing. My research and reading into politics and law has gradually morphed into a study of mental illnesses such as narcissism, etc. I mostly do this research by listening to youtube videos, particularly Sam Vaknin, rather than reading. My favorite contemporary book is Martha Stout's "The Sociopath Next Door". I have come to believe that evil and sickness are the same thing, that there really isn't spiritual evil, only empirical. This is inline with Christianity which states that evil is of this world. Christianity is my guide.

I have arrived at the position where I now believe all of these people in power are mentally ill and they seek power as protection, that is you cannot persecute powerful people as easily as ordinary ones. Narcissism is a protection mechanism. Power is a wall that protects them from being persecuted for their mental illness. People who seek power have always seemed "off" to me and not quite right in their judgements.

So whether or not he was drugged is not relevant. He wouldn't get elected if he wasn't crazy because crazies need to be surrounded by other crazies.