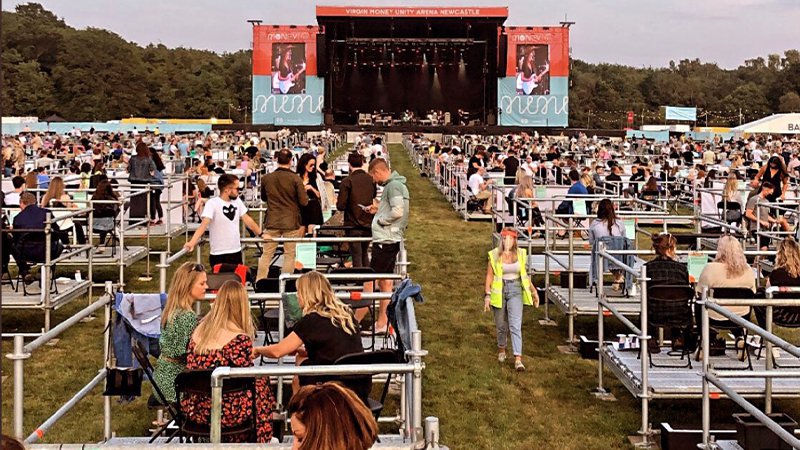 First the sheep
are put in pens.
Then...
We're in denial. This nightmare can't be happening, we think. But it is. Covid is not going to end because it is a pretext to establish a police state. We're mice in a laboratory run by psychopaths.
slightly updated from Jan. 20
By Henry Makow PhD
A Twitter poll of readers shows that almost 45% still think Donald Trump will stop the steal.
I am almost certain he will not because he is part of the Illuminati, the satanic cult that controls the world. (I'd love to be wrong.) 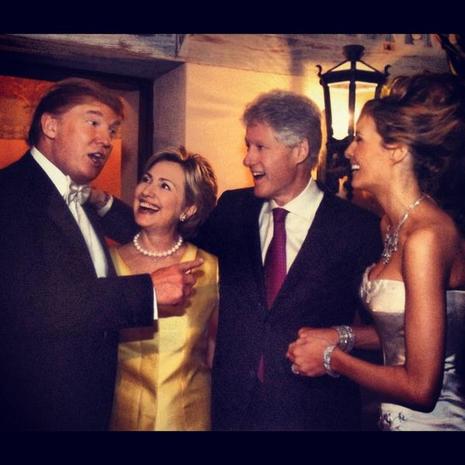 We don't realize how dire our situation is. Trump invoking the Insurrection Act is a comforting fantasy.  Won't happen. Already conceded.
Humanity has given the keys to the store to its worst enemy, the Satanist central banking cartel. The "keys" refer to the power to create the medium of exchange, (money or credit) out of thin air, with interest, as a debt to themselves.
Money is Control.
Our feckless ancestors gave away the farm and as a consequence mankind is doomed.
The way media, politicians, the Supreme Court, the military, big tech and corporations have all rubber-stamped a brazen Commie coup, and spun the Capitol protest (and not the election theft) as "sedition" shows that the US has been totally subverted by the Illuminati cult. A large segment has gone over to the Dark Side.
Blood doesn't flow through their veins. Money does. Money bought the election and money bought the COVID hoax. The Illuminati bankers have an unlimited supply of it. They just sprinkle this fairy dust 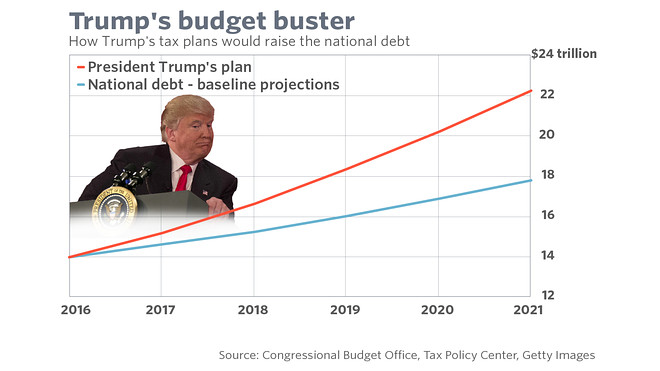 on a problem and it goes away. A phoney epidemic has crippled the economy? The stock market is at an all-time high, thanks to "stimulus."
Money is the blood of the social organism. Unfortunately our craven ancestors allowed Satanists to usurp this power.

THE BITTER TRUTH
The Illuminati bankers are Satanists. They are EVIL.
We want to like rich and powerful people. But they're not likeable. They are Pure Evil. And they hate us.
Naturally they would say good and evil are subjective.
They are not. Good is an absolute, and evil is its opposite. Good is Life. Evil is Death.
Satanism is the religion of death. They will not rest until they have robbed life of all its joy and meaning. Quite simply, the purpose of the lockdowns is the destruction of civilized society. This is also the purpose of the havoc in Seattle, Portland and Los Angeles... coming to your city because they intend to dismantle the US, and start a civil war doing it. 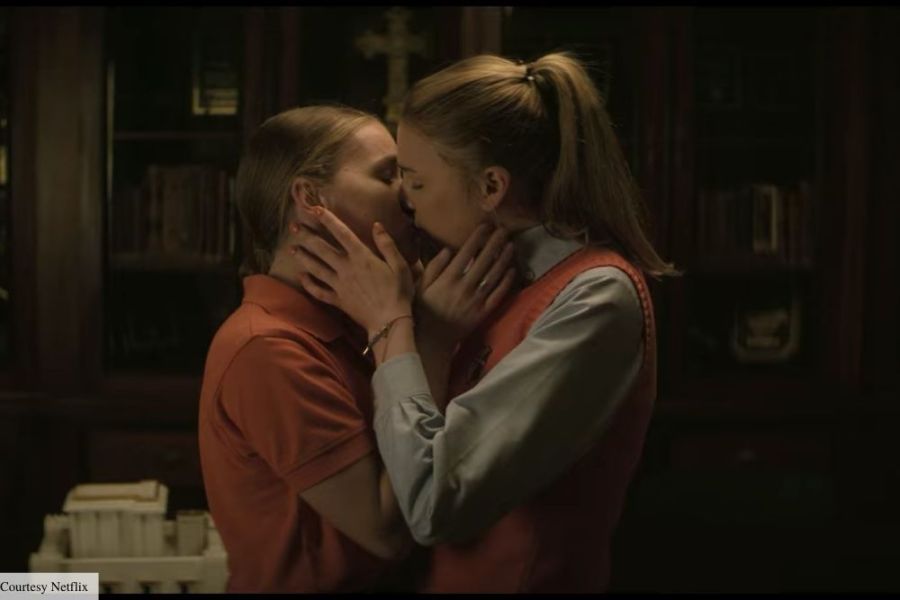 (I kissed a girl)
We have been under relentless occult attack for centuries. Never has it been more intense than today. The new Netflix series, Teenage Bounty Hunters, promotes premarital, lesbian and interracial sex. The very first scene shows a supposedly Christian girl overcome the resistance of a Christian lad who wants to reserve sex for marriage. They are replacing healthy Christian norms with Satanist norms designed to make people dysfunctional.
A satanic cult controls and exploits its members by corrupting and making them sick. Humanity has been inducted into this satanic cult, i.e. Cabalism.
We have been under occult attack long before the #scamdemic. I listed ten examples in this 2019 article.
We were being disenfranchised before they stole the election. Corporate America made it clear that didn't want "toxic" customers who didn't conform to Communist shibboleths like allowing trannies in women's bathrooms.
They have made it clear that control not profit is their priority. Christians and conservatives must be destroyed. We have already been banished from social networks. Parler was kicked off Amazon. Protesters are losing their jobs.
What next? This is what Communists do. Have no illusions. Biden has already announced his intention to discriminate against whites. 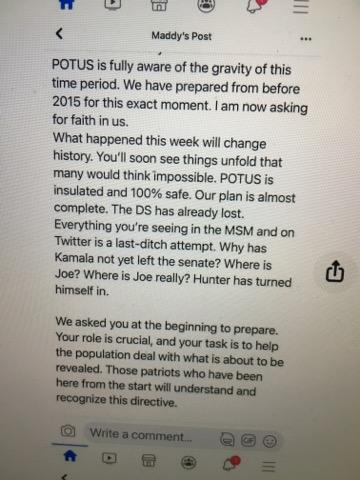 (left, Illusions persist. Another Patriot wet dream: Pelosi arrested!)
Quite simply, Evil is determined to eradicate Good, and Evil seems to have all the money and power. Most of our "leaders" belong to this cult. We are impaled on Lucifer's talons.
The question is, how do we defend ourselves?
How do you effect change when honest elections no longer exist? When the social contract has been broken?
One thing is for certain. Do not trust Trump's leadership going forward. He is a Judas Goat. At least with Biden, we know where we stand. He is senile, a pedophile, a Communist, a traitor and a criminal.
--------
Related - Satanism Explained
------------------Why Judaism hates Christ
-----------------What Cure for the Cancer that Ails Us?
PBS Lawyer Wants Trump Voters' Children Sent to Re-Education Camps
Ontario will issue fines for leaving home  for "non-essential purposes"
Reddit- What's the Appropriate Response to a Commie Coup?
First Comment from Herb
Henry, the whole Trump, and Q saga were taken from the "Operation Trust." It was a template from the Bolsheviks counterintelligence. This is about building hope in the restoration of a system that has been taken down, misdirecting "patriots", and ultimately capturing and killing them. Trumps calling his supporters to DC was the ultimate setup and they used that to turn American foreign policy into domestic policy. https://en.wikipedia.org/wiki/Operation_Trust
Alex Jones just made up a bunch of BS to misdirect. Let's not be fooled anymore cross-check everything, look for how events were used in the past by communist. The people who went to DC were tracked and identified by Facebook, Twitter, and whatever other apps they had on their phones. I don't know what we can do since most people believe the lie, but at a minimum, we can all dump all the tracking apps, Google, Facebook, Whatsapp, Twiter, and whatever else, get an RF blocking case for your phone when you travel. You cannot trust software to disable, put in airplane mode, or anything else - get rid of it or live it home there is a reason the US carriers made you supply an SSN to get a phone.
Trump may be the evilest man to ever be in the Whitehouse. "And no marvel; for Satan himself is transformed into an angel of light."

Once again you are spot on!!!!

You told it how it is.

I applaud your insight and wisdom. You are rare.

And I am certain that few really understand you.

What ever you do, don't change. Always be Henry.

I'd rather be wrong about Trump and save society from coming trauma.

He was part of the charade all along. His words and actions sound like a B-move script. Planned opposition.

Youâ€™re also right that there will never be a return to normal. Itâ€™s sad.

I am hopeful about one thing though. Conscious divinity is Godâ€™s gift to humankind. Will. We are all powerful beings through the great maker. We are creative beings.

You are witnessing one of the saddest weeks in US history. The House of Representatives is in the process of attempting to impeach their President who has 7 days left in office for no other reason than to satisy a Democratic vendetta led by Nancy Pelosi against President Trump for beating their first bogus impeachment trial.

If you want to know how much trouble America is in, just listen to some of the Democratic House Representatives who show themselves intellectually incapable of holding any kind of office. They hate who they are and they still think a different president is going to change all that for them.
American Democracy was lost to the Covid Government last March and they have been in control ever since. This newly unelected governing body is in control of both parties, Democrats and Republicans, plain and simple. If you're wondering why they're all wearing the face diapers, it's because the Covid Government yesterday threatened to fine them if they don't. Yes, the American Congress has lost it's sovereignty to a foreign entity who now tells them what they can and cannot do.

Storming the Capitol will do you no good because the Covid Government does not physically reside there. Who are they? They are an international group of money lenders who now not only control the governments of this world but also your personal liberties and your economies.

Until this Covid Government is impeached nothing will change for the better.

Won't be long before us chickens, the disgruntled few, are rounded up and liquidated. The remaining 95% will cheer our demise, if they even notice.

You have done your best to warn, and I salute you for that.

Ten trillion since 2019 thrown at the collapsing USA.

The Green dream will take 95 trillion to accomplish itâ€™s goals by 2030. The USA is being sacrificed to pay for it all via the FED. This is the most criminal event in all of history. America is made up of mostly hard working people who are inclined to be fair with their with their fellow man. This is a decent group of people willing to offer charity and willing to carry their own weight. We are being destroyed for our Christian values. This is the Cloward Piven crescendo! 85 trillion to go!!!