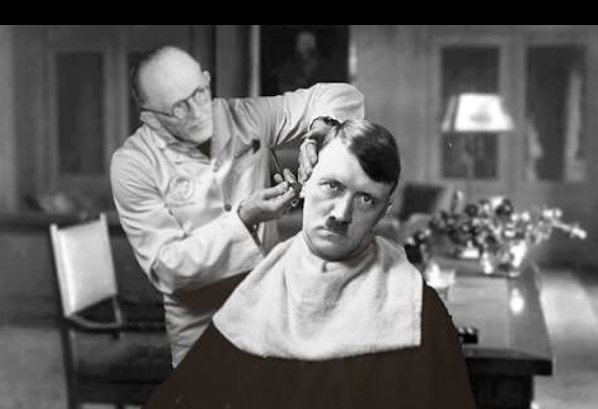 US patriot resistance to covid fascism reminded me of this Woody Allen article, "I was Hitler's Barber" (1971)
Source
"I have been asked if I was aware of the moral implications of what I was doing. As I told the tribunal at Nuremberg, I did not know that Hitler was a Nazi. The truth was that for years I thought he worked for the phone company. When I finally did find out what a monster he was, it was too late to do anything, as I had made a down payment on some furniture. Once, toward the end of the war, I did contemplate loosening the Führer's neck-napkin and allowing some tiny hairs to get down his back, but at the last minute my nerve failed me."
Related-  This is an interview with Adolf Hitler's real barber, August Wollenhaupt. He was the only man allowed to cut Hitler's hair from 1932-1945.