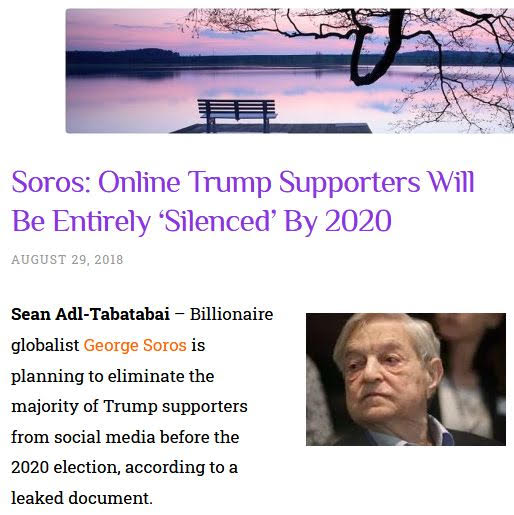 The weaponizing of oligarch social media and internet tech companies to censor and ban President Donald Trump and his supporters 'by 2020' - and the full-on Bolshevik censorship against conservatives we see now being imposed - was well-planned by George Soros teams at a meeting in January 2017, its presentations publicly documented in 2018.
by Brabantian
(henrymakow.com)
From August 2018: 'Soros: Online Trump Supporters Will Be "Silenced" By 2020'
"Billionaire globalist George Soros is planning to eliminate the majority of Trump supporters from the Internet by 2020 ... A leaked document outlines plans by Soros to exert his influence, via his immense personal wealth, to pressure Big Tech to censor and purge pro-Trump journalists, citizens and outlets ahead of the 2020 election."
The document was presented in January 2017 by David Brock, leftist operative and Clinton loyalist, founder of Soros-backed 'Media Matters', hosting 100-plus donors at Turnberry Isle Resort, Aventura, Florida, to map out how Democrats will "kick Donald Trump's ass." The document can be read in full here: https://www.documentcloud.org/documents/3440721-337535680-Full-David-Brock-Confidential-Memo-on.html 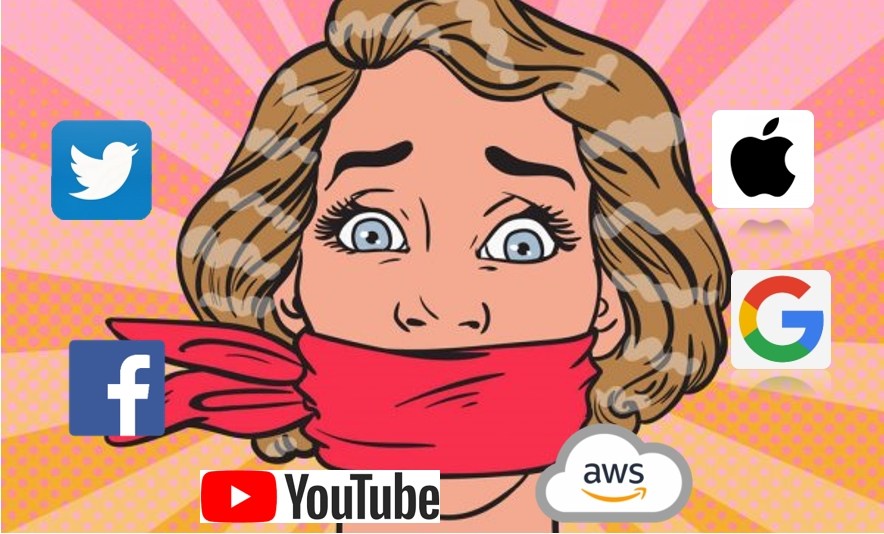 The document slanders conservative or independent information and opinion as 'fake news', 'extremism' and 'toxic propaganda', as it plans the war to impose oligarch leftism upon the USA. They clearly understand Trump as a symbol above all, a symbol who must be destroyed, as part of destroying people who hold conservative views. The document promises a 'state of the art Trump War Room', with which:
"Right-wing propagandists will be exposed ... journalists, activists, allies will utilize and weaponize our research to take action against extremists ... right-wing targets will see their influence diminish.
Internet and social media platforms, like Google and Facebook ... will no longer host fake news and propagandists ... Facebook will adjust its model ... Google will cut off access to revenue ... Toxic campaigns will be punished and halted ... alt-right figures will lose credibility and influence
We will focus on voters in swing states ... knock down Trump's daily narrative ... Trump will be afflicted by a steady flow of damaging information ... We aggressively call out Trump's strategy: To foment a white nationalist awakening.
We're on track toward our top outcomes - defeat Trump 2020, change the balance of power"
They told us they what they would do, and they did it.

The Moral Majority is being targeted by the leftist oligarchs for many reasons. First of all, they are the patriots who are an obstacle to world government. They believe in their constitution and the sovereignty of their nation. Secondly, they are an obstacle because, like their forefathers, they believe in biblical values and not the promoted godless decrees that are now being imposed on them by the decadent secular forces who seeks to pervert and outlaw those values.

The lines are being drawn and sooner or later the final division will be between the believers in God and Jesus Christ and the non-believers of the atheist global forces who now have taken over Big Government, MSM, and Big Tech.