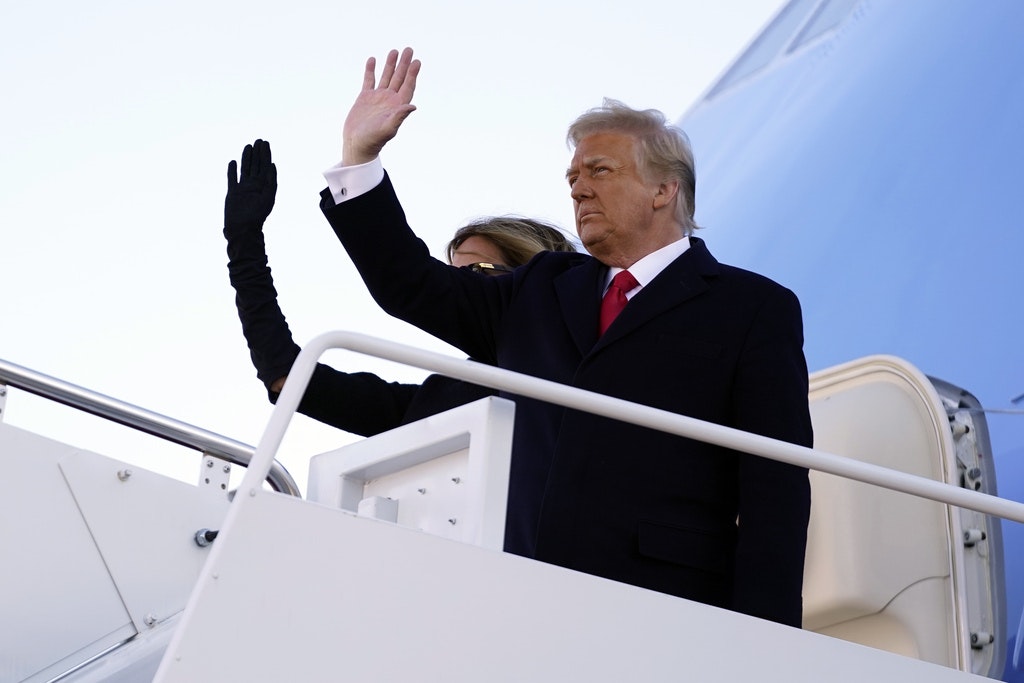 Was Trump a Disaster for the Right?
John Augustine thinks so.
"By going all in with Trump, the "right" made a deal with the devil and in making a deal with the devil realize that the devil does not change."
"There are a lot of the patriot types have been still supporting Trump, but that have seen the recent events at the capitol as a wake up call to what Trump is, how he inflamed the passions and then set them up as dupes. It is for those people that I wrote my article.
I grew up in the SF bay area before joining the Marines and escaping to Northern California, I recently converted to True Catholicism (sedevacantism) and am in my early 30's and have lost my job due to the scamdemic, when I am not trying to live off the land I enjoy hiking, camping, fine whiskey, and all the things that make Jimmy Buffet songs good. "

by John Augustine
(henrymakow.com)
Dear fellow Americans, and all people of goodwill, we must recognize that the world has changed, and how we have let it change.
Many of you supported Trump throughout his presidency and it is to you whom I write. Most of you were enamoured by Trump because, unlike establishment Republicans, Trump made a show of fighting back against the left, however we must recognize Trump for who he is: a pied piper Judas goat whose mission was to galvanize the vestiges of freedom loving Americans (the "right"), discredit and delegitimize them.
It should be obvious that support of Trump has been a disaster for the "right" and has led the movement deleteriously astray. The "right" used to stand for small government, the constitution, and Christian values now after Trump can that still be said?
By going all in with Trump, the "right" made a deal with the devil and in making a deal with the devil realize that the devil does not change. By making such a deal the "right" sold out its core principles and thus sacrificed its soul in exchange for the vain hope that a thrice divorced, six time bankrupted, Epstein Island Club frequent flier would make America great again.
At what price? The scamdemic; the division, polarization, radicalization, riots, censorship, great transfer of wealth from the middle class into the hands of the billionaires, mockery of the Presidency, police state, and the Yinon plan. "Why Richard, it profit a man nothing to give his soul for the whole world... but for Trump! [Wales]"(1)
We must recognize that the world has changed, truth is that it changed long before the Trump presidency, but we have been in denial. The "right' has failed because it has forgotten first principles and has thus succumbed to the world.
Understand that we were made in the image of God and are called to act accordingly, or else God's graces will be revoked.
Our lord said: "You are the salt of the earth. But if the salt lose its savour, wherewith shall it be salted? It is good for nothing any more but to be cast out, and to be trodden on by men.  You are the light of the world. A city seated on a mountain cannot be hid.  Neither do men light a candle and put it under a bushel, but upon a candlestick, that it may shine to all that are in the house. So let your light shine before men, that they may see your good works, and glorify your Father who is in heaven.(2)"
By allowing evil to infect and fester in our country we have lost our light and our saviour, we have trusted others to do the dirty work for us and have not converted our neighbours, we sacrificed God, family, culture, and all the best things in life at the altar of money and convenience.
Now that the things of real value are gone, the money is being taken away too. The "right" sacrificed what was left of its salt and light for Trump and it is fit to be cast away. Is that not exactly what is coming with the new administration?
1--A Man for All Seasons (1966)
2--Mathew 5:13-5:16