Bankers Saved Democracy by Killing It 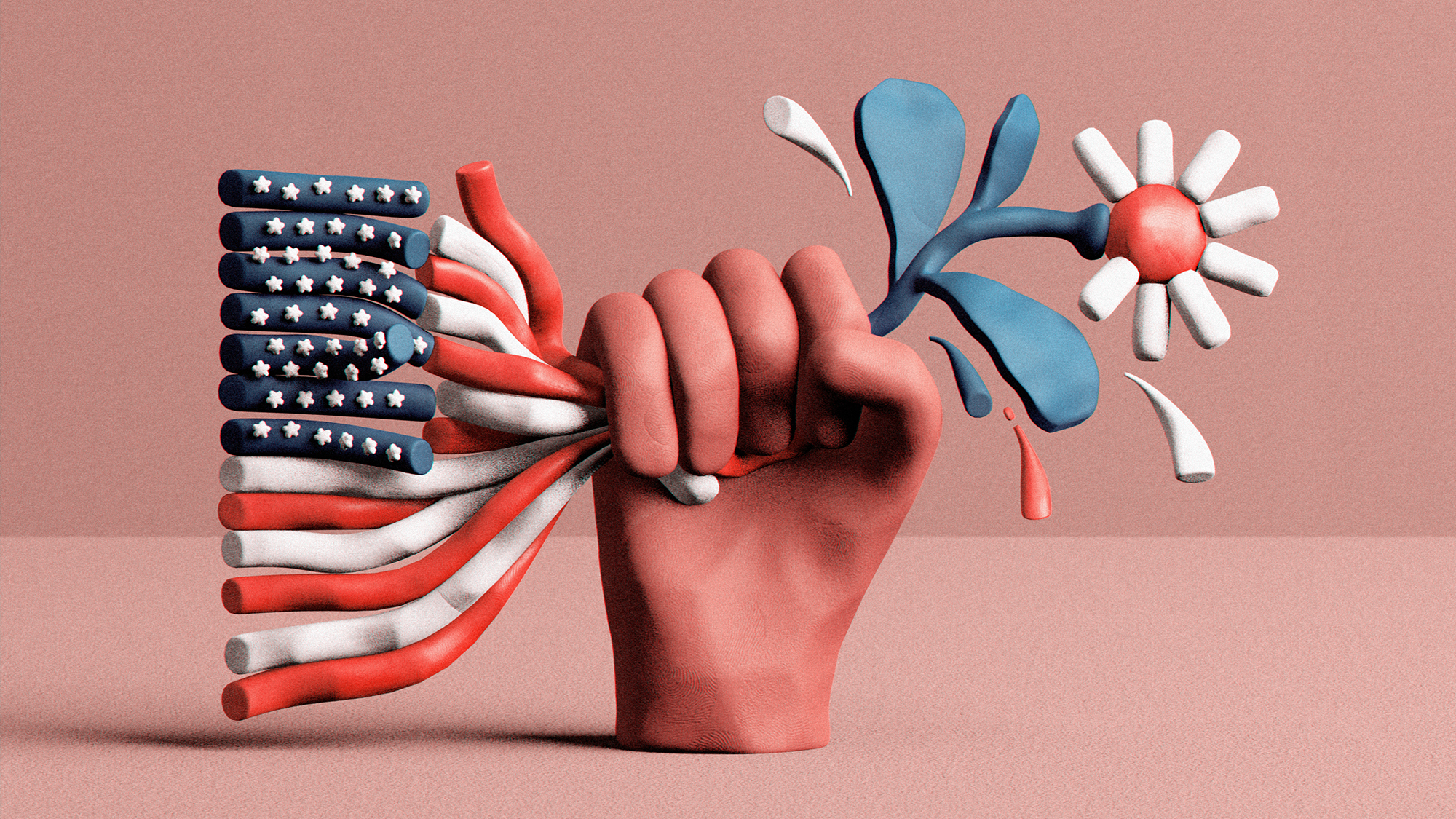 Democracy was no longer working. People were electing a President who better represented them.
It was time for an intervention:
Time to permanently marginalize all those who oppose the bankers' Communist-Globalist agenda,
i.e. the majority of Americans.
"A well-funded cabal of powerful people, ranging across industries and ideologies, working together behind the scenes to influence perceptions, change rules and laws, steer media coverage and control the flow of information. They were not rigging the election; they were fortifying it. And they believe the public needs to understand the system's fragility in order to ensure that democracy in America endures."
Time Magazine, an Illuminati mouthpiece, brazenly described how the bankers manipulated the vote and the aftermath:
...."A second odd thing happened amid Trump's attempts to reverse the result: corporate America turned on him. Hundreds of major business leaders, many of whom had backed Trump's candidacy and supported his policies, called on him to concede. To the President, something felt amiss. "It was all very, very strange," Trump said on Dec. 2. "Within days after the election, we witnessed an orchestrated effort to anoint the winner, even while many key states were still being counted."
In a way, Trump was right.
There was a conspiracy unfolding behind the scenes, one that both curtailed the protests and coordinated the resistance from CEOs. Both surprises were the result of an informal alliance between left-wing activists and business titans. The pact was formalized in a terse, little-noticed joint statement of the U.S. Chamber of Commerce and AFL-CIO published on Election Day. Both sides would come to see it as a sort of implicit bargain-inspired by the summer's massive, sometimes destructive racial-justice protests-in which the forces of labor came together with the forces of capital to keep the peace and oppose Trump's assault on democracy....
The scenario the shadow campaigners were desperate to stop was not a Trump victory. It was an election so calamitous that no result could be discerned at all, a failure of the central act of democratic self-governance that has been a hallmark of America since its founding. 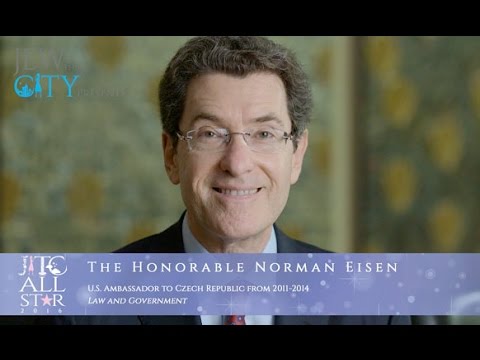 (Norm Eisen, "Orthodox Jewish All Star")
After Election Day, they monitored every pressure point to ensure that Trump could not overturn the result. "The untold story of the election is the thousands of people of both parties who accomplished the triumph of American democracy at its very foundation," says Norm Eisen, a prominent lawyer and former Obama Administration official who recruited Republicans and Democrats to the board of the Voter Protection Program.
"Their work touched every aspect of the election."

"a well-funded cabal of powerful people, ranging across industries and ideologies, working together behind the scenes to influence perceptions, change rules and laws, steer media coverage and control the flow of information. They were not rigging the election; they were fortifying it. And they believe the public needs to understand the system's fragility in order to ensure that democracy in America endures."

Ball calls it the "inside story of the conspiracy to save the 2020 election." Like, as in, a real-life conspiracy - confirmed by the perpetrators themselves for all to read -- that tilted the "free" US presidential election....

How did this happen? Joe Biden finished an abysmal 5th in the New Hampshire and 4th in the Iowa caucuses of 2020, the two crucial earliest states to vote on presidential primary candidates. In late 2019 and early 2020, Biden's campaign was flirting with failure. Most analysts, even friendly ones, agreed it was on the verge of collapse. 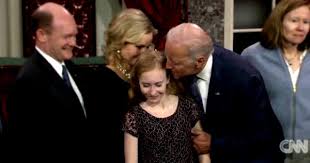 So how did a sad two-time presidential election loser like 78-year-old Joe Biden, a rapidly aging white male in an era of Ã¼ber-wokeness, bane of #MeToo, manage to come back from such a huge hole early on?

Biden, in short, is a company man - just the kind of trusted ally that the DNC's donors could turn to in the face of a threatening Bernie Sanders ascendancy and an even more terrifying specter of a possible Trump re-election. Back in January of 2020, both seemed like probable scenarios.

So -- starting at the highest levels with former president Barack Obama orchestrating an emergency power consolidation among the establishment primary candidates -- they turned the gears of the political machinery as only a ruling class with full access to the levers of power can:

"Their work touched every aspect of the election. They got states to change voting systems and laws and helped secure hundreds of millions in public and private funding. They fended off voter-suppression lawsuits, recruited armies of poll workers and got millions of people to vote by mail for the first time. They successfully pressured social media companies to take a harder line against disinformation and used data-driven strategies to fight viral smears. They executed national public-awareness campaigns that helped Americans understand how the vote count would unfold over days or weeks, preventing Trump's conspiracy theories and false claims of victory from getting more traction." ...

The revelations of Molly Ball via Time serve as prima facie evidence that the current government pressing its weight down on the middle and working class is illegitimate. Politicians at the highest levels are the handpicked puppets of the men behind the curtain.

Beyond illegitimate, Joseph Biden and the people who worked so diligently to thwart the democratic process in the 2020 election are criminal. They stole your birthright as an American citizen. This is not consensual governance; this is the Bad Touch.

You live in occupied territory.

They beg for summary judgment and the guillotine.

Ben Bartee is a Bangkok-based American journalist with opposable thumbs. Contact him via his portfolio or on LinkedIn.

Comments for " Bankers Saved Democracy by Killing It"

Now is the time for citizen arrests and proper common law courts.

But they will have to be backed up with, first, proper prayer, God's most powerful weapon, and second, plenty of guns and men willing to use them for just reasons.

Also, people must not make the mistake of using Bible quotes in law suits. Stick to violations of true law (not lawyerese quotes from bygone cases). Bible quotes are ignored in court, or worse, cause legitimate suits to be thrown out as irrelevant.

Since only politics seems to be more corrupt than our court system, using our present British admiralty resorted courts will always give the same type of openly satanic results as Trump got on this obviously treasonous theft of our vote.

This is an authorization for the winning side to exterminate the losing side. This is a bad idea that could well come back to bite YOU. For hundreds of years we have been developing a more humane politics (at least domestically), but now we're being told by deranged people that it has all been a waste.

Exercise better judgment in your choice of contributors, Henry.

The Demonrats talk and act like they have this authorization with or without us.