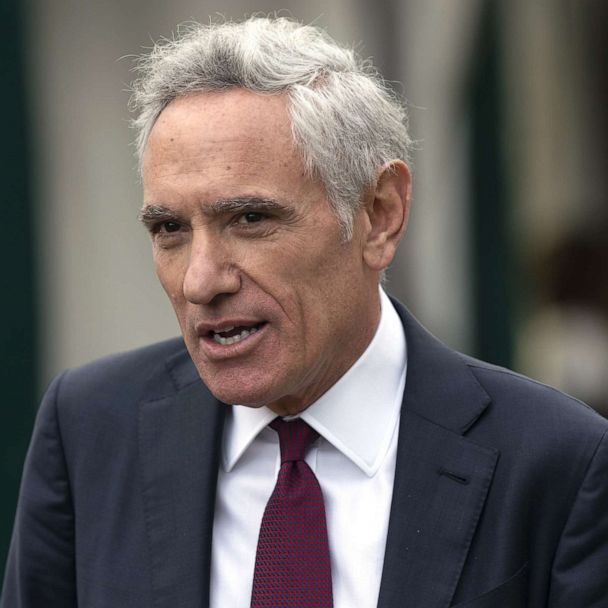 Trump's covid advisor, Scott W. Atlas, 66, has discovered that anyone who questions the covid hoax narrative is mercilessly vilified.
Communism is a satanic cult. It cannot win an honest debate because everything it promotes is a lie. Its goal is to destroy Western civilization.
To enforce conformity,  it resorts to slander, misrepresentation and intimidation, including blackmail & murder.
"With social media acting as the arbiter of allowable discussion, and with continued censorship and cancellation of those with views challenging the "accepted narrative," the United States is on the verge of losing its cherished freedoms."
MAKOW- Atlas works for the Hoover Institute so he can't mention that the cancer that afflicts us is Communism, and its source is the Masonic Jewish central banking cartel. see What is Communism?
Protocols of Zion 5-1 ---"We shall regulate mechanically all the actions of the political life of our subjects by new laws. These laws will withdraw one by one all the indulgences and liberties which have been permitted by the GOYIM, and our kingdom will be distinguished by a despotism of such magnificent proportions as to be at any moment and in every place in a position to wipe out any GOYIM who oppose us by deed or word."
Science, Politics, and COVID: Will Truth Prevail?
The following is adapted from a speech delivered on February 18, 2021, at a Hillsdale College National Leadership Seminar in Phoenix, Arizona.
(abridged by henrymakow.com)
The COVID pandemic has been a tragedy, no doubt. But it has exposed profound issues in America that threaten the principles of freedom and order that we Americans often take for granted.
First, I have been shocked at the unprecedented exertion of power by the government since last March--issuing unilateral decrees, ordering the closure of businesses, churches, and schools, restricting personal movement, mandating behavior, and suspending indefinitely basic freedoms.
Second, I was and remain stunned--almost frightened--at the acquiescence of the American people to such destructive, arbitrary, and wholly unscientific rules, restrictions, and mandates.
The pandemic also brought to the forefront things we have known existed and have tolerated for years: media bias, the decline of academic freedom on campuses, the heavy hand of Big Tech, and--now more obviously than ever--the politicization of science. Ultimately, the freedom of Americans to seek and state what they believe to be the truth is at risk....
SUPPRESSION OF ACADEMIC FREEDOM
And sadly, just as in Galileo's time, the root of our problem lies in "the experts" and vested academic interests. At many universities--which are supposed to be America's centers for critical thinking--those with views contrary to those of "the experts" currently in power find themselves intimidated. Many have become afraid to speak up.
But the suppression of academic freedom is not the extent of the problem on America's campuses.

To take Stanford, where I work, as an example, some professors have resorted to toxic smears in opinion pieces and organized rebukes aimed at those of us who criticized the failed health policies of the past year and who dared to serve our country under a president they despised--the latter apparently being the ultimate transgression.
Defamatory attacks with malicious intent based on straw-man arguments and out-of-context distortions are not acceptable in American society, let alone in our universities. There has been an attempt to intimidate and discredit me using falsifications and misrepresentations. This violates Stanford's Code of Conduct, damages the Stanford name, and abuses the trust that parents and society place in educators.
It is understandable that most Stanford professors are not experts in the field of health policy and are ignorant of the data about the COVID pandemic. But that does not excuse the fact that some called recommendations that I made "falsehoods and misrepresentations of science." That was a lie, and no matter how often lies are repeated by politically-driven accusers, and regardless of how often those lies are echoed in biased media, lies will never be true...
The claim in a recent Journal of the American Medical Association (JAMA) opinion piece by three Stanford professors that "nearly all public health experts were concerned that [Scott Atlas's] recommendations could lead to tens of thousands (or more) of unnecessary deaths in the U.S. alone" is patently false and absurd on its face.
As pointed out by Dr. Joel Zinberg in National Review, the Great Barrington Declaration--a proposal co-authored by medical scientists and epidemiologists from Stanford, Harvard, and Oxford--"is closer to the one condemned in the JAMA article than anything Atlas said." Yet the Great Barrington Declaration has already been signed by over 50,000 medical and public health practitioners.
When critics display such ignorance about the scope of views held by experts, it exposes their bias and disqualifies their authority on these issues. Indeed, it is almost beyond parody that these same critics wrote that "professionalism demands honesty about what [experts] know and do not know." ...
My accusers have ignored my explicit, emphatic public denials about supporting the spread of the infection unchecked to achieve herd immunity--denials quoted widely in the media. Perhaps this is because my views are not the real object of their criticism. Perhaps it is because their true motive is to "cancel" anyone who accepted the call to serve America in the Trump administration.
MASKS
Regarding universal masks, 38 states have implemented mask mandates, most of them since at least the summer, with almost all the rest having mandates in their major cities. Widespread, general population mask usage has shown little empirical utility in terms of preventing cases, even though citing or describing evidence against their utility has been censored. Denmark also performed a randomized controlled study that showed that widespread mask usage had only minimal impact.
This is the reality: those who insist that universal mask usage has absolutely proven effective at controlling the spread of the COVID virus and is universally recommended according to "the science" are deliberately ignoring the evidence to the contrary. It is they who are propagating false and misleading information.
Those who say it is unethical, even dangerous, to question broad population mask mandates must also explain why many top infectious disease scientists and public health organizations question the efficacy of general population masking. ...
Throughout this pandemic, the WHO's "Advice on the use of masks in the context of COVID-19" has included the following statement: "At present, there is no direct evidence (from studies on COVID-19 and in healthy people in the community) on the effectiveness of universal masking of healthy people in the community to prevent infection with respiratory viruses, including COVID-19."
My advice on masks all along has been based on scientific data and matched the advice of many of the top scientists and public health organizations throughout the world.
CONCLUSION
At this point, one could make a reasonable case that those who continue to push societal restrictions without acknowledging their failures and the serious harms they caused are themselves putting forth dangerous misinformation.
Despite that, I will not call for their official rebuke or punishment. I will not try to cancel them. I will not try to extinguish their opinions. And I will not lie to distort their words and defame them. To do so would repeat the shameful stifling of discourse that is critical to educating the public and arriving at the scientific truths we desperately need.
If this shameful behavior continues, university mottos like Harvard's "Truth," Stanford's "The Winds of Freedom Blow," and Yale's "Light and Truth" will need major revision.
Big Tech has piled on with its own heavy hand to help eliminate discussion of conflicting evidence. Without permitting open debate and admission of errors, we might never be able to respond effectively to any future crisis. Indeed, open debate should be more than permitted--it should be encouraged.
As a health policy scholar for over 15 years and as a professor at elite universities for 30 years, I am shocked and dismayed that so many faculty members at these universities are now dangerously intolerant of opinions contrary to their favored narrative.
Some even go further, distorting and misrepresenting words to delegitimize and even punish those of us willing to serve the country in the administration of a president they loathe. ...
I also fear that the idea of science as a search for truth--a search utilizing the empirical scientific method--has been seriously damaged. Even the world's leading scientific journals--The Lancet, New England Journal of Medicine, Science, and Nature--have been contaminated by politics. What is more concerning, many in the public and in the scientific community have become fatigued by the arguments--and fatigue will allow fallacy to triumph over truth.
It is not at all clear whether our democratic republic will survive--but it is clear it will not survive unless more people begin to step up in defense of freedom of thought and speech.

It's good to know that America still has sane and responsible people left like Mr. Atlas. Without people like him America would be a totally worthless politically correct immoral sewer of lies and deceptions.

The MSM should be focusing on articles like this and not worthless tabloid trash like they have been peddling the last few weeks.

This is a battle between legitimate science and illegitimate fabricated data.

John Lennon was also aware of communist agendas revealed in his song called 'imagine'. when he sang of no heaven or hell; attacking religion. when he sang of living for today; 'doing your own thing'. no countries; attack on nationalism. imagine no possessions; abolition of private property. and then he says,' And the world will be as one'.; one world government. this song was done to brainwash us into this idea that this was the worlds solution to all problems.