Covid Hoax Has Failed - What's Their Next Step? 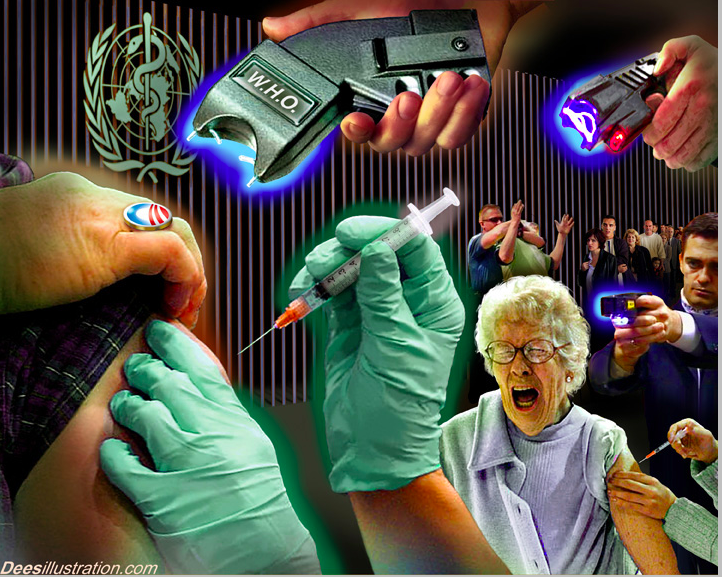 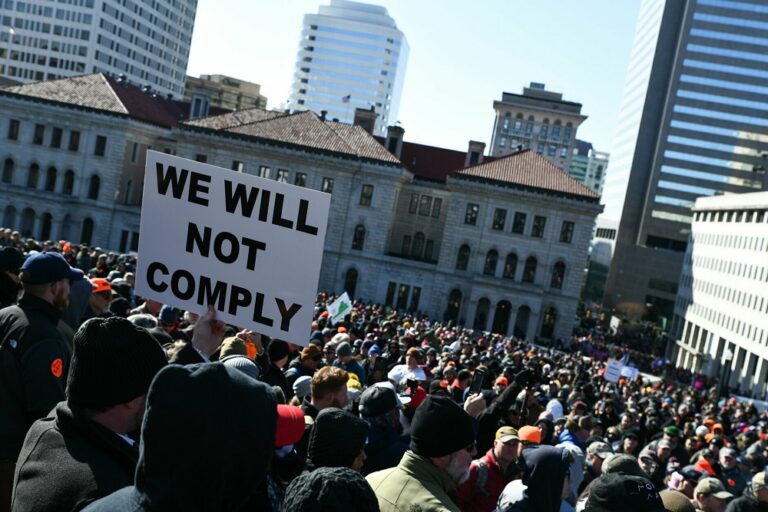 This means that the globalists have a big problem. They obviously invested a lot into this pandemic. It is the key to their entire Reset agenda. Without a frightening pandemic killing tens of millions, the globalists will not be able to lock down the public and prevent them from traveling or organizing. They will not be able to institute the medical passports and contact tracing apps that would allow them to watch the public 24/7. They certainly won't get most Americans to go along with the cashless society and the centralized global governance the elites are so obsessed with.
The fear of cronavirus is waning. The globalists have indeed failed in epic fashion. But, this doesn't mean that they are going to give up. If my experience studying psychopathic people tells me anything, it is that when these lunatics are cornered they tend to double and triple down on their failures.
The question is, what will happen next? The establishment will need maximum instability and chaos in the near term if they hope to salvage their Reset project. If they wait too long awareness will spread and they might not get another chance for many decades to come, if ever. Here are the events I expect to see over the course of the next year...
COVID MUTATION HYPE
The globalists are doomed unless they can keep the pandemic panic rolling forward. For now, puppets like Biden and Fauci are going to pretend as if a full reopening of the economy is going to happen. This us a lie. Already we are seeing Biden waffling on when a reopening will take place. He has indicated that it will be at least a YEAR before the shutdowns will completely end, and this is predicated on the majority of Americans submitting to vaccinations and medical passports.
In other words, the establishment is telling us that they intend to hold the economy hostage until we take the jab and give up our freedoms.
Now, are these inbred totalitarians just out of their minds? Well, probably, but that doesn't mean they don't have a Plan B. Just look at all the hype surrounding "covid mutations" in places like South Africa and Brazil; the narrative will be that a "new covid variant" that is more dangerous and deadly than the first virus is spreading, and that the lockdowns must return for the greater good of the public....
FEDERAL LOCKDOWNS
If the mutation narrative continues on the path... I expect the Biden Administration to attempt a national federalized lockdown similar to the Level 4 lockdowns used in Europe and Australia, and it will be announced sometime this year.
This program will trigger several reactions; most importantly, most conservative states and counties will refuse to follow federal mandates. I know that my county and probably most of Montana will defy any new shutdown.
There will be several economic consequences that will erupt from this conflict; some positive and some negative. 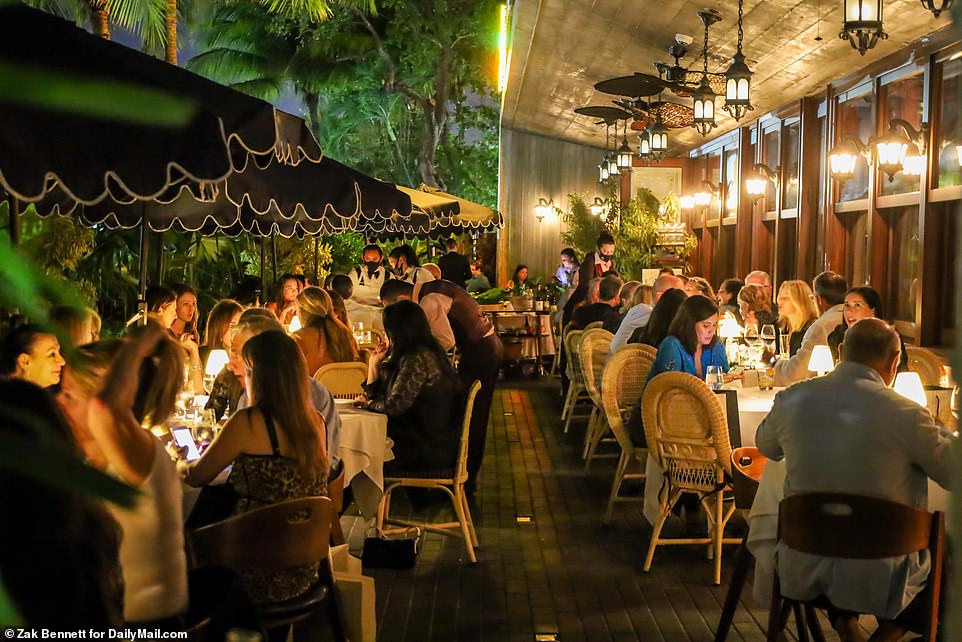 (Restaurants are fleeing NYC for Miami, proof Covid is a hoax.)
DOMESTIC ECONOMIC WARFARE
This phase of the crisis will happen within a month to two months of any national shutdown. Red states will refuse to comply. State politicians, even if they are part of the agenda, will be too scared to try to enforce federal mandates. They will be compelled by the conservative citizenry to keep their states open. Most people in these areas will ignore mandates.
This will lead to a red state fiscal boom, at least in the beginning, as business continues to thrive in conservative areas while blue states suffer under medical tyranny. Companies will flee leftist states by the thousands and move to any states that remain open and accommodating. This will be short lived, though.
Biden and the federal government will try to retaliate, first by cutting off federal funds to any state that does not bow to their power and refusing to give stimulus to any businesses that relocate. Blue states will be flush with stimulus cash while red states will be forced to reduce or eliminate welfare programs and some pension funds.
Of course, the government has no real money to give, they only have our tax dollars and the fiat that the central bank creates from thin air. The likely response will be that conservative states and citizens will simply stop paying federal taxes. Another reaction will be red states taking over federal lands and utilizing the resources on those lands to rejuvenate their industry and make up for the federal dollars lost.
What this amounts to is a soft secession of conservative regions, which will eventually lead to federal attempts at physical intervention (the economic war will turn into a shooting war). The argument from the establishment will be that conservatives are putting the rest of the country "at risk", that we are "selfish" and "literally killing grandma". 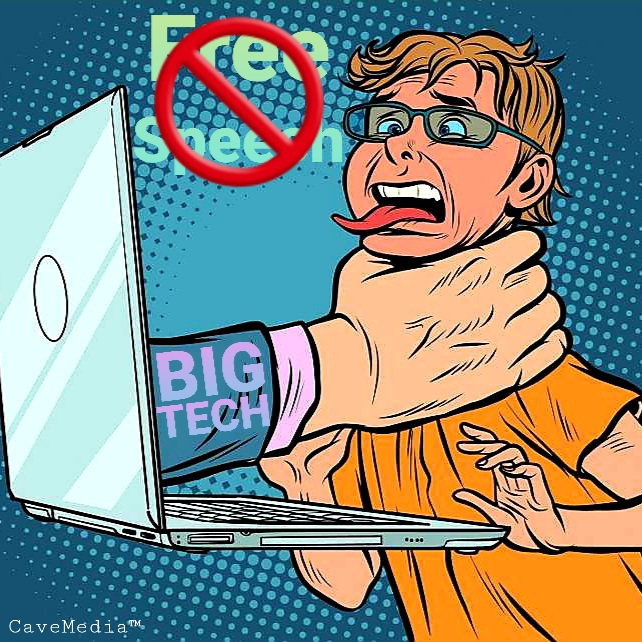 COMPLETE ERASURE OF CONSERVATIVES FROM THE INTERNET
I expect Biden and Big Tech to further pursue their current witch hunt against conservative voices, far beyond what we have already seen. In order to win a fight with conservatives they will first have to silence us so that our side of the argument is never seen or considered by the rest of the population. If they allow us to be heard, we will undoubtedly win because facts and moral reason are on our side.
It is hard to demonize people that simply want to be free.
But, if you can silence conservatives and moderates, then the narrative can be rigged. The establishment spin doctors can tell people that we don't actually want freedom; we want something else, something evil and nefarious. They can tell people we are "fascists", and that we are "racists" and that we actually want tyranny. Who is going to tell the public otherwise when we are removed from all available platforms and our websites are booted off service providers due to "dangerous ideas"?
GUN CONTROL MADNESS
I know that some people think that leftists under Biden will not try to carry out a widespread gun crackdown and that much of the current talk is merely hollow rhetoric. I disagree. I think the globalists are going for broke, and they need to get as many combat capable firearms as they can from Americans soon. Democrats will push hard for legislation like HR 127.
They will then offer a "compromise" with Republicans and the NRA, cutting out portions of the bill. This will be a trick to make the public think that the new restrictions are a "reasonable compromise". They think we will breath a sigh of relief and say "Well, at least they didn't take everything..."
The gun grabbers are delusional.
What will really happen is millions of gun owners will pass local and state laws negating federal restrictions. No conservatives are going to give up their gun rights, allow red flag laws to be implemented or allow high capacity firearms to be limited; not at this stage in the game.
INTERNATIONAL INTERVENTION
Eventually, leftists and the establishment will realize that conservatives will be harder to subjugate than they expected. They will discover that a large part of the US military and law enforcement is on our side. They will start to see mutiny among the people that they rely on as cannon fodder to carry out their dictates.
Even now, there are sheriff's departments across the country refusing to enforce lockdown orders. And, 30% to 50% of medical professional say they will not be taking the covid vaccine depending on the state. When the rebellion goes live, this is when the globalists will have to pursue extreme options. They will not be able to win using domestic forces. Instead, they will seek out an international response, probably through the United Nations.
The rationale will be that the US has an enormous nuclear arsenal and that the international community cannot allow these weapons to fall into the hands of "white supremacists". This is when the real fight will begin. If international intervention fails in the US, the globalists will find their heads on the chopping block. If the globalists win the fight in the US then there will be very few people left to resist them in the years going forward.
I have had numerous readers from all over the world write to me, saying that they believe in the face of the pandemic lockdowns it is now all up to Americans to turn the tide. I agree. A successful rebellion against globalism in America will lead to rebellions elsewhere, but the fact remains that if we lose, no one else will dare lift a finger. The future is in our hands.
------------------
Related- It begins - North and South Dakota Legislatures To Invalidate Unconstitutional Biden Orders
Dominoes Fall- Arizona Now Completely Open , Alabama soon

Comments for "Covid Hoax Has Failed - What's Their Next Step?"

tell Brandon Smith we already what they are going to do next and the Covid 19 bullshit hasn't failed it's going according to the script.

What if this vaccine caused people to have a sensitivity to the light of a video screen? The whole thing could fall apart if people returned to the written word. No one would let that happen.

It's also so obviously a scam that we can be sure to say that it was intended for us to figure this out.

re "...my experience studying psychopathic people tells me anything, it is that when these lunatics are cornered they tend to double and triple down on their failures"

I agree with this and I think this was also planned. The whole NWO conspiracy may be a return to reason by clearly showing what happens when reason is abandoned. Maybe the top rulers are getting sick of their psychopathic underlords that will rape and torture children. Who would want Justin Trudeau as a neighbor?