Victim of Feminism: "I Never Really Had a Fighting Chance" 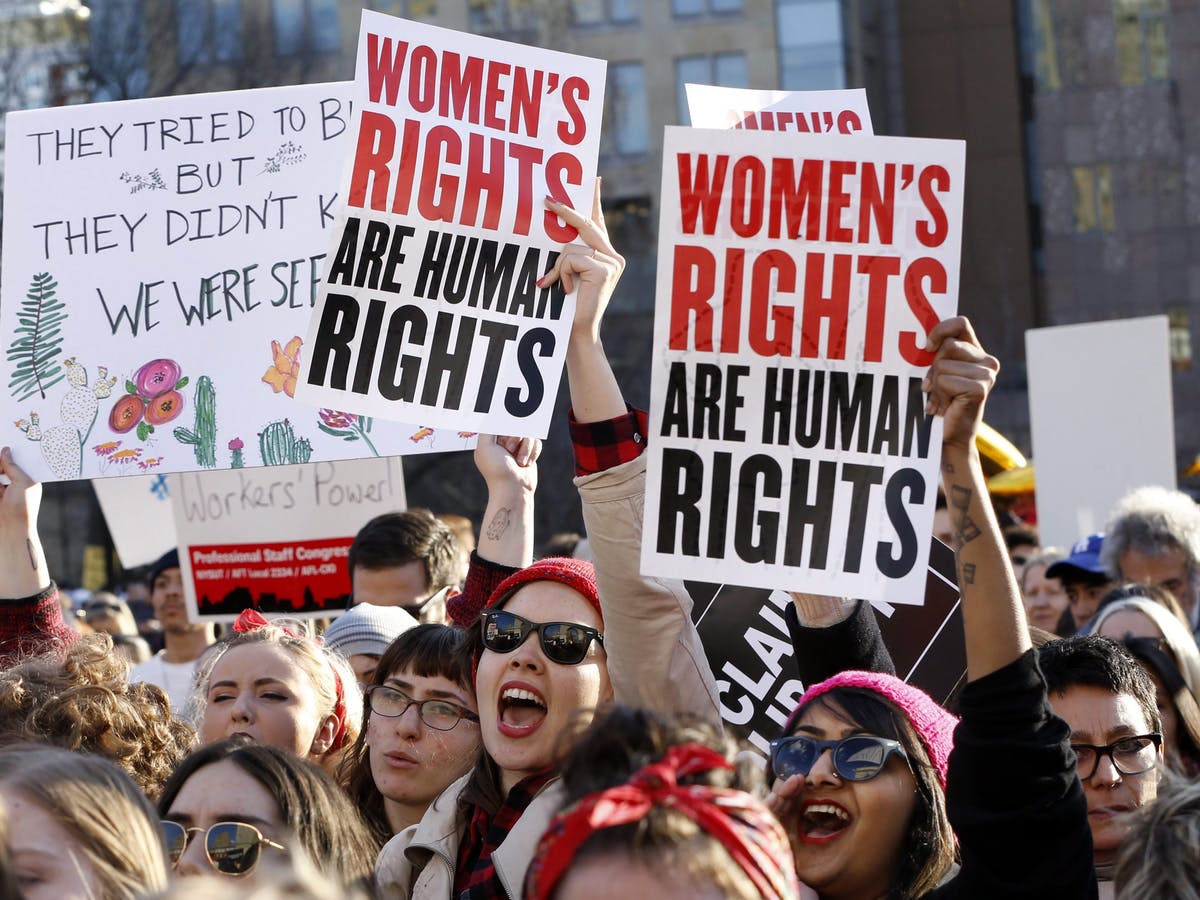 My serious boyfriend after college was addicted to porn and when I found a whole stash of it, I berated him and told him to just get out (even though I didn't mean it). He left. I was so distraught, I thought to myself, "If you can't beat 'em, join 'em" and I went to a nearby strip club and auditioned. All those nights dancing on stage, I kept thinking, "I hope he walks in and can see me now." "Wouldn't he be pleased?" "Isn't this what he wants?" "This will show him!"
Mine is a long and sad story that later morphed into pushing aside staying-at-home to be a mother so I could get out of the house and continue competing with men in the workplace since I had been programmed to believe women only achieved value by having an impressive job and looking hot.
I likewise spent a lot of time shopping for clothes that showed off my body and even seriously contemplated getting a boob job, once going as far as putting down a $500 deposit but then calling it off before surgery.
I started figuring things out recently, but it is too late.
Now my children are high schoolers and I've lost them because I traded being a mom for a work cubicle. My kids think the truth I tell them about the world is crazy and they roll their eyes or get mad at me. They go to school where they are taught hyper and deviant sexual education; where they are told they must suffocate and muzzle themselves in masks; and where they will soon be able to get a Covid vaccine without parental notification.
All I can do is try to set an example and guide them to God. I hang news items and quotes on the fridge that will maybe peak their interest into doing some research beyond the mainstream lies and public school social engineering.
When I look at parents putting masks over their children's faces and offering them up for the experimental Covid shots, I think, "God forgive them for they know not what they do."
This same line applied to me for much of my life. I have asked God for his forgiveness. It is hard to not be angry at others for being so blind. But I was once like them and still there is so much I don't know and need to learn.
CONCLUSION
There is no feminine in feminism. That is the dirty trick of it all, and I do mean dirty. Feminism taught me how to be a man while looking like a sex bomb out of Penthouse. Just like the women in Aldous Huxley's 'Brave New World' look sexy on the outside, but inside they are basically men. I tried to be tough and competitive. Funny and a ball buster. Smart and aggressive. Dirty and dominant. And as much as I and other women tried to believe we wanted to be that way, men tried to believe they also wanted women to be that way.
It is all a lie, of course. Men love women for being soft, nurturing, delicate and pure just as women really want to be. And women love men for being powerful, smart, resourceful, strong and wise in the ways of the world just as men really want to be. Love is when these immutable truths blend in the hearts of men and women just as God intended.
The truth can be contorted and twisted for millennia by Satan and his stooges, but the truth is still the truth.
----------
First Comment from Anonymous-
Feminism is like a piece of malware that exploits a particular vulnerability in the operating system of the female mind, much like a keylogger or remote access trojan exploits a vulnerability in the targeted operating system of a computer. The Illuminati are mind hackers, gives a whole new dimension to the 2010 movie Inception, the science of implanting ideas without the one having the idea implanted realizing that it is happening.
MK wrote-
Henry I am a woman nearly 70; I do counselling free of charge for those who requires same. This same story I have heard many many times from women since 2007.
Let me share one TRUTH about these confused women that comes out in with every new counselling session.
That TRUTH is simply:
At night when they are alone in their beds they cry for a real man to hold them to love them to honor them and to cherish them.
I do pity these poor misguided ladies there is nothing that compares to being a real woman being loved by a real man each understanding their place in a relationship.
But then destroying all that is good has been part and parcel of the PLAN for ages and because education has gone down the drain all over the world, each new generation is more immoral and more brainwashed by MSM.
A sad state of affairs. I would hate to be part and parcel of the so called NEW NORMAL ie men who sit and wee and women who stands to wee if you get my drift, free sex and free STD's, booze and chemicals, chaos and death in the streets, no morals or self discipline or discipline, no parental guidance, murder and mayhem rules.
Gents here is a bit of motherly advice. If a girl has no hymen, she gets no wedding ring. And know that nothing uplifts a man like the love of a good woman. Stop choosing eye candy boys choose use your common sense!
Ladies if a man presses you for sex before you are his wife, run away he has no respect for you and never will he respect you.
Never choose a partner with your EMOTIONS. Look at their WORKS it will tell you who and what they really are.
Last thought; why buy the cow if the milk is free?
Love your articles I share them far and wide stay safe.

Comments for " Victim of Feminism: "I Never Really Had a Fighting Chance""

I am surprised that you would post this narcissistic drivel. DL has no clue. She does not understand the damage caused by women of her ilk. Instead she now bemoans her lost- what? Looks maybe. Ability to manipulate a man? She canâ€™t make anymore bucks table dancing so is seeking for what she can get otherwise, and the poor me pity party continues! I just cannot stomach this kind of trash â€˜I-am-the-victimâ€™ talk. I was married to it for 10 years.

The Powers That Be have been trotting out feminist activism at intervals for centuries. It predates Karl Marx's "community of women" and goes back through the French Revolution to Adam Weishaupt. Revolutionists have always perceived women (as they perceive sexual outliers nowadays) as useful tools in the program to overthrow the institutions of society; i.e., continuous revolution. Followers of Emmeline Pankhurst resorted even to arson to get voting rights for women in the early part of the 20th century. They got the vote, but evidently it didn't accomplish much: a century later they are still griping about being powerless. Only lately have really significant segments of the population come to the realization that political voting rights have always been just a screen behind which financial and corporate power centralizers have controlled the world.

It is noteworthy that, in the result, all these purported "liberation" and "equality" movements have striven not to free people from financial coercion but rather, invariably, to conscript everyone into a Gadarene stampede to outdo their neighbours in "workin' hard" (as Bush Jr. put it) for the goals of the Establishment.

It is not too late for this woman. she has plenty of a fighting chance. just because she is older now does not mean she can not grow spiritually. open up a bible & read about those Godly women then. throw yourself at the feet of Jesus. i hope this woman will read your comments & take this advice. read Ephesians 6:12. since the devil lied to eve in the garden he has used feminism in these latter days to foolthe female even more. to usurp gender roles is a great satanic game that has worked very well; look at the results. it is not too late for any of you females to wake up & understand your Godly roles again. regain your paradise.