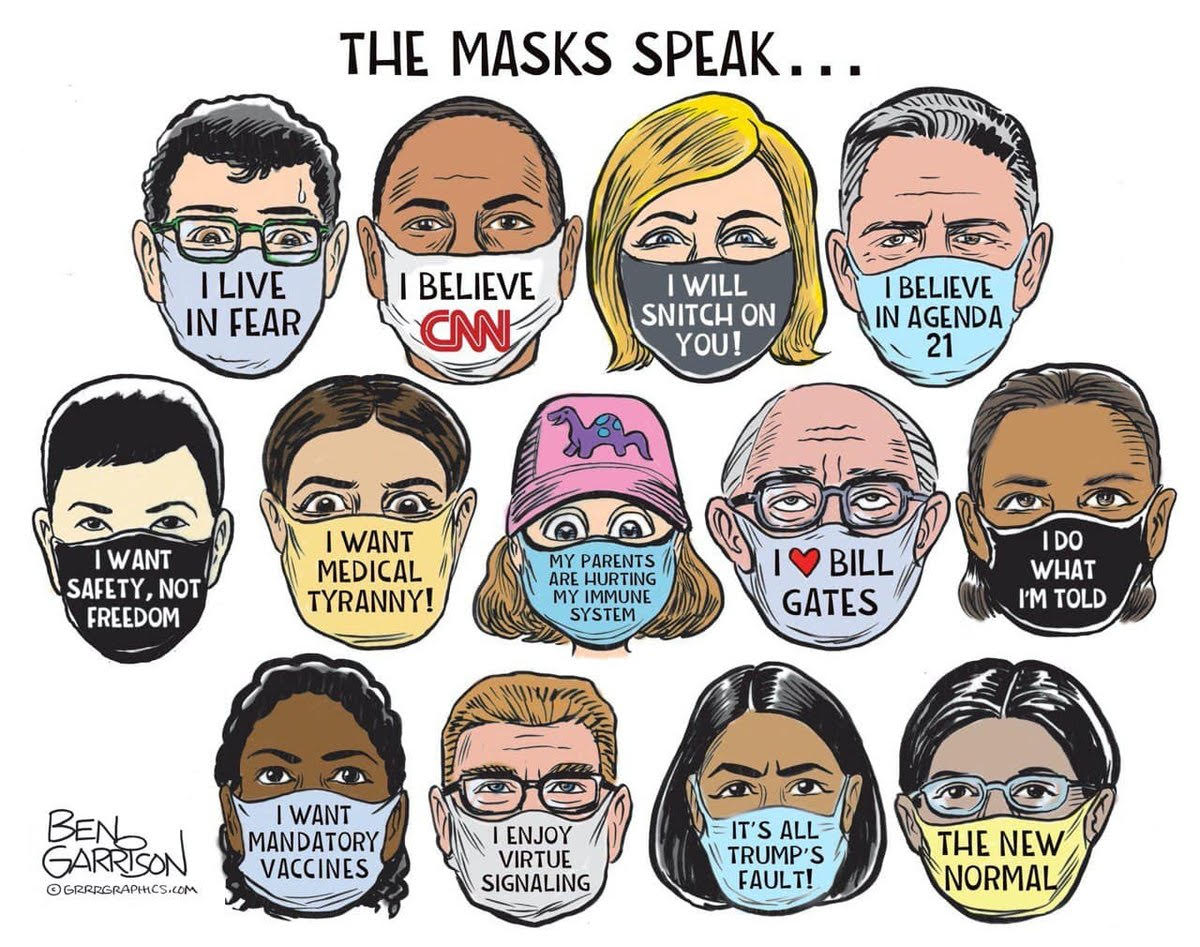 "It's not a millennial thing. It's not a boomer thing. It's not a generation-X thing. The mass hysteria we're experiencing falls across all ages on the spectrum, young and old alike. They're all equally stupid."
by Mike Stone
(henrymakow.com)
I understand if your boss is a brain-dead baboon and makes you wear a mask to keep your job. And I understand if you need to wear a mask in order to enter a bank, the post office, a grocery store, or to ride a city bus or subway. Those are all acceptable excuses. But beyond those, there is no reason - and I mean NO REASON - why you should be wearing a mask. Take the damn thing off.
Don't you know by now that this whole thing is a hoax? That you're being played like a fiddle and made to look foolish by wearing a useless and utterly stupid mask? Take the damn thing off.
I pass women on the street. Normally, my "guy" radar would immediately go off. Not anymore. The instant I see the stupid mask they're wearing, all desire, all attraction, all respect goes out the window. How can you respect someone so stupid? Don't they know how pathetic they look? If I could see one girl - one girl anywhere in the world with the courage and common sense not to wear a mask - I think I would fall instantly and hopelessly in love. Take the damn thing off. 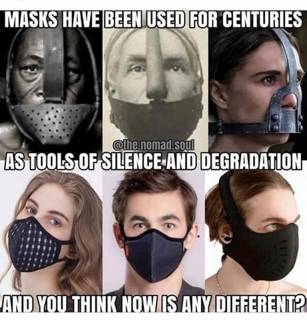 Even more pathetic are the men. Don't they know that masks are a sign of submission, a sign of fear, a sign of cowardice and stupidity? Is that how they want to present themselves to the world? Think about it: the only reason we're being pressured to wear masks is to frighten and cower us into submission.
That's the ONLY reason. That's why the fake president pretends to be upset at states like Texas and Florida that refuse to be frightened. If every man in this country grew a pair and refused to wear a mask, the entire house of cards would come crumbling down. It would cease instantly. Take the damn thing off.
Cars pass me on the street. Dozens, hundreds of them. The majority have their windows rolled up, but the drivers are wearing masks and gloves. Since when did we become a nation of cowardly sheep? Maybe it's always been that way and I just didn't notice. Can you imagine going to war with China or Russia with all the feminized men we have hiding behind masks and walking the streets of our cities? We'd get our asses kicked real fast.
It's not a millennial thing. It's not a boomer thing. It's not a generation-X thing. The mass hysteria we're experiencing falls across all ages on the spectrum, young and old alike. They're all equally stupid.
The fake conservatives have fallen for it. They're all towing the party line, talking now about Trump in 2024, and wearing their stupid masks. Don't tell me you're still listening to them. 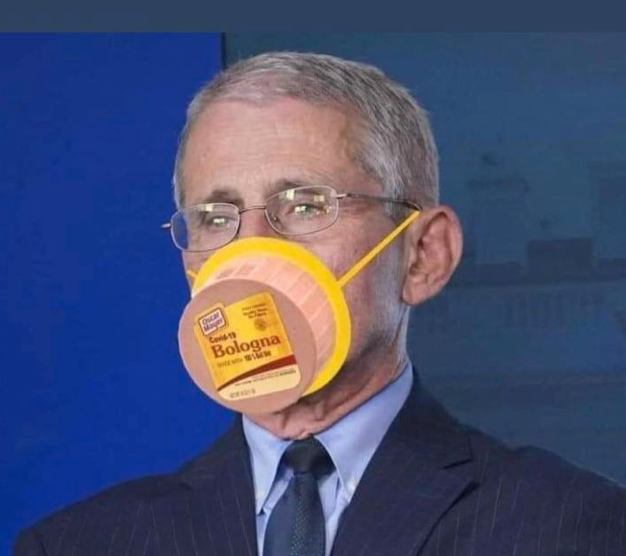 If you're a student, it's okay to question your teachers about your school's idiotic mask policy. Don't be rude and don't say anything that might prompt them to flunk you or worse. But at the same time, make them explain to you in clear language why they're so afraid of a simple cold virus. Ask them which Dr. Fauci was lying, the one who said masks were useless and not necessary, or the one who now says they are essential in stopping the phony virus? One of those fake Faucis was lying. Which one?
Most likely, your teacher won't be able to answer you. And when a teacher is faced with a question they can't answer by a student who is smarter than they are, they tend to respond with threats and name-calling. So be prepared. If you're in the school band, or any other group activity, and they want to herd you inside separate plastic bubbles, tell them to shove it.
So how about you? If you're wearing a mask anywhere other than the bank, the post office, the grocery store, or city transportation, then you're part of the problem. Don't give me your crybaby excuses. Don't be like my family members who begin frothing at the mouth, telling me they must - absolutely must - travel to Florida and visit Disneyland.
Don't be like my friends who say the same thing about going to Las Vegas. If you're traveling like that, you're not only giving power to the lie by acquiescing to their mask demands, you're putting your money into the very pockets of the corporations that are pushing the hoax and that backed the phony election. You're actually a traitor if you do that. You're trading with the enemy.
The same with any other place else that wants you to wear a stupid mask. If your dentist demands it, walk out. If you see a sign on the door of a business telling you to wear a mask, don't go in. Let every one of those cowardly companies go under.
Of course, if you disagree with everything I've just said, if you're wearing a mask while you read this, then there's really nothing I can do for you. Bow down before your masters. Grovel at the feet of those who warp your mind and frighten you into surrendering. Just know that's it's entirely your choice. No one is forcing you to submit, to be fearful, to wail and cry like a baby. It's all on you. Take the damn thing off.
-----
Mike Stone is the author of Based, a young adult novel about race, dating and growing up in America, and A New America, the first novel of the Alt-Right, a dark comedy set on Election Day 2016 in Los Angeles - - Available on Amazon.
Related - Numbers In The New CDC Report DESTROY The Case For Mask Mandates 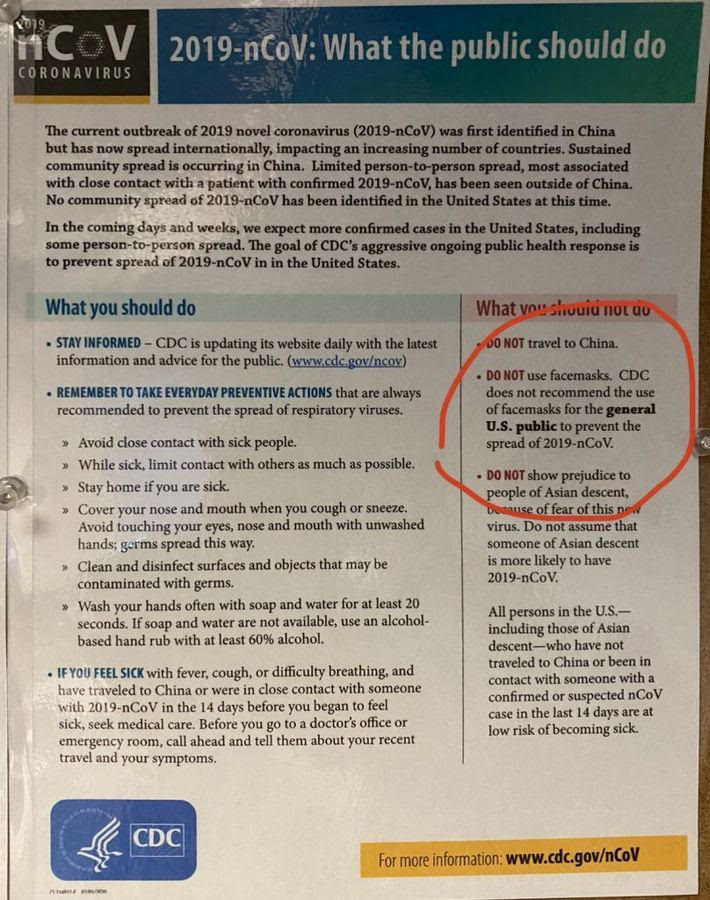 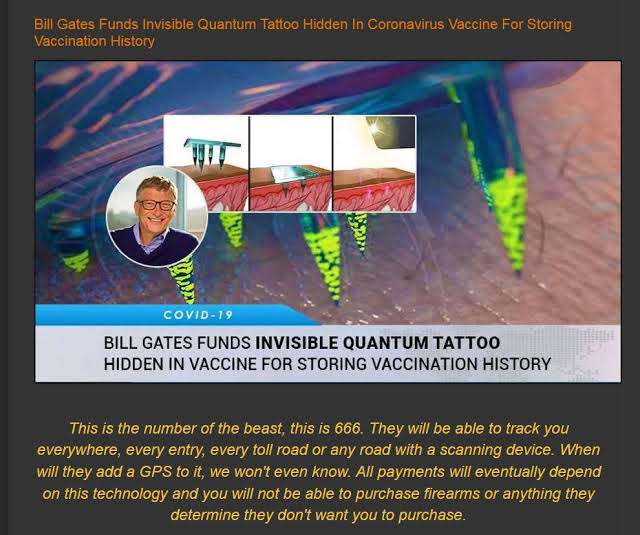 First Comment from David C-
Both Fauci and the Surgeon General both recommended the public NOT wear masks previously, during the beginning of the scamdemic/plandemic last year.  The Surgeon General even "doubled down", and told the public to not wear masks a second time a month later.
There is no "SARS-CoV-2" virus anyways, which even the CDC (a for-profit vaccine corporation) has admitted.  If anybody still thinks that the "CV-19" pandemic is real, they need to do some reading at nomorefakenews.com.
After that, I recommend both Dr. Andrew Kaufman and Dr. Thomas Cowan, who have made many videos exposing this fake "epidemic/pandemic" (plandemic/scamdemic), and there are many others.  "The Infectious Myth" is a book that brilliantly exposes the BIG LIE allopathic 'medicine" is based on. Invisible pathogens floating in the air are NOT how people get sick. Sickness is caused by toxins in the air, water, food, and soil, or intimate contact (STD's etc.).  Allopathic fascism has caused more suffering and death than all the wars put together, by an order of magnitude.
The so-called "Spanish Flu", which killed 20-50 million people after WW-I ended, was caused mostly by vaccines, and forced mask wearing, with drugs and EMF pollution [electro magnetic] contributing .  The seminal book "Invisible Rainbow" explains how EMF pollution has been destroying our world, for over a century at this point.
Mandatory vaccinations happened throughout the 1800's too, and caused widespread suffering and death, which only ended when the governments ended compulsory vaccinations.  This "medical genocide" has been used repeatedly for centuries, yet humanity still doesn't get it yet (smh)..........?!!!