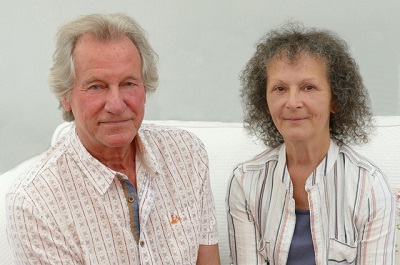 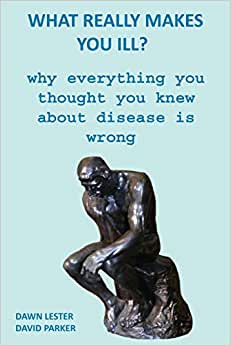 WHAT REALLY MAKES YOU ILL?
In chapter ten of the book, Lester and Parker, offer four factors which can cause ill health.
The first factor is nutrition. The human body needs proper nutrition for optimum health. The authors say that a plant-based diet is enough to provide optimum health.
The second factor is toxic exposure. The air we breath, the water we drink and the food we consume need to be free of toxins.
The third factor is EM radiation exposures. Cell phones, living too close to a cell phone tower, wi-fi technology and the new 5G are examples of possible radiation over exposure.
The fourth factor is prolonged emotional stress.
Lester and Parker recommend a plant based diet to achieve proper nutrition. They say that all the vitamins and minerals needed for the body can be obtained from a proper plant based diet. This advice by the authors should be revisited.
Much research by medical authorities dispute the assertion that we can get our vitamin and mineral needs from diet alone. Dr Joel Wallach says that we need 80 vitamins, minerals, amino acids and fatty acids every day to avoid illness and disease. Dr Wallach says we must supplement every day to get the proper nutrition because we cannot get the proper nutrition from diet alone.
Humans, because of an ancient genetic defect, cannot produce vitamin C in their livers. Dogs, cats, cows, chickens and other animals do produce vitamin C in ample quantities internally.
Two time Nobel Prize winner Linus Pauling made the case that heart disease in humans was a vitamin C deficiency and that we must supplement with vitamin C every day to avoid this number one killer of the population.
Published in December of 2019 "What Really Makes You Ill?" preceded the current corona virus phenomenon. Lester and Parker address the corona virus issue on their web page at www.whatreallymakesyouill.com. The videos on this web page are must-listening to understand the current corona virus controversy.
In over forty five videos, Lester and Parker expand their discussion of the failed germ theory and repeatedly call the current corona virus pandemic a hoax.
Links for further reading:
(1) www.whatreallymakesyouill.com
(2) Dr Joel Wallach - https://criticalhealthnews.com/
(3) http://orthomolecular.org/
(4) www.doctoryourself.com
(5) www.nomorefakenews.com
-------------------
First Comment from Ezra
The authors can't explain the spread of infectious diseases and why the body gets relief when antibiotics and antivirals are administered.
Tell them to expose themselves to anthrax, tetanus, leprosy or salmonella and then see how they panic and rush for modern treatments.
Multibillion dollar bio weapons' labs are not foolish to waste money, time and research tinkering with germs.
Viruses are not dead but remain inactivated outside host cells. Once inside, they use the host cell's machinery to replicate.
The millennia old Ayurveda system of herbal remedies refers to germs as pathogens and so does allopathy.
Peddling pseudoscience is dangerous as gullible persons can be seriously harmed by listening to unqualified quacks with a poor understanding of diseases.
Stefan Lanka too cannot explain the spread of infectious diseases and says our collective moods serve as the trigger. What rubbish.
There are esoteric and incisive causative factors underlying communicable diseases from a mystical context but even the mystics see pathogenic germs as physical materializations of inimical subtle forces that sweep through the atmosphere catching those persons with lowered immunity in their net
Next, the British couple will claim genetic mutations don't exist.
Electrical fields disturb the body-mind equation only if they are ionising. The earth is impacted by millions of volts of electricity coming from space.
Diet is important only as a prop to stay healthy. In fact, even the most healthy foods generate toxins and waste in the body that need to be flushed out.
Life expectancy has vastly risen over the past 2 centuries due to improvements in healthcare, clean water, hygiene and sanitation.
Most important, inheriting a sound set of genes and maintaining it through healthy lifestyle choices is key but this too works within a threshold. Before an attack from disease germs, even the most robust immune system often succumbs and needs medication.

The Contagion Myth: Why Viruses (including "Coronavirus") Are Not the Cause of Disease by Thomas S. Cowan MD, Sally Fallon Morell, Hardcover | Barnes & Noble

This idea that viruses can be transmitted is an idea based on faith rather than science. If it was scientific, experiments that verify this hypothesis would be published. It would help in formulating models. It may very well be that germs can be transmitted, but germs aren't viruses. Germs have digestion and brains, viruses do not.

The problem here is a complexity that goes beyond the human imagination. There are many variables. In engineering our computers deal with nine variables in controlling the flight of an aircraft. The equations are simple and the systems evolve to change the constants in the equations to better predict and correct for a flight path as air conditions change. We have a branch of math called systems theory and it can only deal with relatively simple equations and due to its limitations, engineers also have to understand the system at a qualitative level to put these models together.

The human system has a complexity that is orders of magnitude higher than this. An engineer may very well be able to determine the effect of masking your carburetor, but that does not mean a doctor can understand the effect of mask-wearing on the human system. In medicine, they have to rely on data and statistics rather than system models, hence "evidence-based medicine". The models don't work, maybe one day in the far far future they will. There aren't any long-term studies on vaccines, and that should really cause people to stop and wonder if they even want to know - or do know and aren't saying. There are no actual experiments that verify the viral transmission model. Perhaps this is forbidden knowledge similar to experimenting with EM fields on biologicals - it's forbidden.

Ezra seems to not get the message of the book. I have it and read it in depth and although the authors present the material in a form
reminiscent of the "Suma" , it should not be beyond the average thinker.

Ezra has the earmarks of one having taken the "blue" pill.