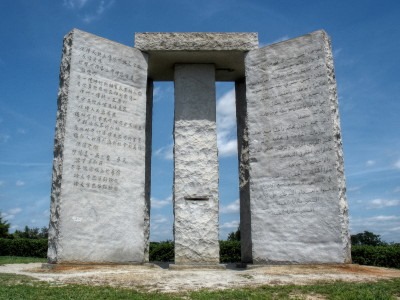 A credible source
provides answers
to many questions
bothering truthers.
She must remain
anonymous because
whistleblowers are
being murdered.
by Henry Makow PhD
1. The Georgia Guidestones were constructed by the founder of Scientology, L. Ron Hubbard in 1980. The 500 million depopulation goal was intended to reserve the planet for scientologists. Hubbard, who considered himself to be "the antichrist," personally supervised the construction, going under the name Robert C. Christian. Bill Gates was a scientologist who took depopulation to heart.
2. JFK was shot by his limo driver, Secret Service agent Bill Greer.   JFK was killed for trying to abolish the Federal Reserve. The Secret Service is controlled by the Fed. Trump was probably threatened with assassination if he contested the rigged election. 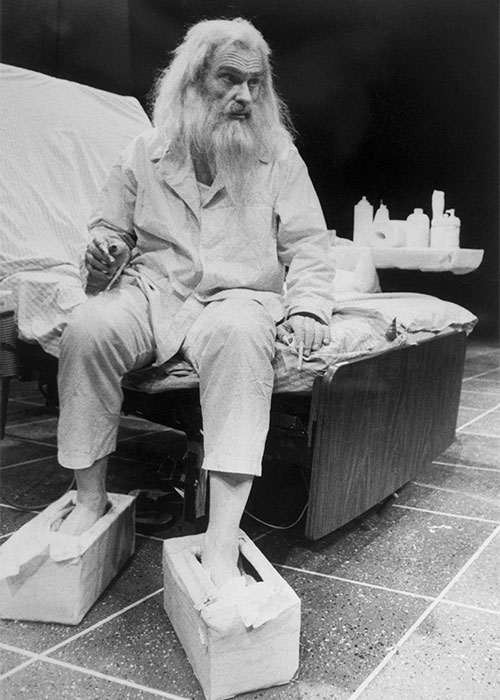 3.  Howard Hughes faked his death in 1976. A double, a mental patient by the name of Kevin Rowlands (left) was sacrificed. Hughes died in 1991 (age 86) and was cremated. He spent the period 1976-1991 supervising his empire from Vandenberg Air Force Base in California and Roosevelt Roads Naval Station in Puerto Rico. He faked his death because he was being sued by the IRS for refusing to pay any taxes. He had many excellent disguises but never allowed photographs. He was protected by the CIA and funded their secret projects and moneymaking schemes. He became a CIA asset under G.H.W. Bush. Claims that Hughes married Eva McLelland and lived in a trailer seven miles west of Troy AL are false. Hughes had two children, Andrew J. Cipollo by a waitress named Jeannette Marie Cipollo and Ernie Kanzler by Katherine Hepburn.  Ernie was adopted by Mrs. Kanzler, the sister of the wife of Edsel Ford, at the request of Katherine Hepburn.
4.  The 1969 NASA moon landing was staged in Piedmont NM.
5.  The Covid 19 vaccines are indeed intended to depopulate the planet. They are not vaccines but "gene therapies"  the effect of which should be apparent within six months.
-------------------
Related - Josh Reeves -- L. Ron Hubbard & The Georgia Guidestones
First Comment from YI
Scientology parallels Theosophy established by heretical Russian Jewess Irena Blavatsky who turned to occult than to G-d. Blavatsky's close friends were Swami Vivekananda (Free Mason, Vedantist, disciple of sorcerer Ramakrishna Paramhans, occultist par excellence and occult mentor of Nikola Tesla), Sri Aurobindo (occultist par excellence),  Madame David Neel (occultist par excellence in the Tibetan tradition), The Mother (Meira/Myra Alfassa - Sephardic Jewess affiliated to Sri Aurobindo and occultist par excellence), Max Theon (heretical Jew, occultist par excellence, son of a Polish Rabbi, husband of Scottish Christian occultist par excellence Alma Theon and mentor of Meira Alfassa), Annie Besant (occultist par excellence who, with Bishop Olcott, in the late 19th century CE, undertook a detailed psychic investigation of atoms with stunning results that parallel quantum physics, strings and chemistry and far exceeds them),  Bishop Olcott (occultist par excellence), Bal Gangadhar Tilak (Theosophist), Aleister Crowley (occultist par excellence) etc.
Scientology's focus is on thetan/self/atman/brahman as the supreme creatix and stresses recurring reincarnation that places it with Vedanta.
Actually, both Scientology and Theosophy represent the Hindu yogic traditions with some twists. It's all nectar on the top but poison beneath. IONS, in Petaluma, California, under Dr Dean Radin (heretical Jew, senior scientist, fan of Patanjali Yogasutras (aphorisms), electrical engineer and parapsychologist & ex-head of the CIA's Project Stargate on remote viewing) has ties with them and they dabble in occult passing it off as scientific research into mind-matter.
Our Rockerfellers, Rothschilds, etc are mere pawns or fronts in the hands of the world's most elite living occultists.
The Globalists revere these famous occultists (sorcerers). The most powerful sorcerers operate covertly and are the force behind the Globalists. I was shocked to know that the Rockerfellers, Rothschilds, Bundys, Astors, Li family of China and other leading Illuminati families cower before these sorcerers/occultists who call all the shots and lay out the agendas that the Illuminati have to execute.
The Illuminati recruit shills like Klaus Schwab, politicians, media, Bill Gates, Henry Kissinger etc and create tech companies among others to get the agendas implemented in the world. The top sorcerers behind the Globalists in turn receive orders from high ranking demonic spirit beings who communicate with them via seances. So, Rockerfellers, Rothschilds etc are mere fronts of the world's most powerful group of sorcerers who work from behind the scenes..the Globalists are terrified of them.
Yacov

Comments for " Georgia Guidestones Were Built by L. Ron Hubbard"

They all boil down to one thing: Kabbalah.

Your whistleblower is full of shit - there is no Piedmont, NM -fictional

JFK was shot by Sturgess and Morales - sharpshooters for CIA and from the front. The driver theory was disproven.

E. Howard Hunt gave it up in his deathbed confession. He said "Corsican sharpshooters"

It opened in the fictional town of Piedmont, New Mexico, where a military satellite had returned from space and mysteriously killed nearly everyone in town.

That title that states that L. Ron Hubbard built the Georgia Guidestones is absurd. Hubbard was struggling with illness in 1980 and he was living in San Luis Obisbo, California. He died in 1986.
There is nothing at all in Scientology that states that population should be reduced. Bill Gates is certainly not a Scientologist. Many famous people have read and used some information codified by Mr. Hubbard though.

The information in the books of Scientology is very helpful in living life. I highly recommend it.