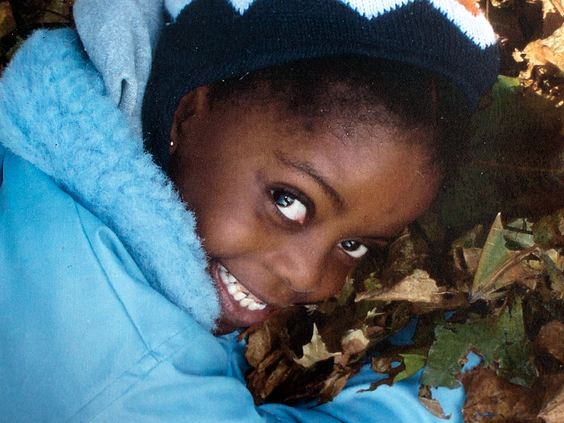 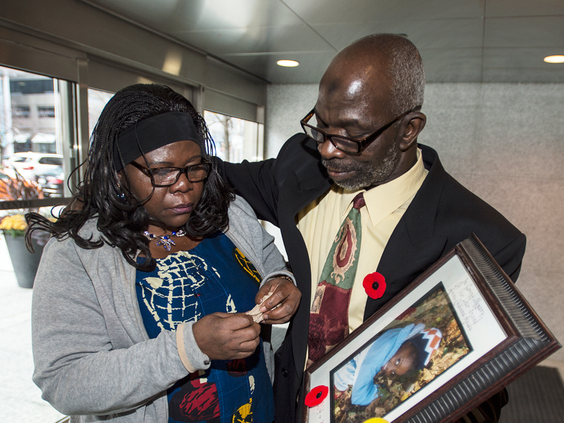 (Amina's parents mourn daughter)
Governments faced major pressure to procure the vaccine and administer it widely, but at the same time there were concerns about the safety of the product -- known in Canada as Arepanrix -- after its rapid development.
Smaller-scale trials before the vaccine hit the market, and large-scale "surveillance" after its actual use have shown it was generally effective and safe. Some evidence gathered through analyzing its rollout worldwide suggests it increased the risk of developing narcolepsy, a neurological condition that causes extreme sleepiness.
Amina had developed pain at the site of her injection by the evening after she received it on Nov. 23, 2009, the court was told. She later developed fever and pain in her stomach, keeping her out of school.
But by Nov. 27 she was feeling better and seemingly fever free, and she returned to class. By the time she got home, though, she complained of pain in her feet and of generally feeling unwell.
The next day, she was still feverish and had a sore throat. At one point, Amina's mother, May Hyacenth Abudu, asked her son to check on her in the bathroom.
He discovered his sister there, unresponsive, and Abudu desperately attempted CPR, to no avail.
Dr. Michael Pollanen, Ontario's chief forensic pathologist, examined Amina and concluded that she had died from Sudden Arrhythmic Death Syndrome (SADS) -- which essentially describes a fatal cardiac arrest where the cause is unknown.
At the trial, the family brought forward evidence to try to suggest that Amina had developed a fever as a result of the vaccine, which led to Tylenol use. That in turn exacerbated the asthma the parents say the girl suffered from, leading to higher potassium levels, which could cause cardiac arrest, the plaintiffs suggested.
Yet the girl's death did not even make it into official catalogues of possible "adverse reactions" from the vaccine, alleged Ghosn.
"There's no arm's length here with anybody: Health Canada ... joined at the hip with GSK, deciding what is an adverse event report and what isn't."
The family relied in part on testimony from California-based pathology PhD and legal consultant Mohammed Al-Bayati. He was the focus of controversy several years ago when he provided a report supporting an HIV-positive mother who did not believe the virus causes AIDS, and whose daughter allegedly died from untreated AIDS. Al-Bayati, who is not a medical doctor, has also published a book denying that HIV leads to AIDS symptoms, a view at odds with decades of scientific evidence.
Sutton said Pollanen, plus a local coroner, the Toronto and Ontario public health authorities, the Public Health Agency of Canada and even the WHO reviewed the case and found no evidence the vaccine contributed to Amina's death. And he said Al-Bayati should not be given much credibility.
"It became abundantly clear he lacked specific expertise, his review was conducted without scientific rigour, and his opinion should be given little if any weight," Sutton told the judge.
The lawyers' closing arguments are to end Wednesday morning, when Justice Markus Koehnen is expected to reserve his decision.