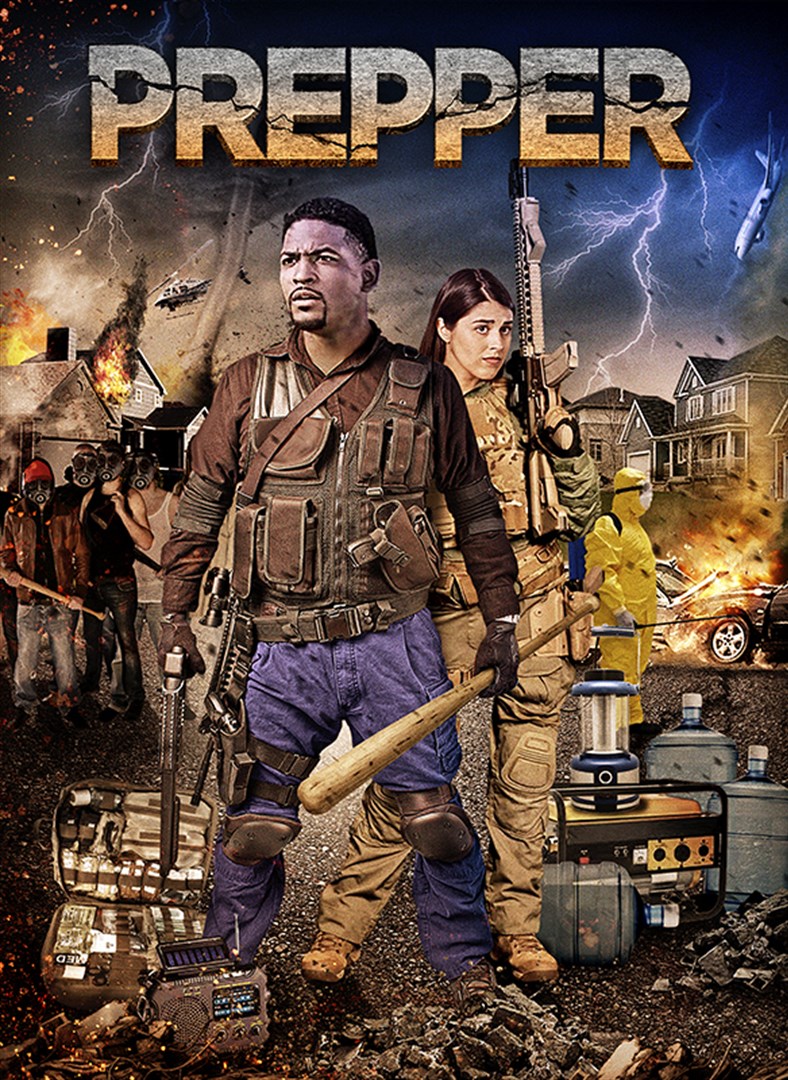 Rich Loomis accused me of profiting from the general turmoil by peddling false hope.  I asked him to provide an example of the message he thinks I should be sending.
Might pessimism be the "appropriate response"?
by Rich Loomis
(henrymakow.com)
I am a prepper, a survivalist, and have been for decades.  For the last 12 years, I have even lived fully off-grid at 8,000 feet in a sparsely-populated region of Southern Colorado, surrounded by 14,000 peaks and open prairies.
But in so doing I have not (and most preppers have not) actually "retreated" from the larger battlefield altogether.  Over the years I have in fact continued to challenge encroaching evil via many dangerous encounters, suffering in the process several instances of imminent death, illegal arrest and jailing with intent of imprisonment for the rest of my life (won two acquittals, the last conducted as pro se in my own defense) and in short, have repeatedly proven the fact that wisely establishing a retreat location is not the same as giving up the fight or being counted as a coward.
On the other hand, I am, even up to this moment, continually confounded and frankly amazed at the sheer stupidity and blindness on the part of so many otherwise highly intelligent fellow-citizens, alternative-news pundits, etc, who while often providing vital insight and documentation regarding the eons-old plans and implementations of the Illuminati/globalists/Jewish-Christian "occultists" among us -- nevertheless utterly FAIL to periodically caution their readers that these enemies have long-since effectively and overwhelmingly WON, because they can easily "up" their game -- whereas we cannot match their capacity for escalation, not even remotely.
Either the great majority of our trusted pundits altogether fail to understand this point, or in fact candidly acknowledge it privately but dare not possibly alienate their support base via an occasional focused discussion.
Having hit the massive iceberg (actually many such) and suffered irreversible damage (as anyone with eyes might confirm by simply observing below-decks for themselves) still the Titanic "information band" plays on, holding their deckchair audiences rapt with endless sequential videos and discussions and proofs and engineering diagrams from the builders, etc -- opining in great detail just how the irrefutable physics and historical precedents from other similarly-sinking vessels foretell an eventual capsizing of the vessel -- unless something miraculous happens! 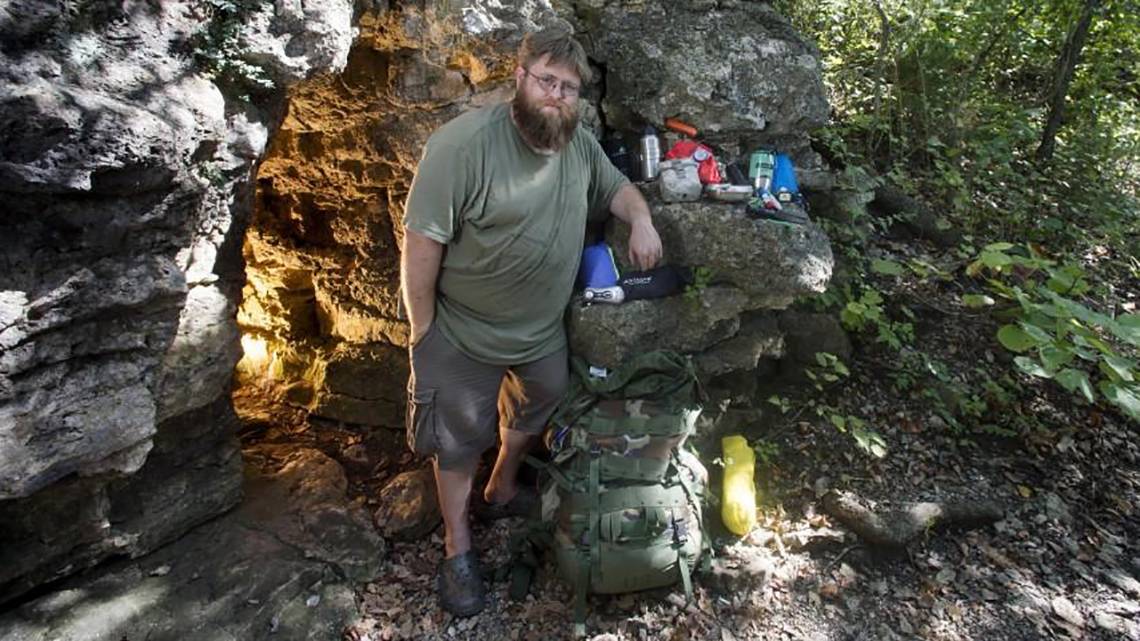 (Build yourself a hole. This is not Loomis.)
Yes, such "alarming" detailing and education does perform a vital service on behalf of fellow-voyagers . . but only for a limited time.  However when the very chairs under our butts begin to slide and a steep listing to starboard (as we today can see all over the globe) becomes apparent, there comes a time to stop YAKKING about the root causes, insurance scams, evil plotting or incompetence, etc and HALT the superficial "bailing" with buckets (trusting in "show room" court cases, cheering as isolated instances of "righting the ship" seem "promising" etc) and instead (or at least in parallel emphasis) begin cautioning readers how to effectively abandon ship, should these formerly "optimistic" measures eventually choke on the cold sea waters pouring into the engine rooms and holds through monstrous and unreachable deep gashes.
Fact is, those forces currently scuttling today's ships-of-state cannot be routed or even demoralized by fully-foreseen instances of "intelligent rebellion" and awakening -- the global "building" is already rigged with tons of high explosives, napalm, thermite, suitcase nukes, what-have-you -- awaiting only a mere tap on a wide array of "buttons" that neither you nor I have even the slightest hope of access!  These "deep bunker" Mt. Weather types of underground cities/control centers etc cannot be breached, short of one or more mother-of-all-hydrogen-bombs that I certainly don't have available . . and neither do you, dear reader!
The culling of our planet's citizenry is clearly already well underway . . and though they would prefer to be as selective as possible, via checkpoint computer lists and similar "get-on-the-bus" or "get-on-the-rail-car" measures, nevertheless if push ever DOES come to shove, you can be sure that they will merely step up their game, dump the power grid, hit the oval office Internet "kill switch" or green light the WWIII option in the Ukraine or China/Taiwan or Israel/Iran . . or perhaps instead simply let loose a REAL bio-war killer virus.  (Recall the Georgia Guidestones and such like.)
PESSIMISM OR REALISM?
Now, why am I presently so "pessimistic" about a great societal "awakening" and effective rebellion?  Well let me tell you!  As an example . . I have almost never worn a mask...Yes, some days I see other open faces, as more and more of us gradually gain ground, daring to rebel . . but overall, the continued evidence of a fully dumbed-down public smug compliance tells me that WE ARE EFFECTIVELY DOOMED.
One full YEAR after repeated published exposures and videos and whistleblowing and documenting . . yet almost EVERYONE I SEE still wear their masks!  Quite simply, this means that "they" have won, not just because THEIR fingers, and not ours, are on all the buttons that really count . . but because they have even at this late date easily maintained their hold on the hearts and minds of the general masses, -- and guess who will be recruited to hunt down people like me . . and some few of you, dear readers?
Where shall they get the endless numbers of future Stasi-like murderous prison guards, executioners, checkpoint staff, medical monsters happily injecting deadly "vaccines" and so on?  That's right. We're so freakin' outnumbered it is pathetic.  If you don't already understand this dynamic, don't bother becoming a half-assed prepper or survivalist . . you are already too blind and stupid to ever succeed at it, even if our "respected pundits" ever started caring enough to suggest this vital care on behalf of their readers and precious families.
--------------
Related - In Defence of Pessimism - 57 Quotes From Rich Loomis

Comments for "Rich Loomis (Prepper) - A Defence of Pessimism "

There are many truths in this text, but also serious errors.

The first mistake is in the vocabulary. Vocabulary is strategic and is widely used by the enemy to intoxicate the masses with a gregarious instinct (logomachy = war by words). We must therefore use words in their exact meaning, which is the etymological meaning. Thus the terms "optimist" and "pessimist", which represent both deviations from the only right thing, which is realism, and which consists in appreciating the reality as precisely and objectively as possible. The great french writer Georges Bernanos (1888, 1948) says it in his own way in La liberté, pour quoi faire? (Freedom, for what?) "optimists are happy fools and pessimists are unhappy fools".

The errors in the text are due precisely to a biased view of reality, and it is precisely in this that the aim of intoxication in the technical (military) sense of the term consists: "Intoxication consists of making the adversary believe what he should believe in order to be always surprised by the event, of reality - to constantly have a false view of the situation -, so that he conducts his war or his politics blindly, then paralytically. "Pierre Nord, L'intoxication, Fayard le Livre de Poche, 1971, pp. 23-24. Pierre Nord is the pen name of the former military intelligence colonel André Brouillard (1900 - 1985).

Our author, visibly atheist materialist because he is concerned only with material things, counting only on his own forces, does not know it, but he has already fallen because, he simply forgot to reconcile himself with the Good God in front of whom he will appear inevitably.

"Humanity will not accept this ruse forever..." - Henry. What Henry has overlooked is that while mandatory masking and total lockdown may go but vaccination will remain. In addition, they've lined up deadlier genocidal mechanisms like world war 3, cyberpandemic, weather modification, tectonic weapons, starvation and germ/chemical warfare using trillions of lethal germs and harmful poisons that'll surreptitiously be sprayed on to populations everywhere. So, yes, the Globalists will succeed in wiping out 90% people in the world by 2030.

No one is going to survive this. That is pure logic - if there are kings of the world (and its not Jews because they don't have a coherent philosophy - they are buried in legalism) the only logical thing to do is to wipe the men off the board and start a new game, using the serpent to help you. If God asked you - what would you do? You would reseed with the best of us - a few thousand and start over and you would be the sole dictator of all of their beliefs and ambitions.

No reason to keep anyone around that knows history.

Loomis is not a pessimist. He is being a realist. Our only hope is in a the aftermath of a general war...if we survive. The regime is much too powerful and the populace much too witless.

I disagree. I think this will be their downfall. Humanity will not accept this ruse forever.

Good post today by Rich Loomis, but I don't see how his position is that much different than yours. He's pursuing a tactical retreat, but he's still engaged with the enemy, as are you. We are all fighting the battle on different fronts, doing what we can. There's also the question of what "victory" actually looks like.

If Rich is talking about saving the country, then he's right, we are basically doomed. But if victory is saving our souls, then nothing is lost or can be lost if all we all continue doing what we can to ensure our place in Heaven.

If Biden causes WW III, i don't care where the F you are, how much canned food you have, top of Mt Everest, nothing will help.

Either radiation or Nuke Winter to follow will end all carbon base lifeforms, as we know it for good, one thing will only save your ass then, Jesus Christ and that's it, end of story!