Our Current Experience in a Cosmic Perspective 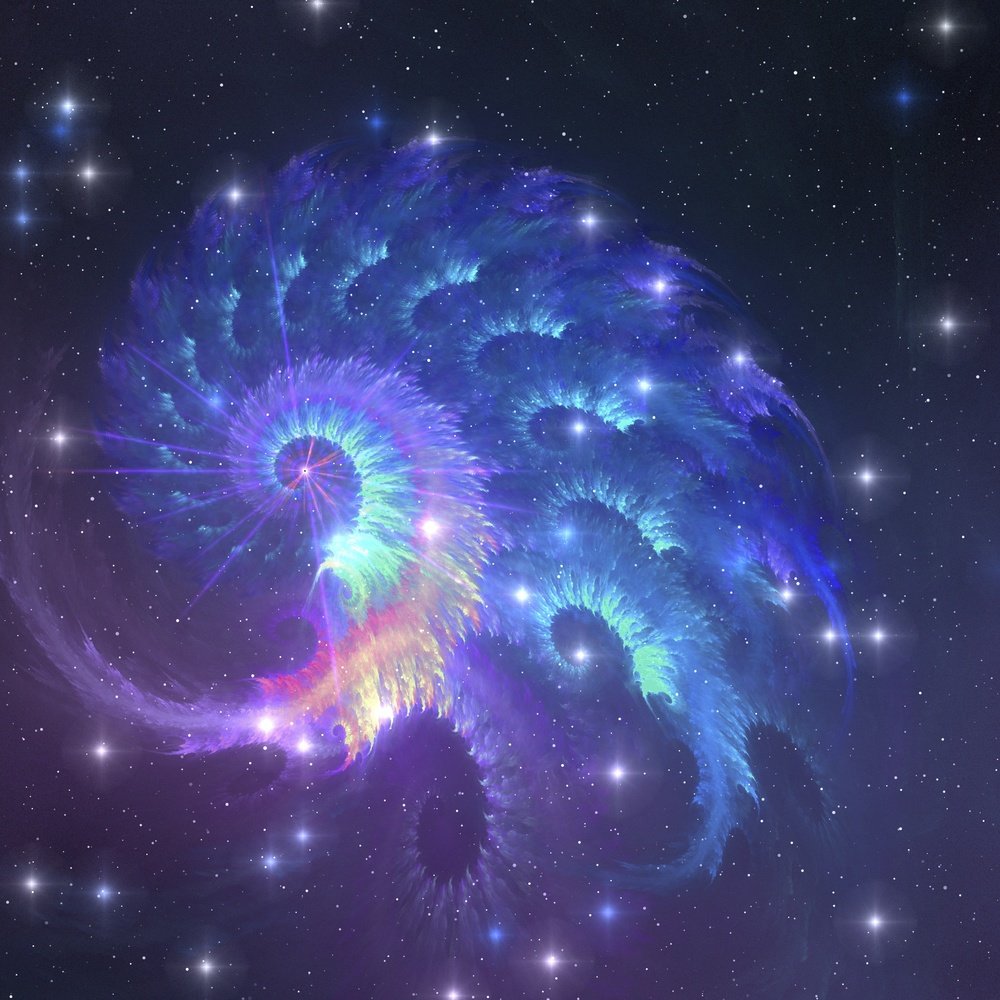 We are eternal souls - sparks of One Divine Creator, of many names.

Disclaimer:  This article is by a respected longtime reader. I don't know what to make of it, but I like to think of my site as a place where such an article can be posted.

The different religions are built on the experience of soul consciousness fitted for the times and climes they lived in. The ultimate aim of every soul is to realize soul-consciousness itself, at which point it will be freed from the cycles of reincarnation.

The cycling of the ages is connected to celestial movements, and the 26.000-year cycle through the signs of the Zodiac. The low point of the current cycle was in year 500 AD, and we are currently on track to higher vibrations. 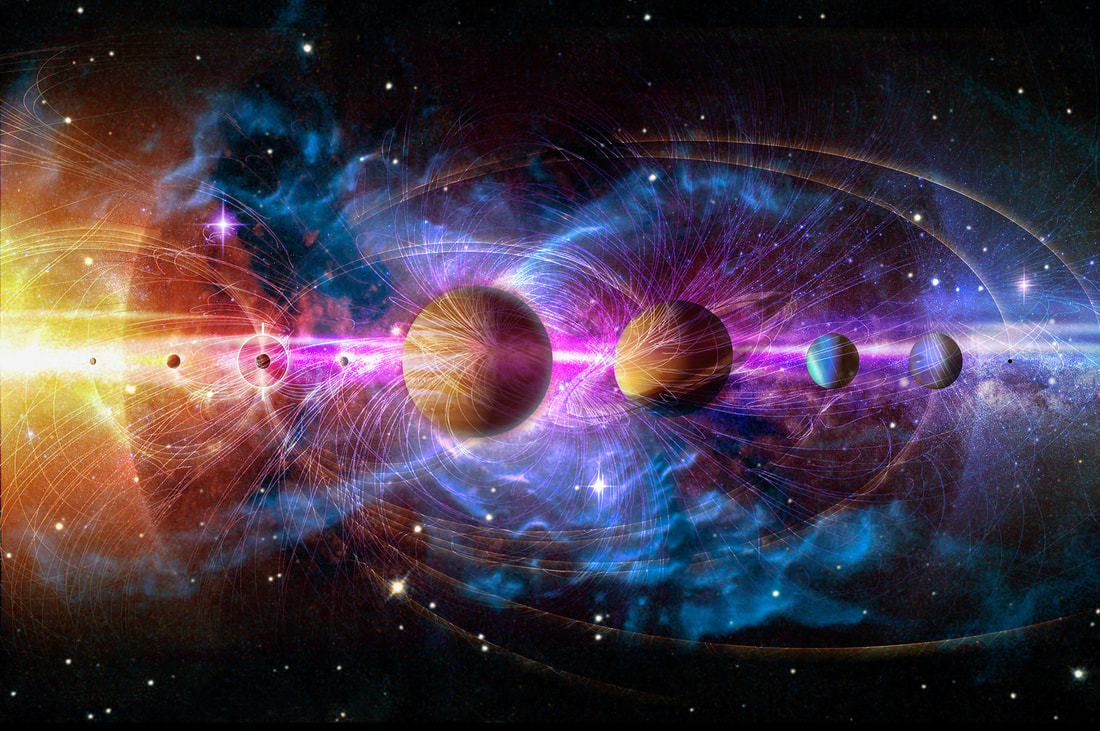 The Earth came out of a material age, a Kali Yuga, in year 1750, and with a 200-year chaotic change period, it was finally exited in 1950 - and we are currently in an ascending Dwapara Yuga, with a different vibrational pattern - love and creativity are connected to it. It seems worthwhile to think of cymatics when considering these ages, and the periods in between them. See, e.g. 2 minutes - https://m.youtube.com/watch?v=GtiSCBXbHAg

The cycle of ages is explained by the sage Sri Yukteswar, Paramahansa Yoganandas guru, in his book "The Holy Science" (available on PDF).

The "elites" are trying to build a system on the old Kali Yuga template, and they are basically flying blind. Their ideas of economy are wrong, and their ideas of human nature are wrong. The whole Corona- and vaccine-push are based on behavioural theory, which does not include free will, God, love, or inspiration. Their ideas of technology are wrong, too, and their vaunted "Singularity" is never going to happen. Computers have the level of consciousness of the silicon chips they are built on - the same as rocks - and they will never be self-conscious, intelligent, or have a will of their own. Therefore, whatever else happens, the plans of the "elite" are not going to turn out as they think.

There used to be a world-wide, high-level civilization, at the peak of the last cycle of ages, and it was degraded as the ages descended again, and it's knowledge lost. Some of it was kept in e.g. mythology, and in Qabbalistical writings, and in lineages of great yogis in India, but much of it has been degraded and gravely misunderstood. One can see remnants of this high-level civilization all over the world - here is a very good video on it, full of photographic evidence - 1 hours, 25 minutes:
https://m.youtube.com/watch?v=eVUIu90W_Xg&t=4578s 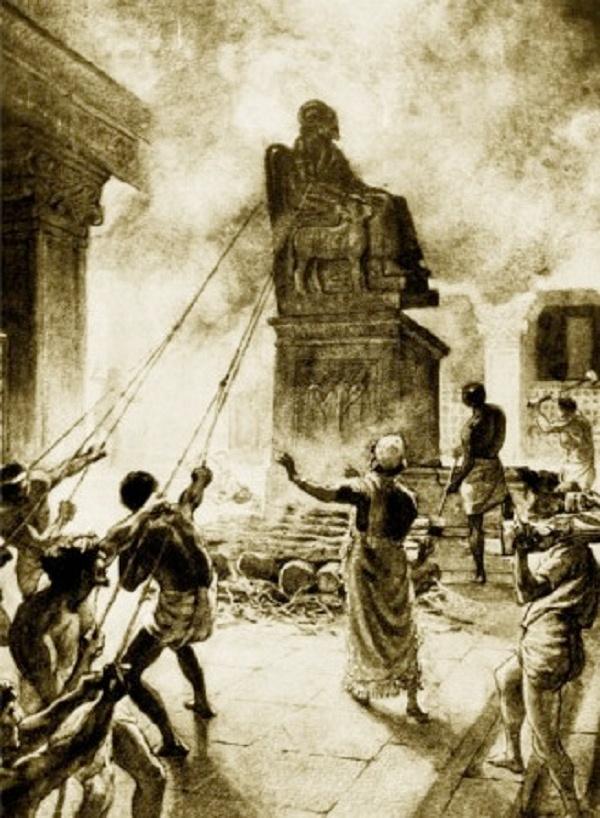 When looking at religions, it is highly worthwhile to consider in what age they were expressed - the outward religious experience for a descending Dwapara Yuga is vastly different from that of an ascending Dwapara Yuga - although the Eternal Wisdom they are based on does not change.

Keeping this in mind goes a long way towards explaining e.g. why Judaism (founded in ca. 3000 BC, at the beginning of the last descending Dwapara Yuga) is based on strict precepts on what should *not* be done. As the ages descend, people become increasingly foolish. As they ascend, the opposite is true. Jesus lived 500 years before the low point of the cycle, year 500 AD, a bit over half-way into the last descending Kali Yuga. In year 500 AD, the last ascending Kali Yuga, that ended in 1750 AD, began.

The nuts-and-bolts-basics of spiritual practice are thoroughly and clearly explained in Swami Vivekanandas "Raja Yoga" (available on PDF). For a contemporary perspective on spirituality and the world, specifically America, I cannot recommend Les Visible highly enough - his latest blog can be found at: http://www.smoking-mirrors.com/2021/04/love-is-looking-out-into-morning-its.html

The more spiritual light we can shine into the world, the quicker the dark dealings of the foolish elites can be countered and dissolved. We are currently on track to higher vibrations - the next high point is in ca. 12.000 years.

TF responds to R's Comment that he is "New Age" and not a Christian:

I am certainly not disputing that there is only one God, nor that Jesus was His son, and one with Him, as He Himself said. That is Christ Consciousness - and all souls shall attain it at some point. As Jesus Himself said: "Verily, verily, I say unto you, He that believeth on me, the works that I do shall he do also; and greater works than these shall he do; because I go unto my Father." John 14:12, KJB.

Jesus was not speaking as His personal human self when He said that. He was speaking as His Soul Consciousness, the Christ Consciousness, which is present everywhere and in everything - which is also the reason that He said "I and My Father are One". God is everywhere, eternally, and at all times. Most of us are just not aware of it being so - but we will be, at some point, as He Himself stated.

Much of what is currently believed by Christians are faulty interpretations. As a central example, The Revelation of Saint John is not a prophecy - it is a symbolic description of Johns inner experiences as He got closer and closer to God. He was a highly advanced soul. The Anti-Christ he speaks of is the egotistic consciousness, tempted by Satan - it is not a person who will show up in the world, although the Illuminati are trying to fool unwary christians into believing so, with the aim of starting an existential war between "true believers" and "the forces of the Anti-Christ" - and then later mop up the broken remnants. Albert Pike describes this plan in his letter to Mazzini, when he says that Christianity should be held in check and "used for the final social cataclysm", after world war 3. This was the plan 150 years ago, and they don't seem to have abandonned the general template. However, it doesn't seem very realistic given current world circumstances, and the better we understand what is going on, the less likelihood there is of them having success with their plans.

We are *all of us* children of God. Jesus also taught about reincarnation, it has just been removed from the Bible. You are correct, a "man" shall only die once. The body, when it dies, decays, and returns to nature - but the soul survives, and takes on a new body.

God is Merciful - He does not throw anyone into eternal damnation for a single life's transgressions, no matter how bad they are. He is more compassionate, more forgiving, and more understanding than we can know. Jesus never said that anyone would go to Hell forever.

He spoke of a place called "Hell" "that always burned" - it was a dump-site outside of Jerusalem where trash was burning night and day. He used it as a metaphor. No soul burns forever - but there is a Hell Realm where evil souls go to suffer terribly, and learn by pain about their transgressions. At some point, they leave it again, and take on a new body.

I agree with you that there is much spiritual ignorance in New Age circles - and I am also convinced that evil people are using it for various purposes. But it is not all bad, and not all wrong. It simply isn't. Although, admittedly, you have to sort through a lot of muck to discover the kernels of truth.

Have you read the Gospel of Thomas? He, too, was a disciple of Jesus, and he wrote about it. There is much value to be found in it.

There's a broad range of interpretations within Christianity. However, there's more agreement than disagreement. Even still, everything you explained is New Age and not Christianity.

Jesus warned us to avoid being deceived. He warned about false christs- other christs that don't match the biblical description of the real Christ. Just because we use the word "Christ", doesn't mean we're talking about the same person.

The entire theology you described is New Age. I'm sorry. If you want to get into genuine Christianity, I encourage you to look up Stephen Bancarz on YouTube. He came out of the New Age and into Christianity.

Comments for "Our Current Experience in a Cosmic Perspective "

You said you didn't know what to make of that article. As a Christian, I can say that it is entirely New Age. I'm not an expert in that religion, but I know they like to syncretize other belief systems into their theology. That's why they have a slot for Judaism and Christianity. However, the feeling is not mutual. Christianity does NOT agree with New Age religion. We do not agree with the slot they place us in.

Christianity does not believe in reincarnation. The Bible says it is appointed ONCE for man to die.

We do not believe in endless cycles of ups and downs. The Bible says that God will eventually put an end to the wickedness in the world.

Christianity teaches that Jesus Christ is far more than a great teacher. The Bible says Jesus is very God (the "I AM") who took on flesh so that He could die as our Passover Lamb of God. His divine life was greater than all of mankind put together. Only His shed divine blood could atone for all of our sins. Only Christ as our Passover Lamb could cause eternal death to pass over us.

New Age religion teaches that we are all divine beings cycling upward to godhood perfection. The Bible says there is ONE GOD, Yahweh, Jehovah, Elohim– the God of Abraham, Isaac and Israel. We are His children, but we will NEVER be gods. We can be with Him. We can be made higher than the angels (also created beings), but there will only ever be ONE GOD.

New Age religion and Christianity are incompatible polar opposites. Do not be surprised if the Antichrist is very VERY New Age.