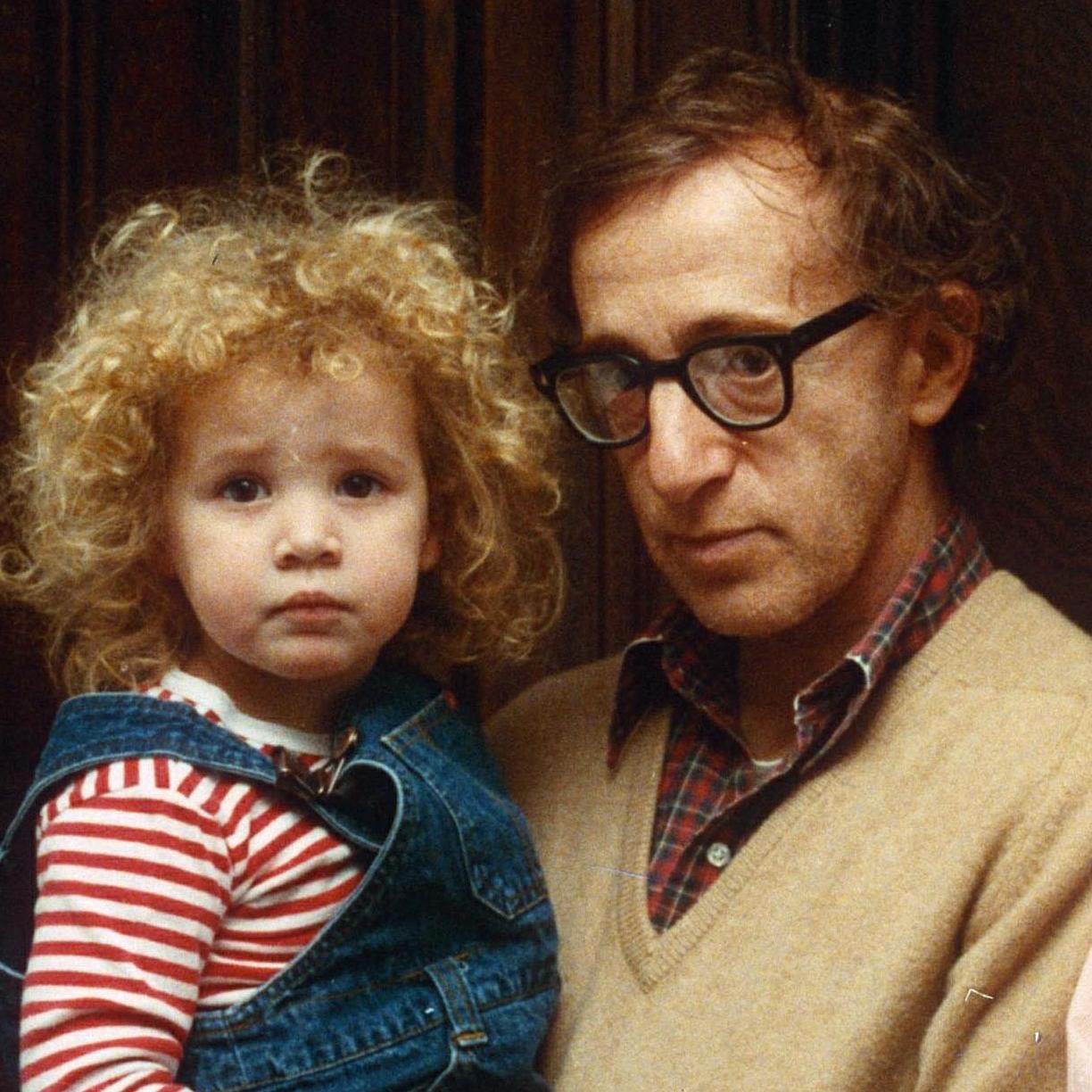 (Predator and prey: Woody Allen and Dylan Farrow)
Allen is typical of the Jewish psychopaths -- Bill Gates, George Soros, Klaus Schwab -- threatening mankind with genocide.  He was incapable of basic human empathy. "He made egotism an art form," said Mia Farrow. He was the center of the universe and insisted on controlling everything.
by Henry Makow PhD
At one point during their 1993 child custody battle, Woody Allen told Mia Farrow: "What's true doesn't matter. What people believe is all that counts."
This statement captures the essence of Jewish Cabalism (Satanism) and explains the mentality behind the covid hoax.
By controlling the narrative, no matter how absurd, they think they can reshape reality to fit their interests, amour-propre and perversions. 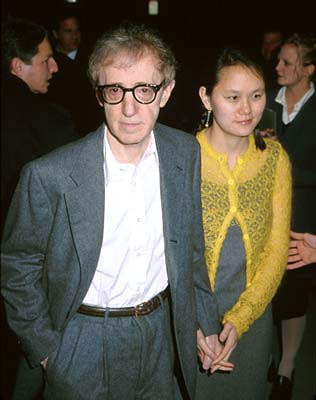 Thus Woody Allen marshalled an array of political, legal and media assets to assert that Mia Farrow's claim that Allen sexually molested her child Dylan was the "revenge of a mother scorned," after he cheated with her teenage daughter, Soon Yi Previn.
I was a Woody Allen fan my whole life and saw most of his movies. I accepted his story until I saw the three-part HBO documentary series "Allen Vs. Farrow" which leaves no doubt that Allen was a pedophile. This is disappointing because once I looked to him for a moral vision.
JEWISH PSYCHOPATHS
Why should this concern us?
Allen is typical of the Jewish psychopaths -- Bill Gates, George Soros, Klaus Schwab -- now threatening mankind with genocide.  He was totally incapable of basic human empathy.
"He made egotism an art form," said Farrow.
"Woody lived and made his decisions while suspended in a zone constructed and controlled almost entirely by himself... He did not acknowledge other beings except as features of his own landscape, valued according to their contribution to his own existence. He was therefore unable to empathize and felt no moral responsibility to anyone or anything." (Mia Farrow, "What Falls Away," 208.)
As the center of the universe, he insisted on controlling everything.   While in a marriage to Farrow, he seduced her teenage daughter and molested her child, fingering Dylan's vagina on more than one occasion.
Sexually molesting children is sick but can be treated. However, the inability to recognize that he is damaging and ruining a child's life, is more serious. This lack of basic human empathy characterizes a psychopath.
CHOSEN PEOPLE 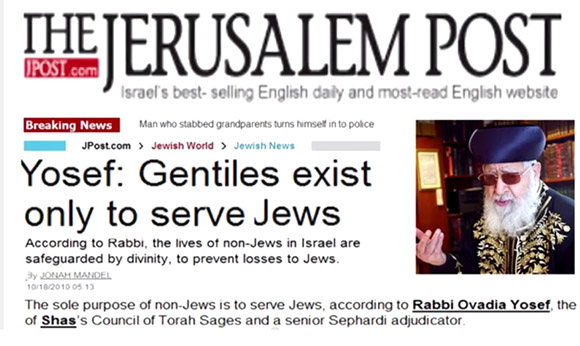 This solipsistic derangement is at the heart of the Cabalist Jewish cancer plaguing humanity. Jews are the Chosen People. The goyim were created to serve them. This is played out in the Covid scam, a classic case of the truth taking a back seat to the spurious genocidal narrative.
Secondly, they never admit their guilt. Allen could have repented and sought treatment. Farrow and the children would have  forgiven him. Instead, Allen denied the charges, and appealed the verdict and visitation rights numerous times. He lost every one.
In losing the first appeal, the court noted Allen's "tendency to place inappropriate emphasis on his own wants and needs and to minimize and even ignore those of his children."  The Judge ordered Allen to pay $1 million in Farrow's legal fees. 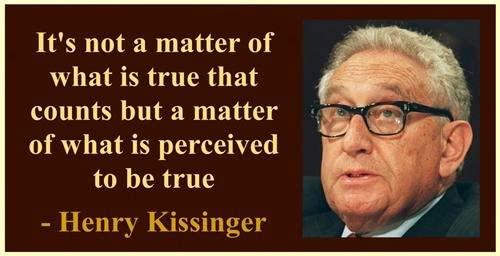 So what does this say about Jewish psychopaths?
1. They will resist the truth at any cost since Truth is theirs to define. Allen spent thousands trying to bribe or intimidate Mia Farrow, witnesses and law enforcement officials.   He is still maintaining his innocence despite overwhelming evidence and even tweeted a response to me: "Stay on your meds."
2.  They will double down. The more Mia resisted, the more Allen upped the ante.
CONCLUSION
Mankind is in the position of Dylan Farrow, attacked by a powerful, vicious predator. Except we have no lioness like Mia Farrow to defend us. We must defend ourselves.
Allen lost. The truth prevailed. The Illuminati have overreached. The covid scam may bring down their whole structure of deceit.
Like Mia Farrow, we must insist on the truth. The Truth will make us free as long as the Cabalists don't control it.
We looked to Woody Allen for a laugh and also some truth. Can we admire his work knowing he doesn't tell the truth?
---
Related - Damning Details from Allen's 1993 Child Custody Battle
First Comment from Christine
Christianity is Jewish.
Judaism is Satanism.
The faithful remnant founded the church - amidst fierce opposition ad persecution from their rebellious  countrymen- and took the gospel to the world. THEY were the light to the nations. What is being set up in the middle east is a satanic deception, facilitated by those ridiculous Christian Zionists.
The Rabbis are all Talmudists and kabbalists: Neither of these abominations has anything to do with the Word of God. Both are 100% blasphemous.
People who go to the synagogue and yawn every Saturday need to realise that they are facilitating psychopaths, who are currently planning their "Final War" (the third part ofwhat they think is "Gog& Magog). This will involve mass death in so-called "Israel", i.e. the Zionist state.
The Kabbalists think that the prophecies that concerned 70AD & God's wrath on the rebels for their rejection of Messiah have not yet been fulfilled, and must now be brought about  (e.g. https://www.chabad.org/library/article_cdo/aid/4511335/jewish/Gog-and-Magog.htm
This is all over the internet for people to read/listen to for themselves. They just need to look-up information on "Moschiach".
In reality, it is the Zionists who are Gog. And they invert everything.

Super-interesting article on Woody Allen. While reading it, I couldn't help thinking of how then and even today Allen is defended by almost everyone in Hollywood. The same way they defend Roman Polanski.