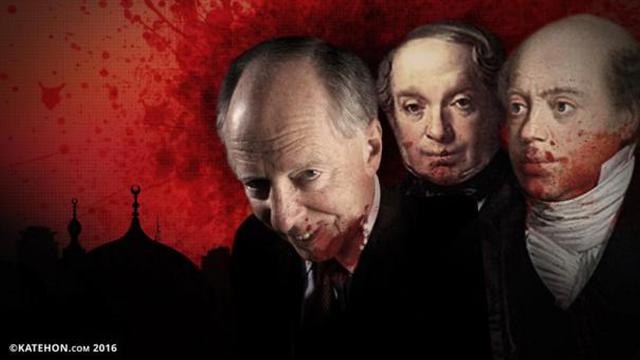 The Covid hoax has provided a unique opportunity to throw off the yoke of the satanist (Masonic Jewish) central bankers responsible for Communism, war, genocide, depression, pandemics, terrorism, corruption & decadence.
bypass mind controllers and stretch out a hand of unity and love
mankind needs a sense of its collective fate
from March 30, 2021
by Henry Makow PhD
I sense a seismic shift. The bankers have overplayed their hand and exposed themselves and their vassals (our elected "leaders") as traitors, gangsters, psychopaths, perverts and mass murderers. Florida, Texas and South Dakota have broken ranks and proven Covid 19 a lie.
This is what a benevolent reset would entail.
1. First and most important, the nations would regain control over control over their credit and currency creation. They would renounce all "debt" created out of thin air. They would create the medium of exchange by spending it into existence, debt-and-interest free.
2. mRNA vaccines would be banned. All politicians, journalists and medical officials who collaborated in the Covid hoax would be fired. Jacob Rothschild, George Soros, Bill Gates, and Tony Fauci would be tried for crimes against humanity and have their wealth confiscated and added to public coffers. Joe Biden would be jailed for rigging an election. The traitor Donald Trump will be tried for reality show opposition and dereliction of duty. All those complicit in the election rigging, including Trump, Pence, Congress and the Supreme Court judges would be fired and put on trial.
3. Media and tech monopolies would be nationalized, broken up and resold to people who will guarantee free speech and the free flow of information. The CIA and FBI will be shut down and reorganized. Local and state police will be purged of Freemasons.
4. Freemasonry would be banned. Its leading members would be tried and incarcerated. Freemasons would be banned from holding public office or employment.
5. Communists would be purged from the education system, especially universities. Universities would protect free speech and inquiry. Scientific method would be re-instated.
6. Antifa, feminists and other Leftists would be sent to "re-education" camps.
7. Elections would be publicly funded. No private contributions would be permitted. Politicians would not be permitted to profit from their office.
8. The promotion of Satanism, gender dysphoria, illegal migration, climate change and all globalist shibboleths would be punishable by fines and prison terms.
9. Family values -- marriage, fidelity, responsible parenthood -- would be become government policy. Human life would be considered inviolate. Abortion would be scaled back or banned.
A healthy national and racial pride would be encouraged. Everybody would be afforded opportunity on the basis of individual merit and industry.
10. There will be a collective effort to discern and enact the Creator's Design. The public would be encouraged to celebrate the Miracle of Life and praise God!
If these measures are adopted, mankind would step back from the abyss and regain the path to a world where humanity can flourish as intended.
WHAT NEXT?
I sense that the bankers' attempt to lockdown and transform society on the basis of a phoney
pandemic is going to fail. People are not going to put up with this bullshit much longer.
The bankers tend to double down when thwarted. The mRNA vaccines may unleash a new wave of illness which the media will blame on Covid "variants" and the abandonment of Covid protocols. However, it will become apparent that only the vaccinated are suffering and resistance to the jabs will stiffen.
Ultimately, the Communist reset will fail. The bankers have overplayed their hand and exposed and discredited their pernicious system of control. The bankers will be left with their nuclear option: crash the financial system by raising interest rates.
--------------
Related - The Foundation and Development of British-Judeo Bankster Money Power
First Comment from Kevin Boyle
Form your Party. Stand for office.
YOU'LL WIN!  Oh, Sorry. I meant, you'll be shot dead.
Great manifesto, Henry, but with one very important omission, in my opinion.
The re-creation of all any system of centralized, remote authority ruling the lives or cultures of communities will be forbidden and no effort spared to systemically minimize the possibility of cliques conspiring to exercise disproportionate influence in their own favour.
All important controls over common resources will be managed by trusted persons appointed from within free, self-ruling communities (as all will be), not put in position by any (potential) cabal of "experts".
We have had enough of government "experts" and whores of that ilk.

Comments for "What a Good "Reset" Would Look Like -- Encore"

One of the best ways to overcome the government’s corruption is to refuse the immorality. All moral issues are settled with just some effort of discovering right from wrong; good from evil. Discovering these things requires right reason and common sense. Few of us were taught how to do it but when I stop long enough to think about my own actions, I always make better choices by abiding within the natural law or order the way the real God created it. I can keep myself separated from the “new world order” by working with what is already there: the natural law.

The perception of what is moral or not is going to be different from one group of people to another. However, the actual truth of the matter is always the same. If I don’t understand something, then I put it aside until I do. It’s upsetting to learn all this at a late age in my life. Better late than never.