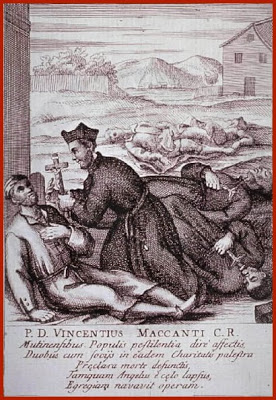 Just like Jews couldn't keep God's contract, Christians have also fallen short. God used Jews to wipe out satanic tribes and even to crucify His Son to fulfill His promise. He is also using them, Muslims and other satanists to destroy the sinful goyim. Jews aren't parasites. The are more like maggots or vultures that consume a rotting corpse. If you were righteous and obedient to God's Law they would have no power over you. A great culling is coming and God will be in charge of it.

I'm very pleased this topic has been breached, I want to whole heartily disagree with a grand scale murder of an entire group of people such as Jews or their freemason dupes. Judaism if practiced to the letter whether Torah or Talmudic is a scourge upon humanity, most Christians and Muslims adhere to this abrahamic ideology in various forms of expression

That said I want to site an example of a great man, a genius with 180 IQ, Bobby Fischer although genetically Jewish he was not Jewish nor is any other Jewish person who does not practice the ideology of being at war with all other peoples and nations ie goyim. It is my belief that when the apostle Paul called the heathens a "peculiar" people and brought them into the fold offering various concessions to hardline Mosaic law. Once into this fold people have slowly lost their humanity, become materialistic and thus become Jews themselves.

The USA consists of a majority of non- racial Jews who believe the lie that they are exceptional secular for " chosen" this philosophy allows a people to see others as less human.

Conclusion; Regardless of race ethnicity or religion if we are silent and participants in this beast system then we are Jews, that said, Henry is not a jew nor was Bobby Fischer, George Bush, prince Charles, and many other non-racial jews are actually Jews perhaps many of us are also, that's for each of us to decide based on how we live our lives.

We donâ€™t necessarily need a cull, whether Gentile or Jewâ€”all we need is a system with the right foundational underpinningsâ€”which, most significantly, has no need for politics:

What does not resonate with itâ€”will wither away.

You cannot blame a man for the group or cult he is born into. It is anti-Christian to believe that all should be exterminated. Christianity has a better doctrine - the doctrine of forgiveness for those who are truly repentant, but Christ also brought the sword. Many are already dead - the Bishop was right about the active participants in this. To be convicted one must have used their hands in the crime or the covering of one, not merely the knowing of it.

No other hypothesis other than the suicide of humanity 1.0 to make room for a new humanity 2.0 composed of people with the very best genetics adds up. This cannot be discredited by what we have seen. Imagine a new humanity that starts with a few thousand of the very most capable among us. Judaism is a perfect "death cult" to make this happen.