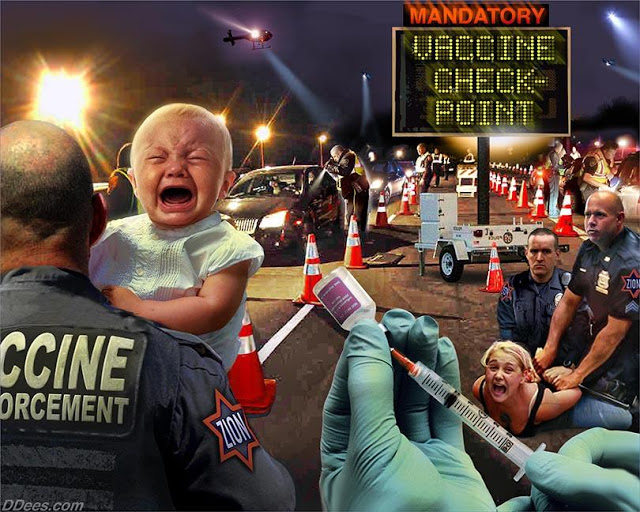 (David Dees was a visionary. Although he died just over a year ago,  he could clearly see what was coming.)
"These are no ordinary times. What was inconceivable pre-2020 is today's reality. What's going on should terrify everyone paying attention.The scourge of toxic covid mass-jabbing for social control and depopulation on an unparalleled scale exceeds the worst of what Orwell and Huxley could have imagined."
Dystopian New Normal
by Stephen Lendman
(henrymakow.com)
The nation I grew up in long ago hasn't existed throughout much of my adult lifetime.
Notably post-9/11 and especially since early last year -- after seasonal flu was deceptively renamed covid with diabolical aims in mind -- US/Western war on humanity went far beyond where their earlier regimes hadn't dare go before.
Not only are US and other Western nations unsafe and unfit to live in, their ruling regimes represent an unprecedented threat to their people and humanity overall.
Are US-led Western regimes on the cusp of mandating toxic covid jabs designed to destroy health, shorten lifespans, and kill maximum numbers of people worldwide?
US federal law prohibits mandated use of vaccines and other drugs unapproved by the Pharma-controlled FDA.
US/Western emergency use authorization never should have been OK'd for unsafe, experimental, fast-tracked, inadequately tested, toxic covid mRNA drugs and vaccines -- notably when no emergency exists. 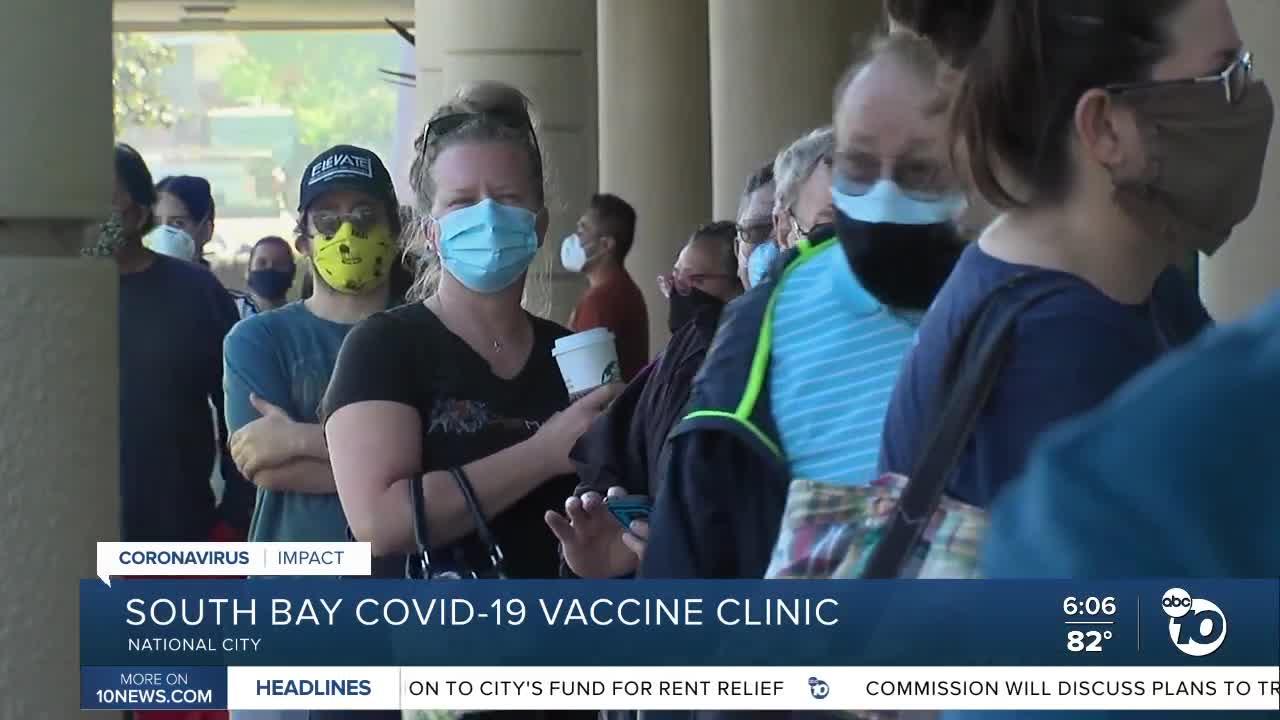 In defiance of federal law and protecting what's too precious to lose, hundreds of US colleges and universities now mandate toxic covid jabs for students and staff.
Unthinkable not long ago, US higher education today risks harm to health and well-being of everyone on growing numbers of college campuses.
On May 28, a US Equal Employment Opportunity Commission (EEOC) press release said the following:
"Federal EEO laws do not prevent an employer from requiring all employees physically entering the workplace to be" jabbed for covid.
In defiance of federal law as explained above, the EEOC supports toxic mass-jabbing as long as not in violation of "ADA (provisions) and Title VII of the Civil Rights Act of 1964 and other EEO considerations."
EEOC guidance breached federal law -- the Nuremberg Code as well that requires voluntary consent on all things related to health.
Growing numbers of employers require staff to be covid-jabbed.
The same goes for increasing numbers of hospitals and municipalities.
On June 23, San Francisco became the largest US municipality to mandate covid jabs for city workers.
Refusniks risk termination. The city's human resources department said the following:
City workers are required to report "their vaccination status...no later than July 29."
If covid-jabbed, they must provide documented proof.
They must be jabbed "no later than 10 weeks after" FDA approval of at least one covid drug -- what most likely is coming, perhaps before summer's end or early fall.
Emergency use authorization alone exists today -- despite hazards to health when covid jabs are taken as directed.
Growing numbers of US municipalities most likley will follow SF's bad example.
Will growing numbers of business establishments, commercial spaces, other public venues, and perhaps residential buildings follow suit?
Will refusniks be ostracized from US and other Western societies for good health practices to stay safe?
According to Newsweek, so-called US "health experts" urged the Biden regime "to promote (covid mass-jabbing) orders and passports -- on the phoney pretext of protecting public health toxic covid drugs destroy.
In California, virtual covid police are reportedly looking for and pressuring covid mass-jabbing refusniks to self-inflict harm.
Last week in Atlanta, unelected Kamala Harris called for "volunteers" to knock on doors and harass refusniks to get jabbed.
She, Biden, their families, other senior regime officials and their family won't touch toxic covid jabs they're pushing ordinary Americans to take.
The same goes for at least most privileged individuals in the US and West -- knowing toxic covid jabs risk irreversible harm or death near-or-longer-term if jabbed.
-------------------------------
VISIT MY WEBSITE: stephenlendman.org (Home - Stephen Lendman). Contact at [email protected]
Stephen Lendman ---"Banker Occupation: Waging Financial War on Humanity"
First Comment from JR-
it doesn't matter here in Australia.
(probably also in other places?)
there is no need to use force.
practically everyone here is overwhelmed by peer group pressure.
the media is backing vaccination like nothing I've ever seen before.
all the 'screens' are occupied by all the familiar 'personalities', all the 'celebrities' in maximum support for it.
what is dumb is that people here like to think they are individuals and think for themselves...
but really they all just fucking love being told what to do.
they all want to display their 'jab selfies' grinning like lollipop sucking infants
it's not about a virus it's not even about a 'cure'
it's purely about 'obedience' and conformity of a massively insecure population.
MB writes-
Everything 'new normal' is part of the communist coup overtaking the planet. That includes geo-engineering and the climate change hoax, it includes BLM and critical race theory, etc. etc.
But to grasp what is behind it all and how it can be so powerful, it is necessary to understand what the power players actually represent. It is not enough to surmise that a satanic cult rules the world.
Starting with powerful corporations like Blackrock, it must be understood that all the major companies have controlling positions in all the other companies and in each other. This makes it essentially one big corporation, able to rule governments and social movements.
https://healthimpactnews.com/2021/unregulated-investment-firm-blackrock-more-political-and-financial-influence-than-the-federal-reserve-and-most-governments/
Here is a page from Yahoo Finance, using Blackstone,-currently buying up the housing market to end private ownership,- as an example.  https://finance.yahoo.com/quote/BX/holders?p=BX  -
If you look under the current price there is a line of things to click on, such as Summery, Company Outlook, Chart, etc. At the end of this like is just a few dots. Click on this to get Holders. Looking at who holds any given company is revealing. For instance, Google owns Youtube, Alphabet owns Google and other companies, and the major firms like Vanguard, Blackrock and Main Street essentially own all of them.
The Great Red Dragon, by L.B.Woolfolk, describes how companies were taking over whole industries in the US during the 1800's. These were obviously agents of the Rothschild international banking system, which could produce money out of nothing and then use it to dominate.

This article is "spot on". I have a hard time believing that anything good will come from this Covid Vaccine Master Plan for the human race.

Why are they so "he'll bent" on getting everyone jabbed with this batch of unidentified chemicals? Is it because they want to take away the autonomy of your God given immunity system and put that also under their control along with your liberties?

As Patrick Henry said, "give me liberty or give me death"? And, one day soon it might come down to that

When I learned of this mass vaccination event that was to happen around 2020, in 1992, I was an engineering student and told I might make it or might not, ie may escape the vaccine. This individual that told me is now very high up in the Canadian establishment and expected to be back then. I do not believe that everyone is getting the same vaccine - talking to people who do get vaccinated and they tell me there are a lot of questions asked before you get it - ie ethnic background, race,..lots and lots of questions. I suspect some are getting a placebo and the vaccinators are well trained to decide